‘All the kids were lying on the side of the road’: Moment mother breaks down in tears at bedside of her daughter, 17, who was seriously injured in a boy racer crash that killed her friend

Distraught parents rushed to the bedside of their teenage daughter after she was injured in a car crash that left her fellow passenger dead in emotional scenes from tonight’s 999: Critical Condition.

Sophie Davies, 18, was admitted to Royal Stoke University Hospital, where the Channel 5 show is set, in June 2019 when she was 17, after she was caught in the high speed crash, caused by two teenage boys racing each other on the wrong side of the road in North Wales.

The collision instantly killed 17-year-old Olivia Alkir, who was declared dead at the scene and four others suffered life-changing injuries.

Sophie, who was airlifted by helicopter, was sitting in the front seat of the same car and was critically injured. On arrival at hospital, she complained of stomach pains, which suggested to the team of doctors that she might have damaged her bowel.

Sophie’s anxious parents, Julie and Steve, visited the scene of the crash before following their daughter to the hospital to find out her fate. 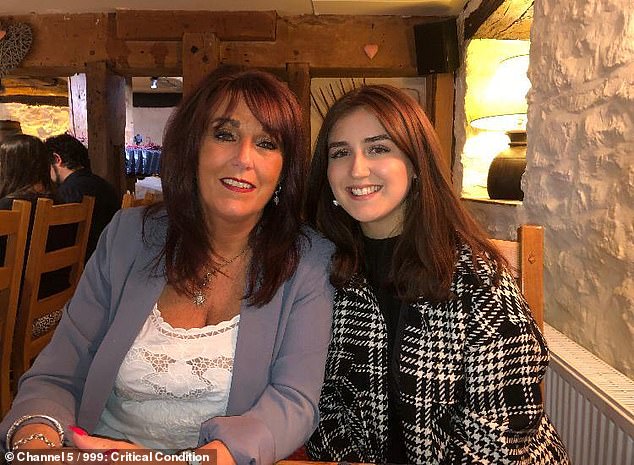 Sophie, 18, from North Wales, was gravely injured in a high speed car crash in June 2019 when she was 17. Her story is featured in tonight’s 999: Critical Condition (pictured: Sophie and her mother Julie after she’s recuperated from the accident) 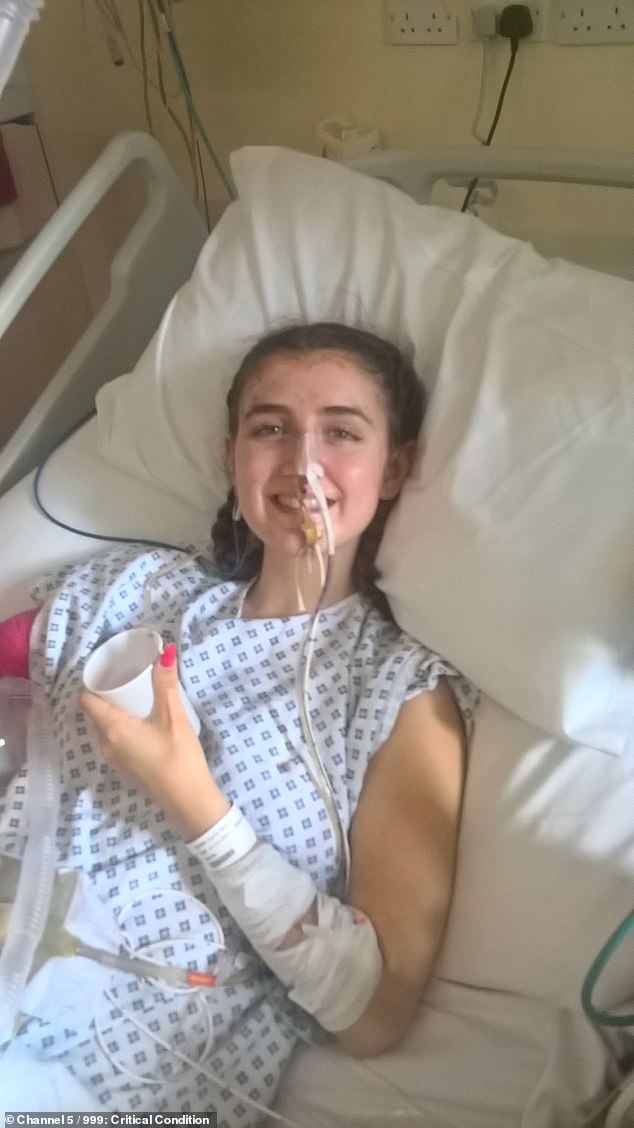 Sophie injured her head, broke her right femur, her right arm and injured her pelvis and bowel in the accident. Pictured recovering in hospital

When she arrived at Royal Stoke, Sophie had a head injury, a fractured right femur and arm, and had also injured her pelvis.

A CT scan showed her abdomen was swollen and evidence of internal bleeding.

‘She is in a critical condition, she’s got significant injuries and if she has any injuries they need to be operated on tonight,’ said Trauma Team Leader Richard Hall.

‘If you did’t operate on her, the parcel of bowel may have already died and if that happens she’ll get gangrene of the bowel inside of her, which will eventually cause her to die.’ 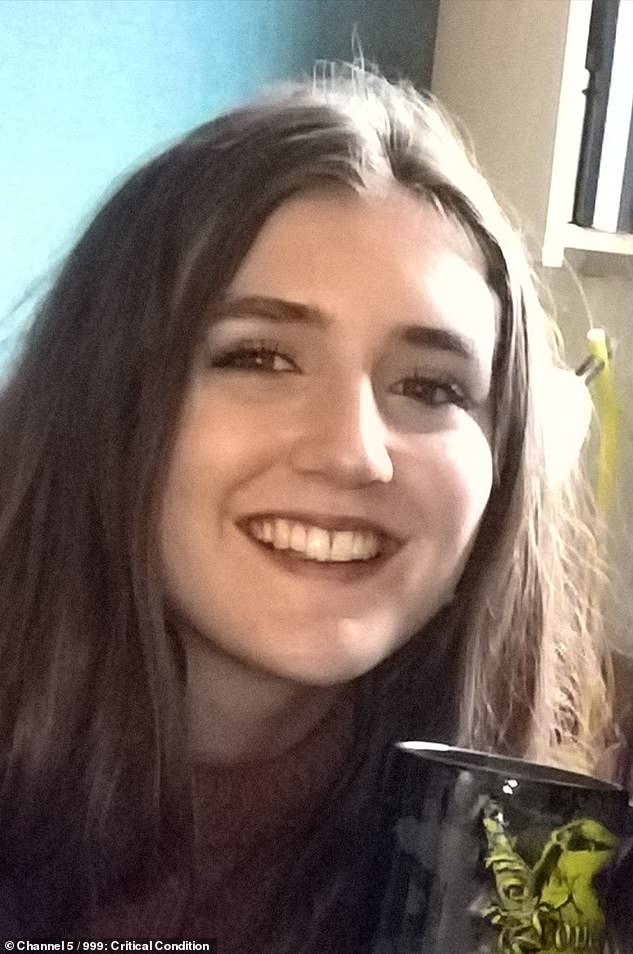 Sophie’s mother was visibly distressed as she recounted how she found out about her daughter’s accident.

‘Had a phone call off a friend, to say that Sophie had been in a terrible car accident,’ she said through tears. ‘So we got up and we saw all these ambulances everywhere.

‘We just went there, all kids were just lying on the side of the road, it was just awful.

‘And then the helicopters, and there was just police everywhere, it was just awful.’ 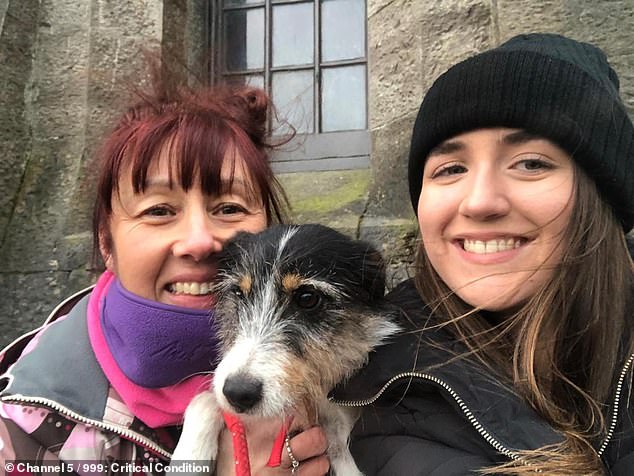 Sophie, Julie and the family dog now. The teenager was at risk of dying for gangrene if the team had not operated on her

When Sophie’s pain increased, Vamshi Jagadesham, consultant oesophagogastric surgeon, decided not to waste another minute and to operate her.

‘The human body is amazing in that it can withstand a lot of insult, but sometimes, the human body just gives up very very quickly and in this situation it is absolutely critical that you get on and do something quickly,’ he told the camera.

Speaking to Sophie and her parents, he explained what needed to be done to keep her condition from deteriorating.

‘We can’t sit and watch you, if it gets worse, and develop into something a bit more worrying so we’ll get on that and do that for you in the next sort of hours,’ he told her.

Dr Jagadesham admitted that he didn’t know exactly what he would find when he opened Sophie up, and that the pressure was on.

‘We saw the parents upstairs, they are putting their trust in you to look after their daughter, that puts a big pressure on you,’ he told the camera as he prepared to operate.

The crash that killed Olivia Alkir, 17 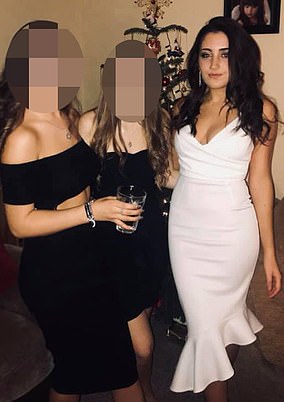 Sophie was involved with the crash that killed 17-year-old Olivia Alkir on June 27, 2019.

Olivia was sitting at the back of a Ford Fiesta which collided at 80 mph with an upcoming Mercedes in North Wakes.

Drivers Thomas Quick and Edward Ryan Bell had been engaged in dangerous driving in Wales before the crash occur.

In March 2020, the two drivers, whose irresponsible race down the B5105 carriageway caused the crash, were sentenced to five years in jail.

Olivia was sitting in a Ford Fiesta driven by one of the boys, who was 17 at the time and had just passed his driving test the day before. She died at the scene of the crash.

Four others suffered life-changing injuries after the Fiesta collided with an oncoming Mercedes.

It was reported Bell – who can now be named as he turned 18 in April – was making the most of a ‘window of opportunity’ before his car was to be fitted with a black box to limit the speed of his driving.

On the fateful day, the group of friends travelled in a convoy of three vehicles, with Quick and the 17-year-old racing each other near Llysfasi College.

The boy drove on the opposite side of the single carriageway and ‘won’ on both occasions, boasting about his victory, the court heard.

But friends commented that he ‘seemed to think he was invincible’ after he hit speeds of 110mph while approaching a 20mph zone.

He had also driven into a ditch after a near-miss with another car. 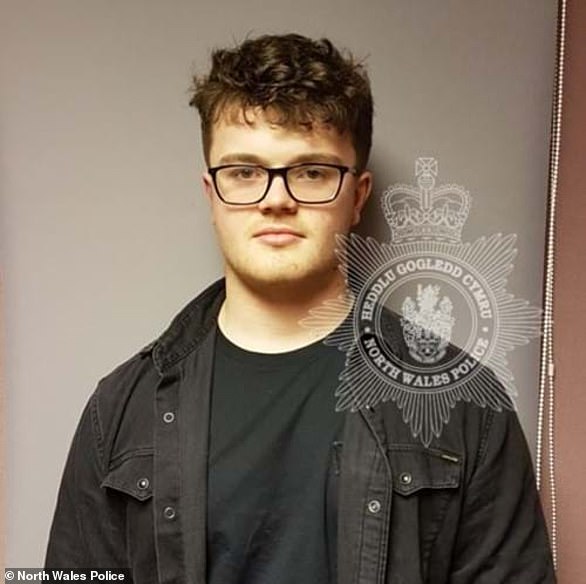 Thomas Quick (pictured) was one of the two boys who were sentenced to five years in jail for dangerous driving. Quick was not driving the car that caused Olivia’s death, but was egging the other driver on

‘That could be you and you’d hate to feel what they are feeling at the moment,’ he added.

Sophie’s mother, tears in her eyes, said: ‘They had a big summer lined up, festivals, holidays, they were going for a weekend this weekend, away,’

‘It was gonna be their summer, she said, they were all very excited about it,’ she adds.

After opening the teen up, Dr Jagadesham was able to ascertain Sophie had sustained an injury to her duodenum, which is located in her small intestine.

The team were able to repair the issue and send the teen to critical care, to the relief of her parents who were preparing for the worst.

999: Critical Condition airs on Thursdays at 9pm on Channel 5.