With tickets going on sale for their tour with O.A.R., Dispatch reveals the emotional ‘cornerstone’ to their new album, ‘Break Our Fall,’ and why the pandemic was an unexpected ‘silver lining’ when it came to making it.

It’s fitting to say that Dispatch had gotten into a groove when COVID-19 hit. The band (Chadwick Stokes and Brad Corrigan) has performed their distinctive blend of indie folk-rock since their humble jam band beginnings in the mid-90s. Even after the group – who recently announced a co-headlining Summer 2022 tour with O.A.R. – was forced to “recalibrate” following the departure of founding bassist Pete Heimbold, Dispatch recovered. They found their footing and got back on pace. They released America, Location 12 in 2017, and Location 13 a year later. Dispatch was about to release Break Our Fall when it all fell apart. “We recorded it in January [2020],” Chadwick tells HollywoodLife. “Then we were setting up for the big summer tour in 2020. Then that got canceled…Most of [Break Our Fall] was recorded just as COVID was hitting.” 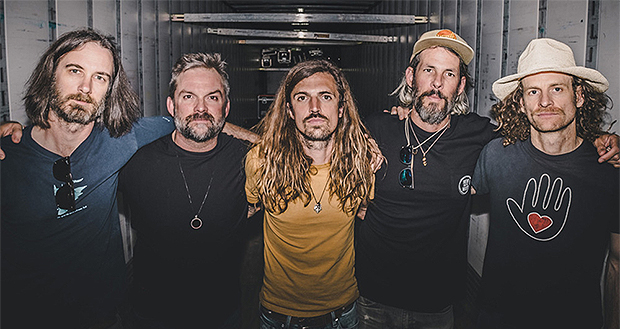 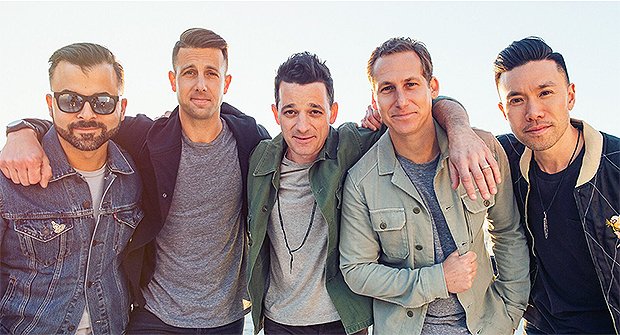 The band had “gotten to like maybe ten songs that we thought ‘we’re done,’ ” Brad tells HollywoodLife. “Because in the last couple of days, inevitably in the studio, you’re just like, ‘go, go, go go! I think we’re done.’ And then, when we listened to them, we’re like, ‘ah, there are a couple that just didn’t quite feel right.’ ” The group then experienced what Chad says was one of “silver linings within this tragic landscape” of the COVID-19 pandemic.

With everything locked down and all scheduled performances canceled, the break allowed Dispatch a chance to go over their work. They dove back in to “retool the songs,” says Chadwick, “change lyrics,” and give Break Our Fall the attention it deserved. “I was on Martha’s Vineyard, and Brad was in Colorado. We would be remotely trying to finish the tracks, and we even added ‘Promised Land,’” he said.

“When we delayed things,” says Brad, “We went back in and had time to listen and go, ‘is this really the best, leanest version of each song?’ And we dove back in and got the full fifteen songs done.” The added time allowed Dispatch to refine their work and produce one of their more captivating albums in the band’s discography. The pandemic months also afforded them to reflect on the chaos of 2020 – from the pandemic to the Black Lives Matter protests – and incorporate it into their work.

“I think that one of the lines on one of the focus tracks —  if we can call it that  — was ‘may we all be forsaken’ [on the song “May We All”],” says Chadwick. “I had about fifty different things, options, for what’s going to follow that. And I think when George Floyd was killed, that was clear to me that that had to at least be in the song once as to how people of color in our country had been so forsaken, and the racial implications of what was happening and exposure of white supremacy and even our own whiteness. There was a lot that I think changed for us, in that the things that we might have been alluding to and talking about came into clarity.”

“I’d say all this time as well,” added Brad. “In demoing thirty songs, [we were] starting to feel the theme of the record, like what was the cornerstone, or the anchor be for it. All this time, it was this really thick narrative of all the different social injustices that we are used to now, sadly. But, now that we’re dads, thinking about those injustices — what are we going to give ourselves to so that the world is hopefully a better place for our kids to carry forward?”

“It’s interesting when you write a song and are a part of it — just recording it, it’s out here,” Brad continued. “But then when you live with it, and it starts to speak to you and tell you what its true identity is…it that one that’s really grown for me over the years.”

This commitment for social justice and awareness can be found on “The Legend Of Connie Hawkins,” a story about Cornelius Lance “Connie” Hawkins, a professional basketball player caught up in the hysteria of the 1961 college basketball gambling scandal, even though he was never indicted or arrested.

“I was making a fire and crumpling up pieces of paper,” said Chadwick. “I stumbled upon Connie Hawkins’ obituary in The New York Times and start reading about him — because we always love sports. And I started reading. I was like, ‘Oh my god.’ Like, ‘how come I don’t know about this guy?’ I started researching and learning about his athletic ability, how he was roped into this thing and then blamed for the point-shaving scandal because he was an easy target with the color of his skin.”

“He had no resources around him to fight the man. So just this tragic story of the district attorney just like saying, ‘you know, you will confess or else you’re going to be in jail for 30 years.’” With similar circumstances still happening today – “these people get accused, and then they’ll plea bargain because they’re up against the system,” says Chad – they found a story that was sadly relevant to this very day.

“One of the most rewarding aspects of songwriting can be when a story like that, in and of itself is a song,” said Brad. “I mean, I feel like it’s a full-on rock opera or musical like it from start to finish. There’s something profound and rewarding when like you find something. It’s like this treasure that finds you. You put it into a song and then just release it, wondering where it’s gonna go. And now, we figured out how to connect with Sean Hawkins, Connie’s grandson. And we’re just really hoping that somehow, maybe we can be a part a small part of like unearthing more of that story and getting it into the light.”

Fans can experience that light for themselves in the summer of 2022. Dispatch and O.A.R. will hit the road in July, marking the first time the two groups have toured together. The Dispatch & O.A.R. Summer Tour 2022 kicks off on July 15 at the Mesa Amphitheatre in Mesa, Arizona, and concludes in Irving, Texas, on September 10. The Robert Randolph Band will open for the first leg of the tour, with G. Love joining on the back end.