The Kate effect! Designer Grace Han says sales DOUBLED after Duchess of Cambridge was seen carrying her £1,595 bag on three separate engagements – and was ‘thrilled’ after waiting over a year for royal to carry it

A Taiwanese born British designer has revealed that sales doubled after Kate Middleton was seen carrying one of her bags on three separate royal engagements.

Grace Han, the founder and designer of luxury, handcrafted leather goods brand of the same name, has told how she was ‘thrilled’ to see the Duchess of Cambridge, 39, carrying her Love Letter Top Handle design, which retails £1,795 for the large and £1,595 for the small.

Since then, Grace, who is in her mid thirties, says she’s seen high demand for the design thanks to the ‘Kate effect.’

Speaking exclusively to FEMAIL, she explained: ‘After the Duchess of Cambridge news, our sales were boosted. We sold dozens of Love Letter handbags in a very short time, with sales doubling compared to the same period the previous year.’ 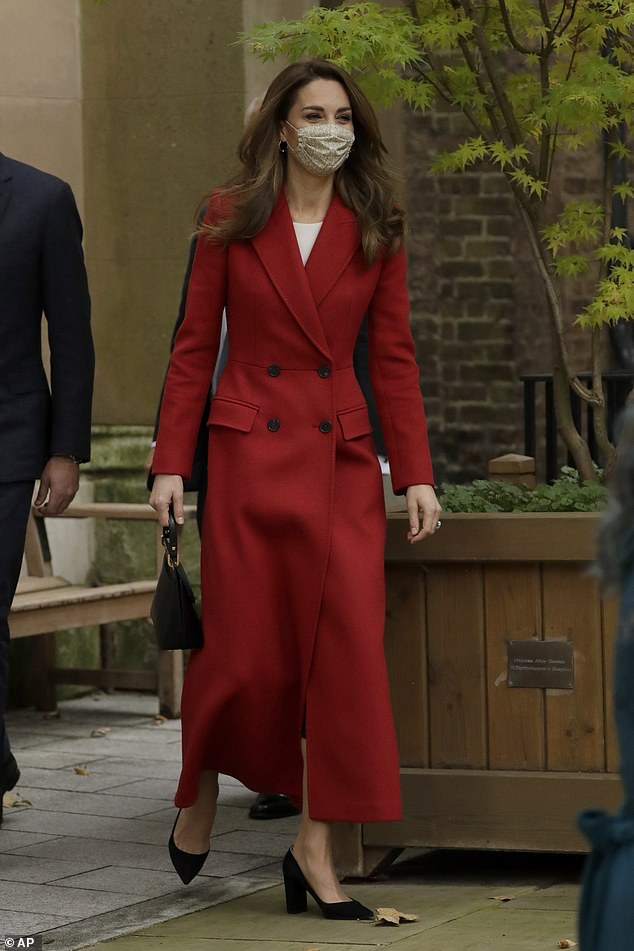 Taiwanese born British designer Grace Han told how sales doubled after Kate Middleton was seen carrying one of her bags on three separate royal engagements. Pictured, the Duchess of Cambridge and Prince William arrive to visit St. Bartholomew’s Hospital in London, to mark the launch of the nationwide ‘Hold Still’ community photography project on October 20, 2020 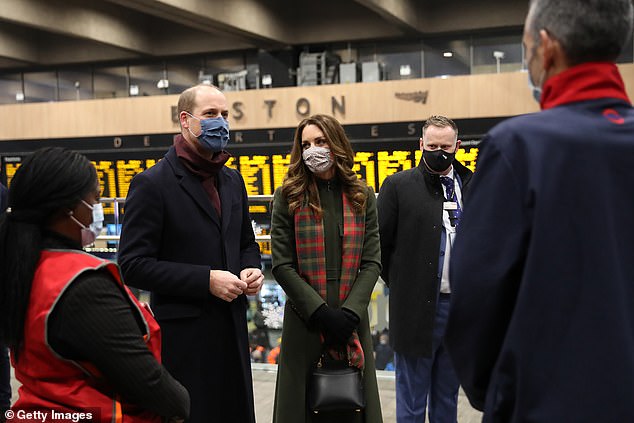 Grace claimed she waited for over a year before Kate Middleton carried the bag – adding it ‘really was a big surprise’ to see it in the news.’ Pictured, the Duke and Duchess of Cambridge speak to transport workers at London Euston Station on December 6, 2020 in London 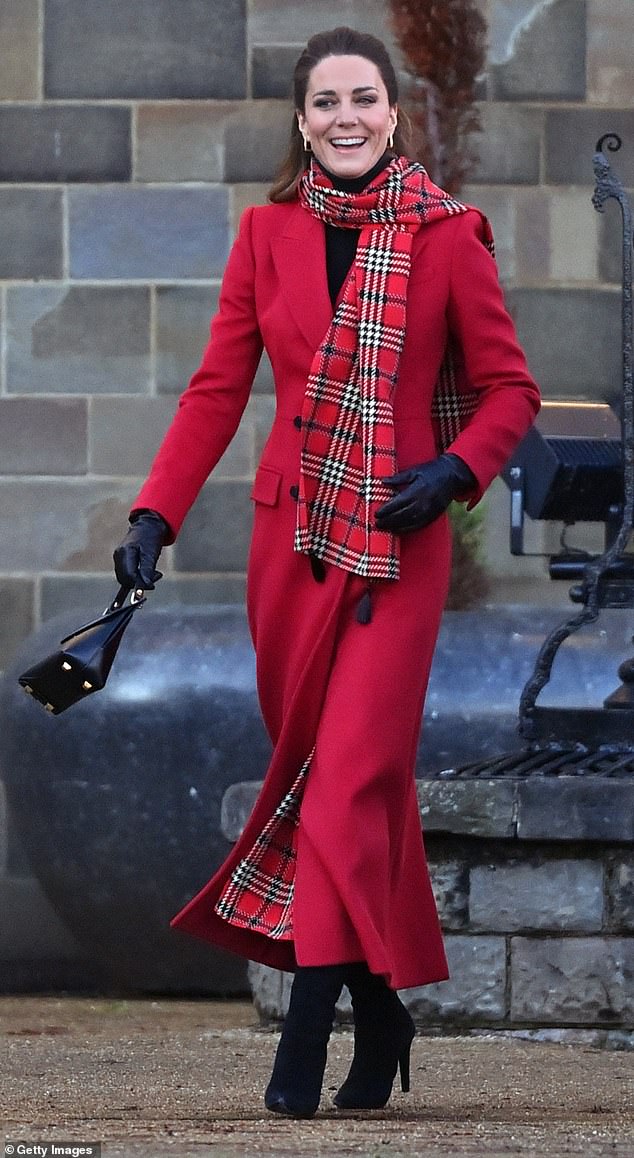 The designer, who is in her mid thirties, said she’s seen high demand for the Love Letter Top Handle design thanks to the ‘Kate effect.’ Pictured, Duchess of Cambridge visits Cardiff Castle on December 8, 2020 in Cardiff 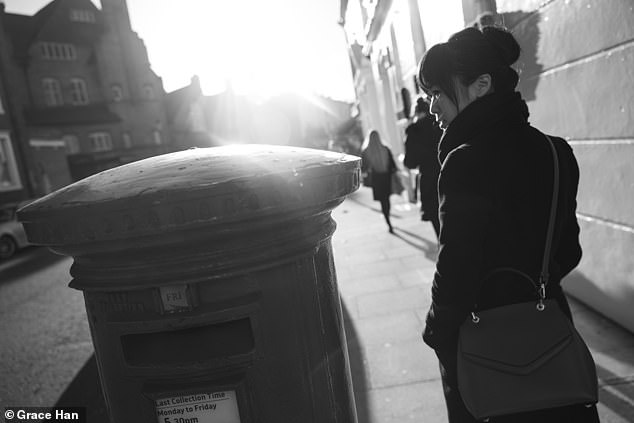 She added: ‘Our sales of the design have since been doubling year-on-year. We had many requests for the bag, not just limited to royal fans.’

‘Due to the handmade process and my insistence of quality, it takes a long time even to make one handbag, so we do not have so many items in stock now, only single-digit numbers left.’

The Love Letter collection is named because of the distinctive envelope shape closure on the front of the bag, eliciting a smile when looked upon.

It comes with unique side gussets that allow for easy access to the heart of the bag, standing guard over one’s most loved possessions – and is available in red, black, rose smoke and gull grey.

‘When I first saw a picture of Kate carrying my Love Letter handbag, I was so thrilled, and it was a dream come true,’ explained Grace. ‘I am glad that Duchess of Cambridge recognises my design concept towards Love Letter, hoping she can help deliver the message behind the bag and infect more people.’

The designer went on to explain exactly how Kate Middleton, who has the small version, became a fan of the brand, which was founded in February 2019. 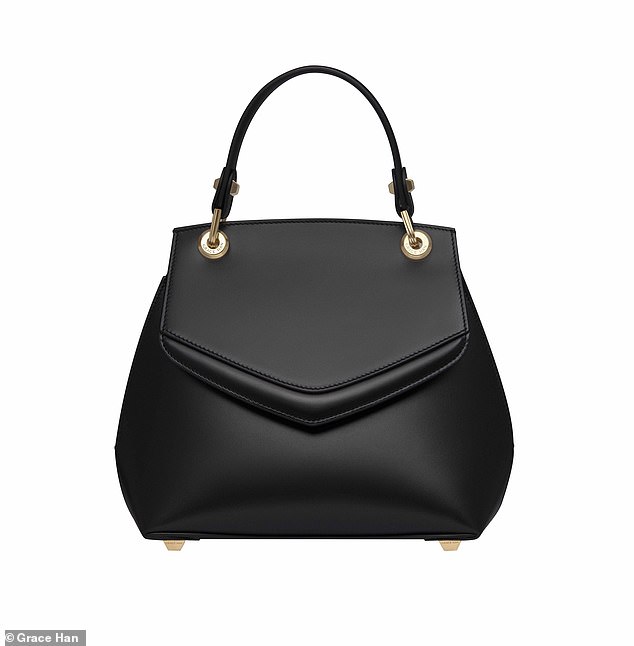 The Love Letter Top Handle design (pictured), which retails £1,795 for the large and £1,595 for the small, is available in red, black, rose smoke and gull grey 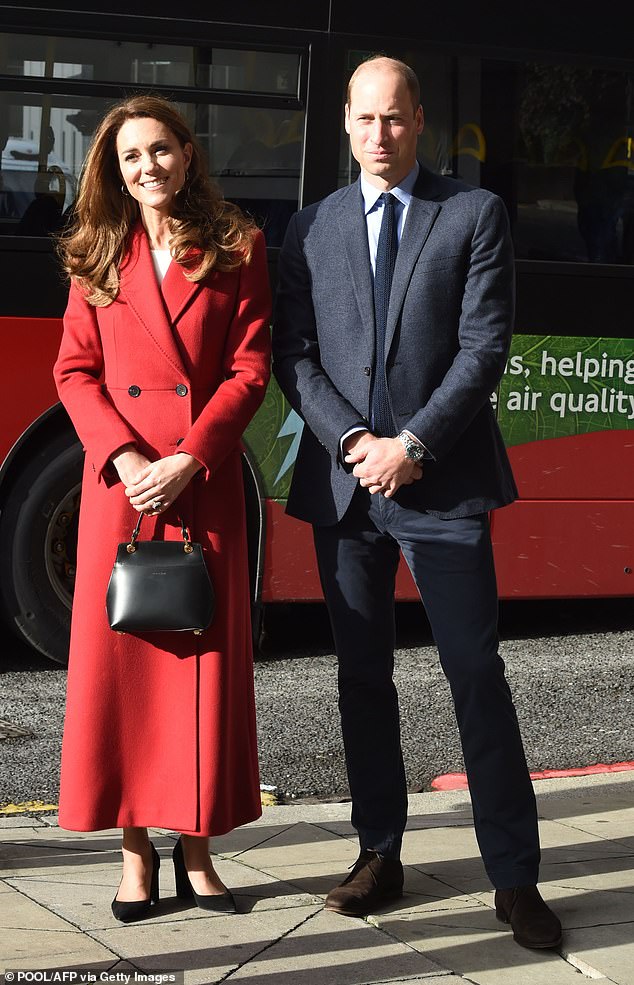 The Duchess relied on her usual favourite designers, including Alexander McQueen, while adding some new pieces to her wardrobe, including handbag designer Grace Han. Pictured, the couple at the launch of the Hold Still campaign at Waterloo station in October

Since childhood, Grace Han learned the value of discipline, hard-work, and attention to detail from her entrepreneurial father. Pictured, Grace’s handbag designs

‘We sent the collections to the palace and the Duchess of Cambridge picked Love Letter,’ Grace explained. ‘Due to the royal policy, the bag had to be purchased. I then waited for over a year before she carried the bag, so it really was a big surprise to see it in the news.’

‘Our brand launched in 2019 and, due to COVID-19, the plan for 2020 was disrupted. I am thrilled to have the Duchess of Cambridge recognise my design, helping raise awareness of Grace Han in the UK.’

She added: ‘One of the great privileges of being a designer is working with a varied client base. I hope that my designs are attractive to all different types of people and I am thrilled that Kate Middleton is one of them.’

Since childhood, Grace Han learned the value of discipline, hard-work, and attention to detail from her entrepreneurial father.

Synchronously, studying art and calligraphy from her mother cultivated her appreciation for tradition, fine arts and craftsmanship; the basis of her collection inspiration.

‘I was greatly inspired by my artistic mother who was an art student in London and then a teacher at the Taiwan Institute of Art,’ she explained. ‘As I was growing up, I realised that deep human emotions can be instilled by good artistic works. 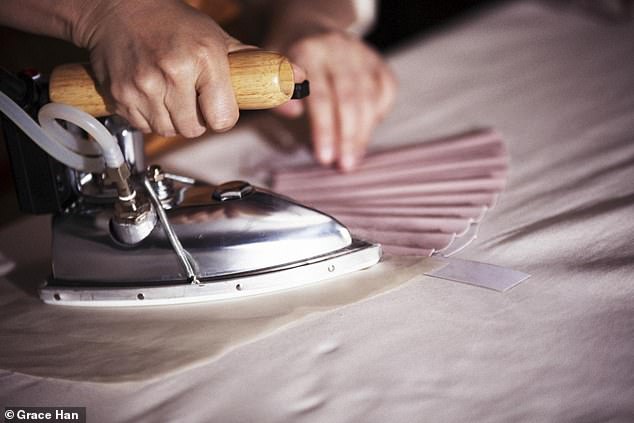 Grace explained that it’s a very long process to develop the design concept and perfect the pleats of Ballet Lesson (pictured) – adding that as a result, the Ballet Lesson collection is one of her ‘most refined’

‘My mother expressed her feelings in abstract paintings, and I wanted to express mine in handbags. It was vital to her that she not only design her bags but be able to make them from the inside out.’

After graduating from the National Taiwan University, Grace spent two years working as an apprentice at a renowned handbag manufacturer.

‘During that year, I started from the factory floor learning the basics of this craft including leathers, fabrics, and accessories,’ she explained. ‘I then started a little workshop and created handbags with my own hands.

‘I deemed it as a work of art like those paintings my mother used to exhibit. I spent almost a decade creating the brand and handbags and now I am glad to show them to the world.’

It took Grace seven years to perfect her first design, a test to her persistence and commitment to quality.

‘It is a very long process to develop the design concept and perfect the pleats of Ballet Lesson, as a result the Ballet Lesson collection is one of my most refined,’ explained Grace, who has a store in Knightsbridge.

‘For me, these pleats have further significance in that every fold signifies a chapter of our lives and thus carrying the Ballet Lesson is like treasuring your life events.’

‘The bags are characterised by their signature pleats and a golden metal flap edge that give them an extra dose of elegance, paired with chain straps intertwined with the very same leather as the bag.’ 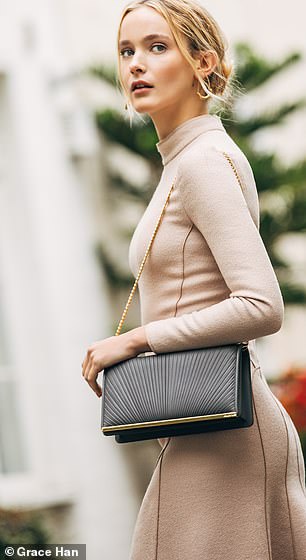 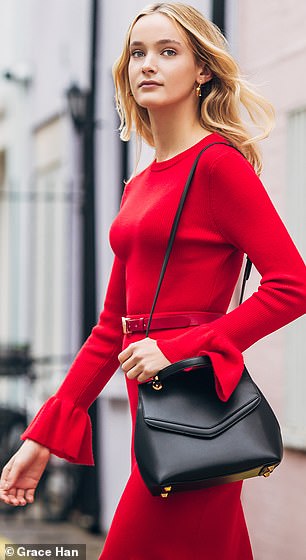 ‘The handbags are named after Ballet because ballerina’s train over and over again from a young age until they perfect the form and grace of their dance.’

‘A ballerina’s beauty comes not from how she looks or what she wears, but much more than what meets the eye. This spirit is reflected in the pleats that I took seven years to perfect; a testament to my persistence and commitment to quality.’

Following her two-year apprenticeship at the handbag manufacturer, Grace employed a pattern cutter and the two of them, in a small apartment in Taipei, worked on making her designs a reality.

‘It’s hard to say how many hours a day we worked, we were both so dedicated to the process that sometimes we would work the whole day and night,’ she added.

As for other celebrities she’d love to see showcasing her designs, Grace said: ‘If I had to pick just one, I would say Lily Collins.

‘However, I appreciate anyone who values my creations. It’s an honour to see them carried by people who love my work.’