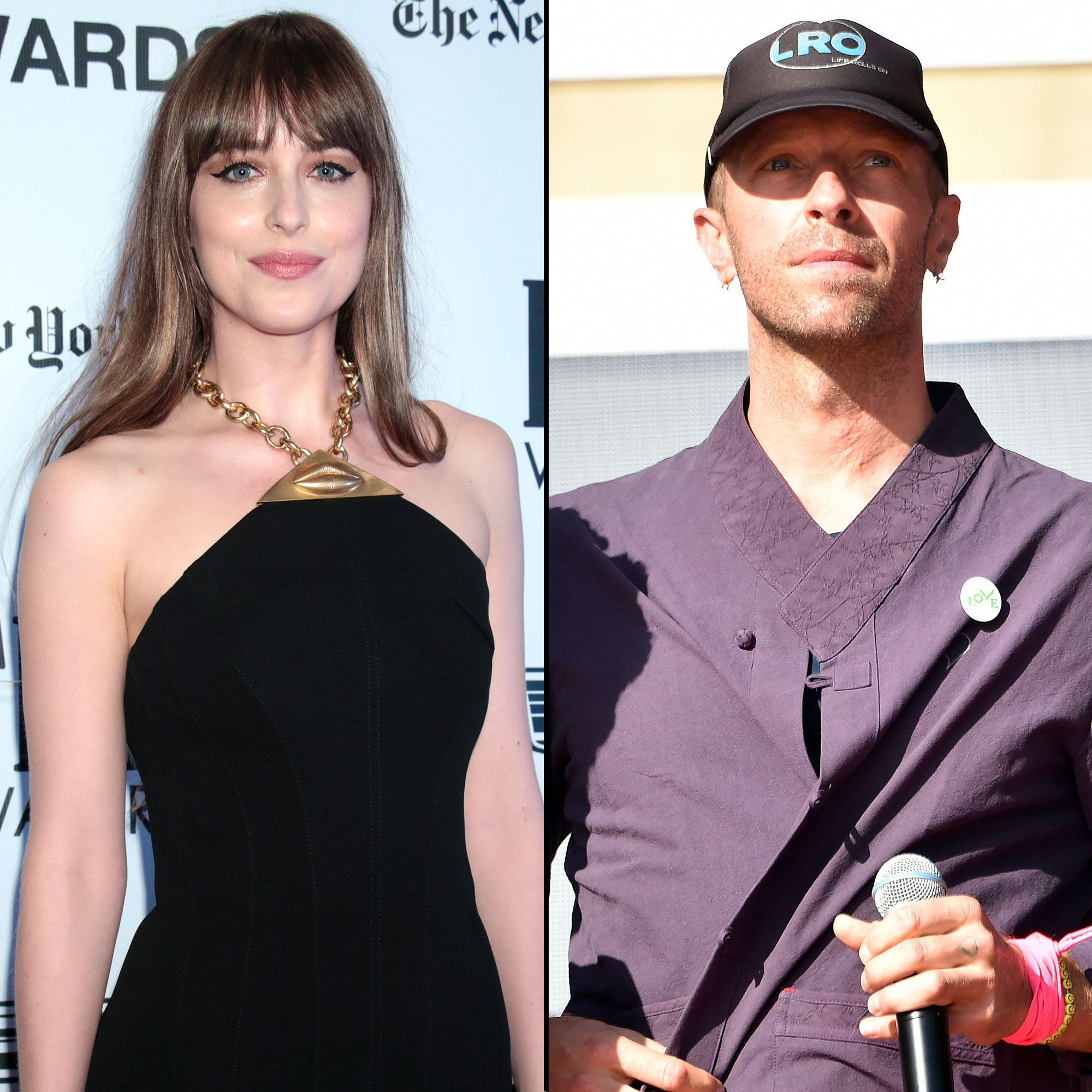 Sharing a piece of her heart. Dakota Johnson prefers to keep her romance with Chris Martin out of the spotlight, but she offered new insight into how they spend their time behind closed doors.

“We’ve been together for quite a while,” the Fifty Shades of Grey star, 32, explained in an Elle UK interview published on Thursday, December 30. “And we go out sometimes but we both work so much that it’s nice to be at home and be cozy and private. Most of the partying takes place inside my house.”

Us Weekly broke the news in December 2017 that the Coldplay frontman, 44, and Johnson are dating. Us later confirmed in August 2019 that the couple reconciled following a brief split. They subsequently sparked engagement rumors in December 2020 when she was spotted wearing a large emerald ring on her left ring finger during an outing in West Hollywood.

A source told Us in January that the actress and Martin purchased a home in Malibu and were “moving in together, making it their primary residence.” Meanwhile, a second insider revealed that the duo were “really thrilled and happy with their purchase.” While he sold the house earlier this month, he bought another residence in the area.

In a rare public display of affection, the singer dedicated a performance of “My Universe” to Johnson in October during a Coldplay concert in London. “This is about my universe. And she’s here!” he told the crowd at the time.

The following month, the Lost Daughter star divulged how she and Martin were faring amid the coronavirus pandemic. “[Post-COVID safety protocols have] been weird,” she told The Hollywood Reporter in November. “If I’ve been working, I can’t really be around my parents because they’re older. But my friends and my partner, we’ve been together a lot, and it’s great.”

The Grammy winner was previously married to Gwyneth Paltrow from 2003 to 2016. The exes, who coparent daughter Apple, 17, and son Moses, 15, have remained close even as they moved on with other people. (The Avengers: Endgame star, 49, tied the knot with Brad Falchuk in September 2018.)

“The adults are all very friendly,” an insider told Us in October 2019. “It’s not without effort and having to put feelings aside from time to time. They genuinely enjoy being together and there’s a lot of love for one another on all sides.”

Paltrow and Johnson, for instance, were seen happily chatting at the Gucci’s Love Parade fashion show in Los Angeles in November.

“Gwyneth loves Dakota and vice versa. She really likes her and who she is as a person,” the source added in October 2019. “She cares deeply for [Chris] and wants him to be happy.”