Hopes that common sense might prevail are fast evaporating. The planned series of spiteful and unnecessary rail strikes is firmly on track.

By walking out on three alternate days, militant unions will inflict a full week of misery on workers, pupils in the middle of public examinations, NHS staff and people trying to get to hospital.

The action will cost an estimated £100million in lost ticket revenue and disrupt economic activity at the worst possible time, threatening to stall our post-Covid economic recovery. 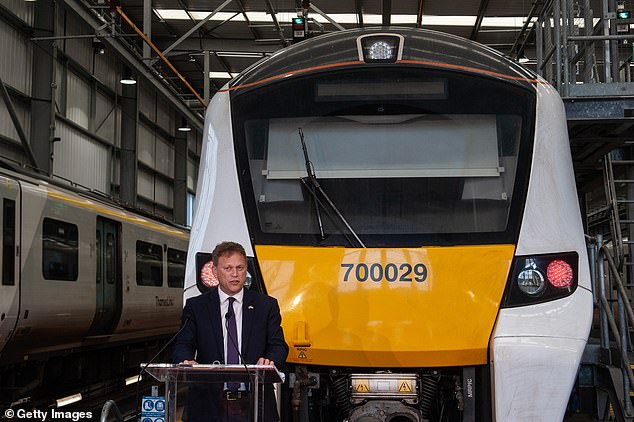 Hopes that common sense might prevail are fast evaporating. The planned series of spiteful and unnecessary rail strikes is firmly on track

But having subsidised the rail industry by £16billion in the pandemic, Network Rail, operators and ministers must stand firm.

Surrendering to demands for vast pay rises would set off a new inflationary spiral to make the current cost of living crunch seem mild.

Equally, it’s simply not tenable for staffing to remain at current levels when demand for rail travel has dropped and new technology has made many jobs redundant.

If British industry is to come through this slowdown intact, our transport network must improve and modernise. As we learned in the 1970s, union militants may disrupt progress. But they won’t stop it.

It’s hard to believe that Prince William is 40. For many, the most powerful and poignant image of him remains that of the disconsolate boy walking with his little brother behind his mother’s coffin.

But he has grown enormously in strength and character since that tragedy, buoyed up and fortified by the unstinting love and support of his estimable wife. Day by day, the prince seems to be growing into the kingliness he will one day need to rule. 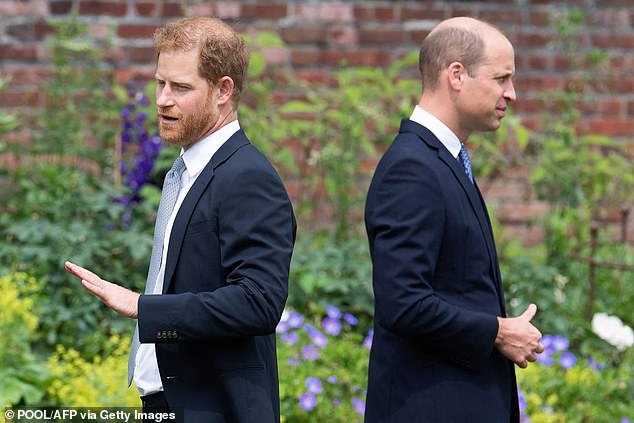 The one great sadness is the estrangement from Prince Harry, not only his brother but also once his soulmate

The one great sadness is the estrangement from Prince Harry, not only his brother but also once his soulmate. As the Mail reveals today, friends say the anxiety William feels over their separation is akin to grief.

Harry has deeply wronged his brother, wife Kate and wider family, effectively branding them callous racists. Forgiveness will not be easy. But no rift, however deep, has to be permanent. We must hope that time will heal and that the brothers will rediscover their unique and special bond.

For a man who constantly says he has nothing to hide, isn’t it strange that Sir Keir Starmer took two weeks to return the police questionnaire concerning his Beergate bash?

Perhaps he was trying to remember how many were at the party. Was it the six he originally admitted to? The 15 he later conceded were there? Or the 30 the delivery driver said he brought enough curry for? So hard to recall when you’re having fun.

That other inveterate Labour virtue-signaller, London mayor Sadiq Khan, is also rightly under attack for wasting £34,000 of public money on a trip to America to establish whether legalisation of cannabis works. The Mail could have told him for nothing. It doesn’t.

Hot under the collar

One of Gary Lineker’s gifts as a football striker was the ability to remain calm under pressure. Since retiring, he seems to have gone completely to pieces.

In a panicky tweet yesterday, he seemed to interpret a few days of summer heat as proof that the ‘cancer’ of climate change is about to consume us all.

Yes, global warming is of huge concern, which is why this country has been at the forefront of efforts to combat it. But the weather does sometimes get quite hot in the summer, Gary.

It doesn’t necessarily mean we’re all about to go up in flames. Calm down, man.