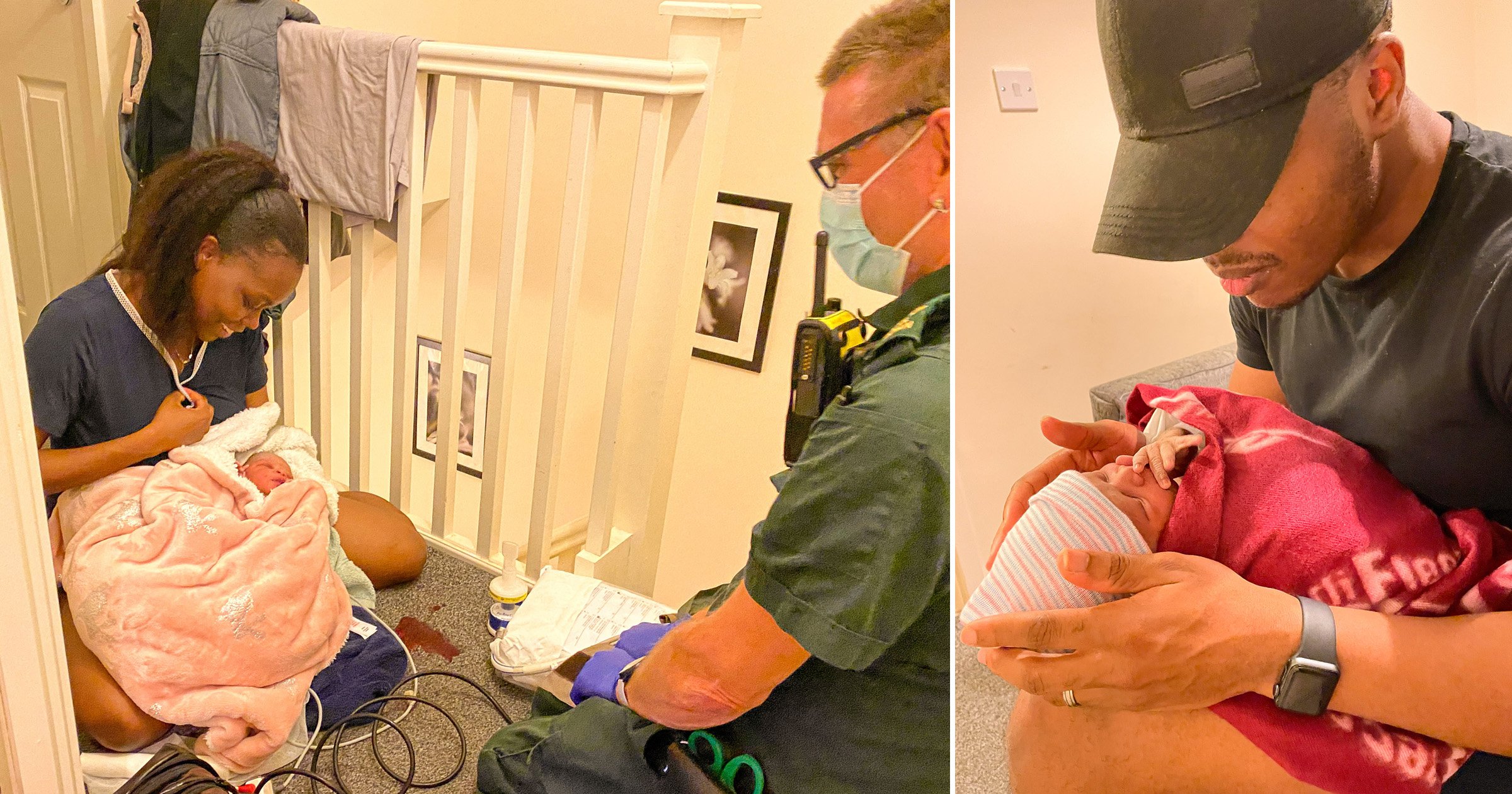 When 26-year-old Anjola Olukoya’s wife went for a shower on a September evening last year, he didn’t expect to spend the rest of his evening delivering their second child, Zion.

Anjola’s wife, Temwa Love, 26, had been for a walk earlier in the evening to encourage labour, as Zion was already four days late.

Afterwards, Temwa headed home and practised some breathing techniques while timing the contractions, which were still more than 10 minutes apart when she decided to jump in the shower to alleviate the pain.

Just after she got out, Temwa’s waters broke while she was on the toilet.

‘I assumed I needed the toilet but then there was a massive gush,’ she said. ‘Anjola and I were in complete shock.’

Despite being four days late, Temwa didn’t realise she was ready to give birth as she was waiting to experience the same symptoms she did with her first child, Zoe.

‘I kept thinking of the last birth, which is probably not the best way to look at it,’ she added.

‘With Zoe, labour felt like period pains so I was waiting to experience that.’

While waiting for paramedics to arrive, accounts manager Anjola – with the 999 operator on speakerphone – helped to deliver his wife’s baby safely.

Temwa recalled: ‘Initially, I tried crossing my legs in a bid to stop the baby from coming while we waited for the paramedics.

‘But Anjola advised me not to as he got towels and blankets.

‘He was so confident and reassuring.

‘I was screaming my head off.’

Anjola then scrambled to source sterilised bandage string from their neighbours while Temwa stared at her newborn ‘in complete disbelief’.

As the birth was deemed safe by the operator, the ambulance arrived an hour later at approximately 10.30pm.

Following the birth, the couple decided to vlog the aftermath for their YouTube channel, Temwa and Anjola.

‘A lot of people have fear around birth,’ Temwa said. ‘So we wanted to show others that it isn’t as bad as it sounds.’

She says the experience has brought the couple closer together and taught her to trust her body – and always be prepared for the unexpected.

‘It was the weirdest experience of our lives but looking back, we did really well,’ she says.

‘I am so proud of Anjola, he was so supportive and brave.’