Home » Lifestyle » Cyndi Lauper: ‘There’s no How To Be Famous for Dummies’ 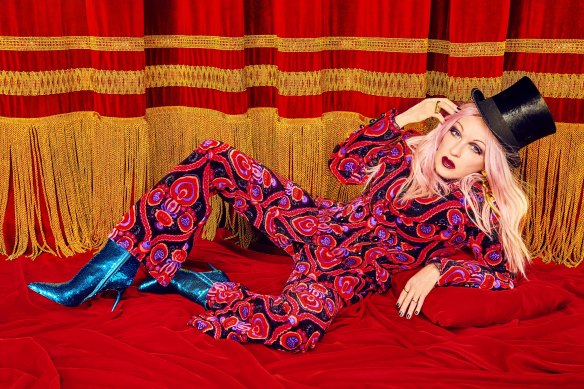 Cynthia Lauper caught her first limo to a feminist rally. “I burn this for me, for my mother and my grandmother,” she intoned, dropping her bra into a flaming rubbish bin. Being just 15, she had no way of knowing how many future generations she would also help to unshackle.

“My girlfriend, Susan, she used to write to Joan Baez’s mother,” Lauper recalls. That’s how they found out about the demonstration at the Alice in Wonderland sculpture in New York’s Central Park; found themselves riding there in high style and eloquent company.

“We sat in the limousine with these women discussing life and we’re thinking … ‘Oh, my god, who are we? How’d we wind up with them?’ But just listening to what they had to say was quite extraordinary. Because back then [in 1968], if you were a feminist, there was so many labels put on you: you were gay, or you were angry …

“I was thinking, ‘Yeah, why wouldn’t you be angry?’ We didn’t have any civil rights. You couldn’t even get a credit card unless it was in your husband’s name.” 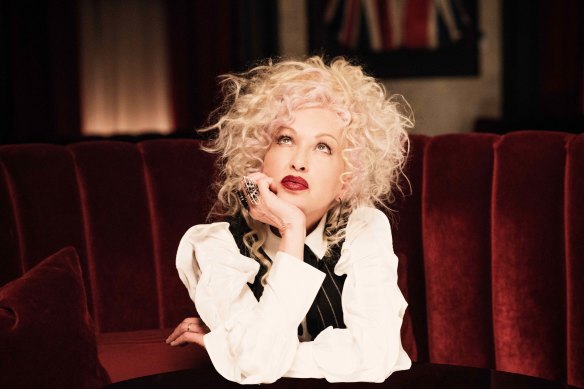 Cyndi Lauper will be touring Australia with Rod Stewart in 2023.Credit:Ruvén Afanador

As recounted in her straight-talking book, A Memoir, there was a darker side to the failing art student’s precocious awareness of injustice. A couple of years later, she would run away from home after her predatory stepfather’s threats could no longer be ignored — far from the last time her safety was violated.

“Listen. All I can tell you is that it takes many years of healing and therapy. You have to get your head on straight,” she says, her strident Queens accent unmistakable on the phone. “You find yourself in bad situations because of what happened. And you’re self-destructive. So it takes a long time.

“But hey, in the end, I made an anthem … and it kind of caught on all over the world and inspired women. So maybe if I didn’t see all that, I wouldn’t have been able to do something like that with such conviction.”

The anthem, of course, was Girls Just Want To Have Fun, a smash hit that cloaked political defiance in brazen colour and energy to multiply its power a thousand-fold. The album, She’s So Unusual, made Lauper the overnight pop sensation of 1983, but her ongoing survival was rooted in 30 years of experience.

“I found music, I started singing, and it made me happy,” she says of the cover bands she worked with through the ’70s, then her failed major label debut with a band called Blue Angel — which she recalls opening for Split Enz’ True Colours tour in New Jersey in 1980.

“I guess when I closed my eyes, I got to escape and be somebody else, somebody taller, an old person, a young person, a man, a woman or whatever, because when you’re singing, you just go on this journey. And then I started to think that if I focused really hard, I could take the audience with me. And that became a lifelong kind of thing.” 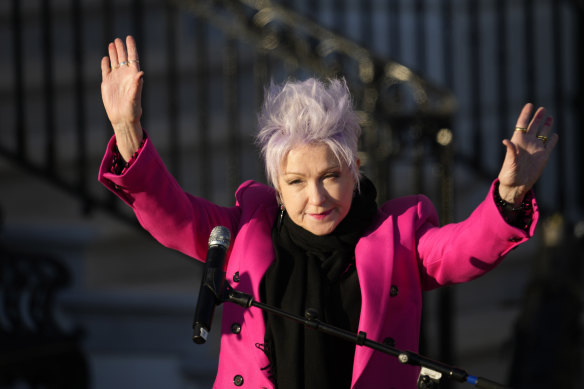 Lauper had a few more hits. Her own True Colors would become another anthem, this time for LGBTQ pride. Miles Davis covered Time After Time right up to his last performance in 1991. But there were lost years, too, before her spectacular Broadway success as a composer with Kinky Boots in the 2010s.

“There’s no How To Be Famous for Dummies,” she says with laugh. “If I could write it, you know, it would be good because you don’t know how to react.

“When you’re aspiring to be who you hope you could be, you think that everything is redeemed and you’re gonna be this big person and everything’s gonna be different and everything that ever happened to you, it’s all gonna go away. And it kind of doesn’t because you’re still yourself. Except it’s a little more amplified.”

Part of her personal salvation was learning that the volume of her voice, figuratively speaking in this instance, could serve a higher purpose than selling records.

“When I closed my eyes, I got to escape and be somebody else … when you’re singing, you just go on this journey.”

“Lucky for me that I got to see at a young age what the world was and what the world could be. Sometimes, you come to see things and experience things and rise above. Some people don’t though. And that’s why it’s good to work with outreach programs and contribute to the world.”

True Colors United is a non-profit organisation Lauper co-founded in 2008 after learning that 40 per cent of homeless youth identified as LGBTQ. “And now we’ve started the Girls Just Want To Have Fundamental Rights fund, and that helps women … to get legal, safe abortions, to get prenatal care even, to get postnatal care, to get cancer screening. That’s what all those clinics did. They didn’t just do one thing.

“It’s about women’s health,” she adds. “I didn’t want to get so close to The Handmaid’s Tale that I had nightmares every night so we stood up and did something.”

Meanwhile, the musical exploration that began with her first Beatles and Supremes albums of her teens has continued. Her successful Memphis Blues album of 2010 was an act of self-education that gave her new respect for early 20th century trailblazers like Ma Rainey and Bessie Smith. “These women actually had their own train, their own band, they made money; they were independent women. What a wonderful legacy that is.”

That album also brought her the respect of distinguished collaborators such as Ann Peebles, B.B. King, Allen Toussaint and Charlie Musselwhite. “I gotta be honest with you, something happened,” she says. “The people that I played with were so warm and generous and inclusive, and we connected.”

“Now I’m going on the road with Rod Stewart! I’ve been on the road with him before and he’s a lot of fun. And his shows are kind of incredible. It’s like, oh my god. That was a hit. And that was a hit … It’s part of what you grew up listening to and now, the fact that I know him? Come on!

“What are the chances that my life would turn around from what I felt like in high school — like, ‘What is wrong with that girl?’ … This journey; this road is remarkable. I got an angel that’s getting a purple heart somewhere.”

Rod Stewart and Cyndi Lauper will be performing at Mt Duneed Estate, Geelong, on Saturday, March 18, and Centennial Vineyards,  Bowral, on Sunday, April 2.