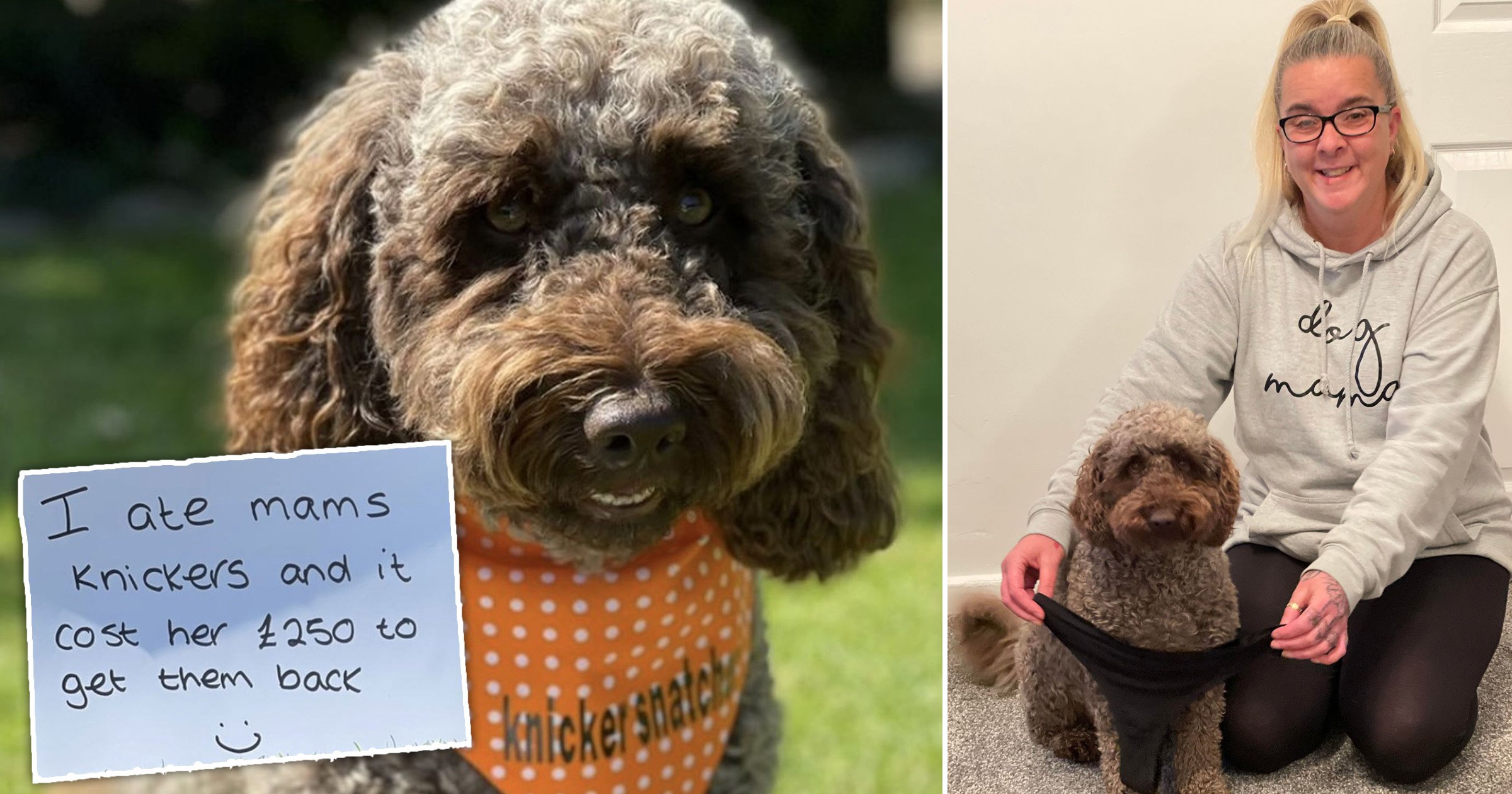 An Instagram-famous pup with a penchant for his owners’ underwear had to be taken to the vets after eating a thong.

He’s known for stealing socks in the house and, on a previous occasion, had to be rushed to the vets for swallowing one of those, too.

Helen, 42, and David, 47, decided to punish their pup with a custom-made neckerchief branding Charlie Bear a ‘knicker snatcher’.

The pup models dog bandanas for more than 5,400 followers on his Instagram account, so the couple thought this would be an apt punishment.

‘He pinched my knickers out the laundry basket at night. It was a black cotton thong.

She knew she’d have to take Charlie to the vets, where he was given an injection to induce vomiting, landing the couple with a bill for £250.

‘It was £150 before we even left the house because it was after hours,’ said Helen. ‘He’s got expensive taste.’

Luckily, Charlie swallowed a thong instead of a larger pair of underwear.

‘He struggled to swallow them but made sure he got them down, then he was fine,’ added Helen. ‘He wasn’t struggling to breathe or anything.

‘We got to the vet and we had to ring them to say we were outside in the car park. The vet came out and we handed him over.

‘They asked what time he swallowed them, what kind of knickers they were to make sure they weren’t big belly warmers. I was telling a total stranger about my knickers.

‘I handed him over then they gave him an injection to make him sick. If you get there quick enough, they induce vomiting and the thong came straight up.

‘The nurse then came out to say he’d brought them up and my partner asked for them back. He was only joking and I said ‘no, chuck them in the bin’.

‘Charlie was a bit sheepish on the way home and a bit lethargic – quite quiet.’

Now, any knickers in the household need to be kept far away from Charlie, along with the socks, which have been placed at a height for years.

’It’s funny now. We were laughing the next day about it but at the time it was a bit of a shock,’ says Helen.

Charlie now wears his new bandana around town and is becoming known for his antics.

‘He’s always up to something,’ says Helen. ‘He’s a proper little character.’