The corporate regulator’s handling of complaints from the public and whistleblowers will be scrutinised in a two-year Senate inquiry that will look at whether it is gun-shy in prosecuting companies and putting enough of its $800 million budget into investigating bad behaviour.

Against the government’s wishes, the Senate on Thursday overwhelmingly backed a review of the Australian Securities and Investment Commission’s capacity and ability to carry out investigations and enforcement action in response to reports of alleged misconduct. 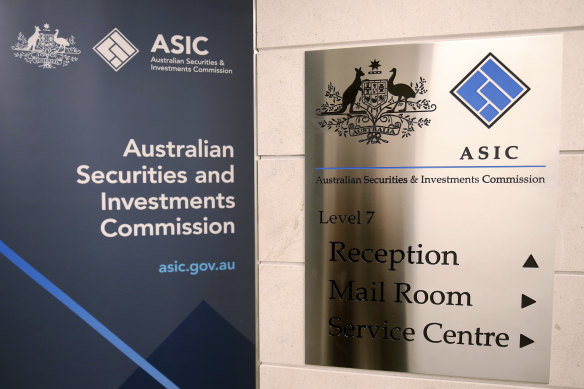 ASIC’s handling of complaints, particularly from whistleblowers, will be the focus of a Senate inquiry.Credit:Darrian Traynor

It was prompted in part by a report by economist John Adams that examined a decade’s worth of ASIC’s annual reports, with a particular focus on its treatment of allegations of corporate misbehaviour from whistleblowers.

Adams found there had been a sharp increase in the number and rate of reports of alleged misconduct that ended without any action by ASIC, which had its funding beefed up by $400 million in 2019-20 in response to the banking royal commission.

It also showed a sustained drop in new official investigations since mid-2015. Nine in 10 whistleblower disclosures since 2015 had not resulted in action by the commission.

A Senate committee has been given until mid-2024 to conduct a wide-ranging investigation that will canvass issues including whether the commission’s process for dealing with disputes between businesses and customers is distorting corporate decision-making.

A key issue will be whether the actions ASIC takes to resolve disputes are effectively deterring poor behaviour. The inquiry will also look at how the commission allocates its budget toward investigations and enforcement actions.

Coalition senator Andrew Bragg, who pushed for the inquiry, said ASIC had not met its obligations as a regulator by failing to apply federal laws.

“The Hayne royal commission into the financial sector produced vast amounts of evidence highlighting ASIC’s failures. Too many Australians have been hurt by its persistent failure to enforce the law,” he said.

“It is time for a much closer look at ASIC’s law enforcement record and capability. ASIC must get better at its one job of law enforcement or the integrity of our financial system is at risk. 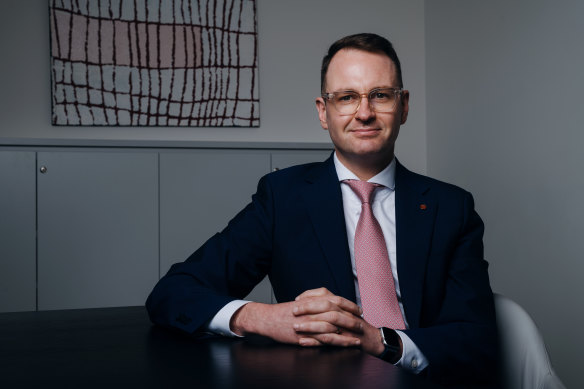 “By establishing this new inquiry, the Senate is supporting consumers and small businesses. This inquiry will give Australians a voice.”

Adams said he was pleased the Senate had backed the inquiry, adding it had to get to the bottom of ASIC’s treatment of complaints from the public and whistleblowers.

“It is critical to understand why ASIC commenced 53 per cent fewer official investigations in 2021-22 compared to 2014-15, even though they have more staff and financial resources,” he said.

“Moreover, it is profound that 91 per cent of whistleblower disclosures on average are rejected by ASIC. This makes a mockery of the whistleblower public policy regime and gives potential whistleblowers little confidence about exposing corruption in Australia.”

But Assistant Treasurer Stephen Jones said the inquiry made little sense given the number of avenues through which complaints about ASIC could be pursued.

Jones will probably ask the Senate to overturn the decision but is unlikely to be successful as the inquiry was supported by 43 votes to 20.

“Whether you’re a fan of ASIC or a critic of ASIC, this just doesn’t make sense,” he said.