After a reunion with Ammika Harris and their son Aeko in Tulum, Mexico, Chris Brown is looking forward to a future with her and how they can live together as a family.

Now that Chris Brown and Ammika Harris have been able to spend time as a family unit with 11-month-old son Aeko, Breezy would like to see the situation become more permanent. Ammika and the toddler spent most of 2020 in Germany while under quarantine. They recently met up with Chris for a family vacation in Tulum, Mexico, along with his six-year-old daughter Royalty Brown by ex Nia Guzman and mom Joyce Hawkins.

“Chris and Ammika’s reunion has been very positive and healing. They have been staying in Tulum in a private villa on the beach and Chris has been taking the time to bond with his son and with Ammika,” a source tells HollywoodLife.com EXCLUSIVELY. “His mom and Royalty were so happy be able to visit, they missed Aeko. They get along great with Ammika and see her as family,” the insider continues. 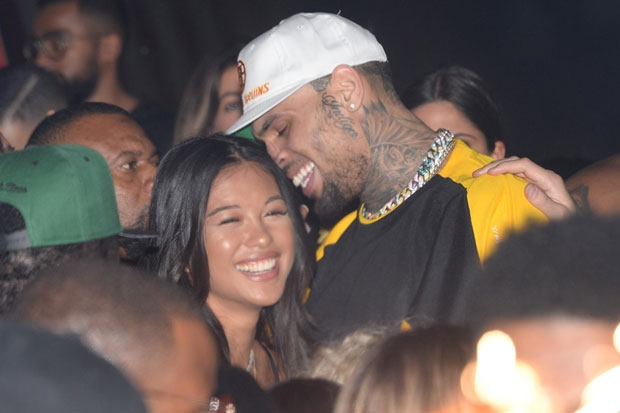 Royalty has since returned home to Los Angeles, where she celebrated Halloween by dressing up as the Annabelle doll from the 2014 horror film. But Ammika and Aeko have remained in Tulum, as the model has been sharing photos with the little boy on the beach. On Nov. 2 she shared two Instagram stories videos showing they were stuck their villa inside as a rainstorm poured down on her beachside deck and pool area.

Its unclear if Chris is still in Mexico with his possible on-again girlfriend and their son, as she’s been incredibly private about posting any photos of the singer. Though his sweatshirt covered chest appeared in an Oct. 30 photo cradling his sleeping son. The 31-year-old is hoping to spend a lot more time with Ammika and their son in 2021, as he was unable to this year due to the COVID-19 pandemic keeping them an ocean apart.

“Chris would like to make things work with Ammika and try to figure out how they could all be together as a family,” a second source close to Chris tells us EXCLUSIVELY. “He is looking into it and has been looking into it throughout the time he also wasn’t seeing Aeko.”

“2021 is going to be a very important year for Chris and what he wants with his family. He’d love nothing more to have Ammika and Aeko and Royalty all under the same roof. It’s a work in progress to say the least. But his intentions are to be with Ammika romantically in the future,” the insider adds. After being long distance for so many months and the tensions it created, being together in one place will hopefully help Chris and Ammika grow as a couple.