For the record, the ‘B’ in Cardi B does not stand for “baby sitter.”

Amid controversy over the 28-year-old rapper’s electrifying performance with Megan Thee Stallion during the 2021 Grammy Awards, Cardi B is defending her hit song “WAP” as “music for adults,” telling parents to “stop expecting celebs to raise your kids.”

Their popping presentation featured two big hits: Cardi’s “Up,” and 26-year-old Megan’s two time Grammy-winning track, “Savage,” featuring Beyoncé. But it was the transition into their X-rated hit song of last year, “WAP,” that had conservative parents and pundits alike clutching their pearls.

Among them was Fox News soapboxer Candace Owens, who decried Cardi during an appearance on Tucker Carlson’s show the following Monday, where she called the raunchy routine “an attack on American values, American traditions.”

Owens, 31, also accused the women of “actively trying to make children aspire to things that are grotesque.”

Not one to let critics get the last word, Cardi addressed Owens’ remarks on social media, even thanking the right-wing crusader for amplifying her music.

“Yaaaayyyyyyy WE MADE FOX NEWS GUYS !!! Wap wap wap,” Cardi wrote in a now-deleted tweet, according to Baller Alert.

“Matter fact I’m just going to thank Candy (Owens) She put my performance on Fox News giving it more views that boosted the views on YouTube and is counting towards my streams and sales,” she added.

During the segment, Owens went on to call the performance a harbinger of society’s downfall.

“It’s terrifying. I think parents should be terrified that this is the direction our society is heading towards,” Owens asserted. “We are weakening America . . . We are about to see the end of an empire. America cannot survive — it cannot be sustained — with these sorts of values.” 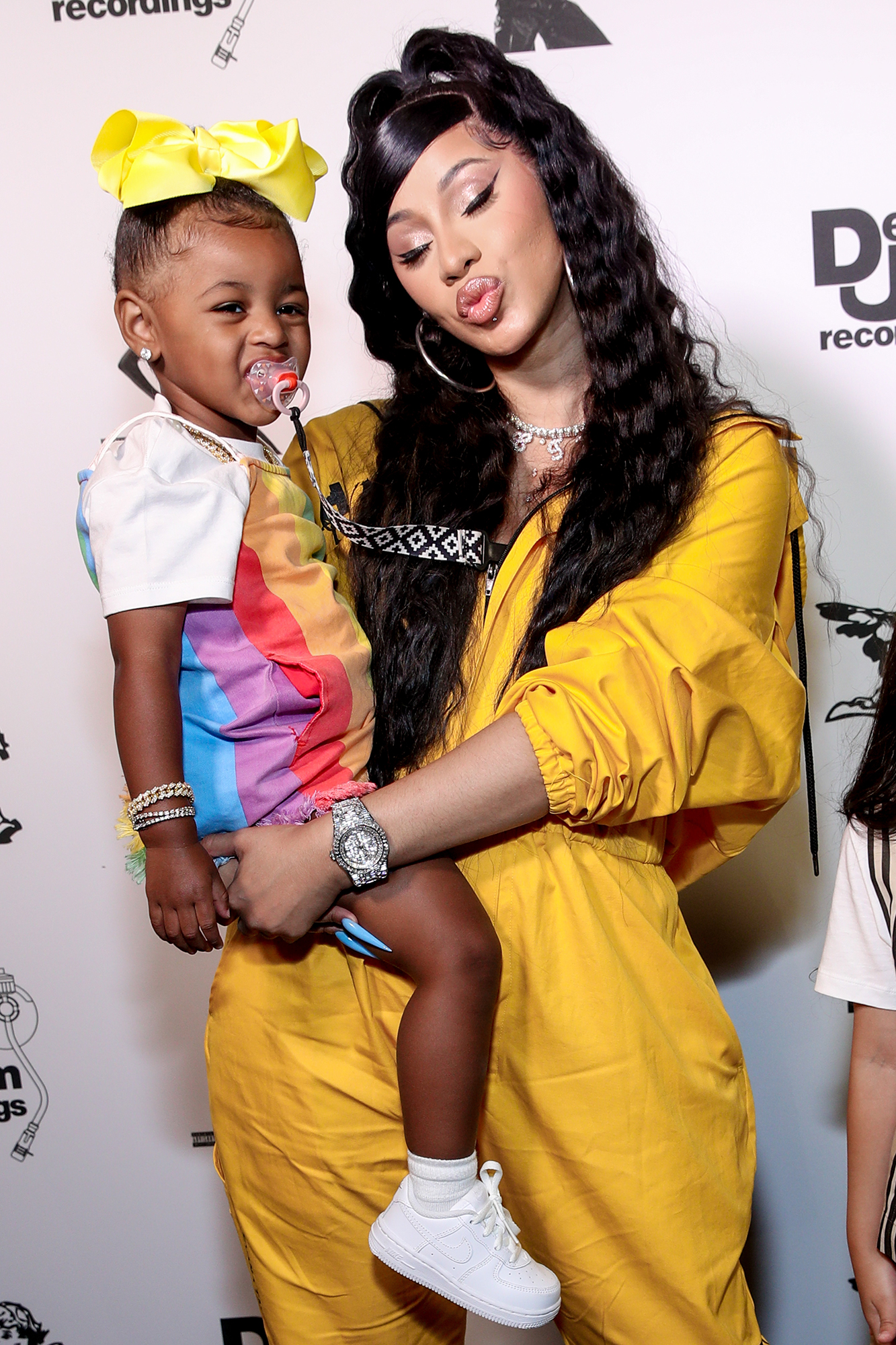 In direct response, Cardi pointed to another conservative role model. “I don’t know why Candy is so bothered by WAP. I was just inspired by our former First Lady,” Cardi joked, in reference to Melania Trump’s infamous girl-on-girl shoot for Max magazine in 1997.

“STREAM UP AND WAP .REMEMBER GROWN PARENTS ONLY YOU CAN MONITOR WHAT YOUR KIDS WATCH NO1 ELSE,” Cardi urged.

The feud, which has existed between the two women for some time, ensued on social media in the days following the Fox News segment, including accusations of slander tied to lurid statements falsely applied to Owens, according to Snopes, which ended with her vowing to sue the rapper.

Meanwhile, the Bronx-born rapper has continued her fight for freedom of speech on social media, even addressing fans who question her “values” as an artist and mother.

“But how is this she empowering women with her music but doesn’t let her daughter listen? Don’t you wanna empower your daughter also?” asked one follower on Instagram, according to a screenshot obtained by Baller Alert.

“I don’t make music for kids I make music for adults,” Cardi wrote in response. “Parents are responsible on what their children listen too or see . . . I’m a very sexual person but not around my child just like every other parent should be.”

She continued, “My daughter doesn’t need to listen to music to be empowered neither should your children. The only way to empower your kids is by talking to them, boost their confidence and making sure they get a good education. I never ever said that WAP was made to empower women, I’m just a freaky person and this is not the first sex song ever made. Stop expecting celebs to raise your kids.”