‘Yabba dabba doo!’: California woman can KEEP huge dinosaurs outside of her Flintstones-themed home after she settled lawsuit with town 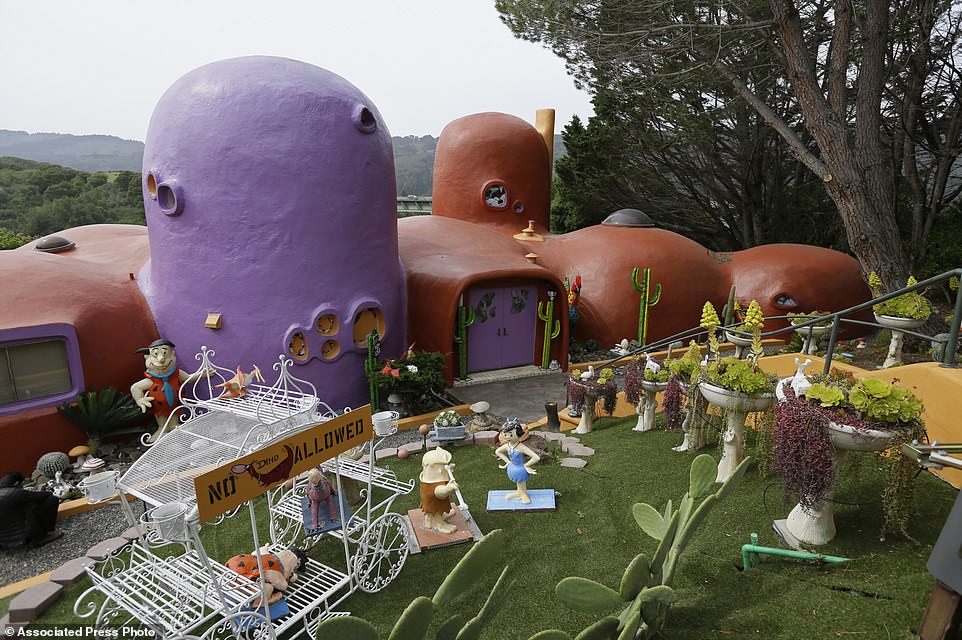 Fred Flintstone fought the law – and he won. Well, technically the owner of the fanciful Flintstones house in a posh San Francisco suburb settled a lawsuit with the Town of Hillsborough. But the agreement will allow Fred and his friends to remain. 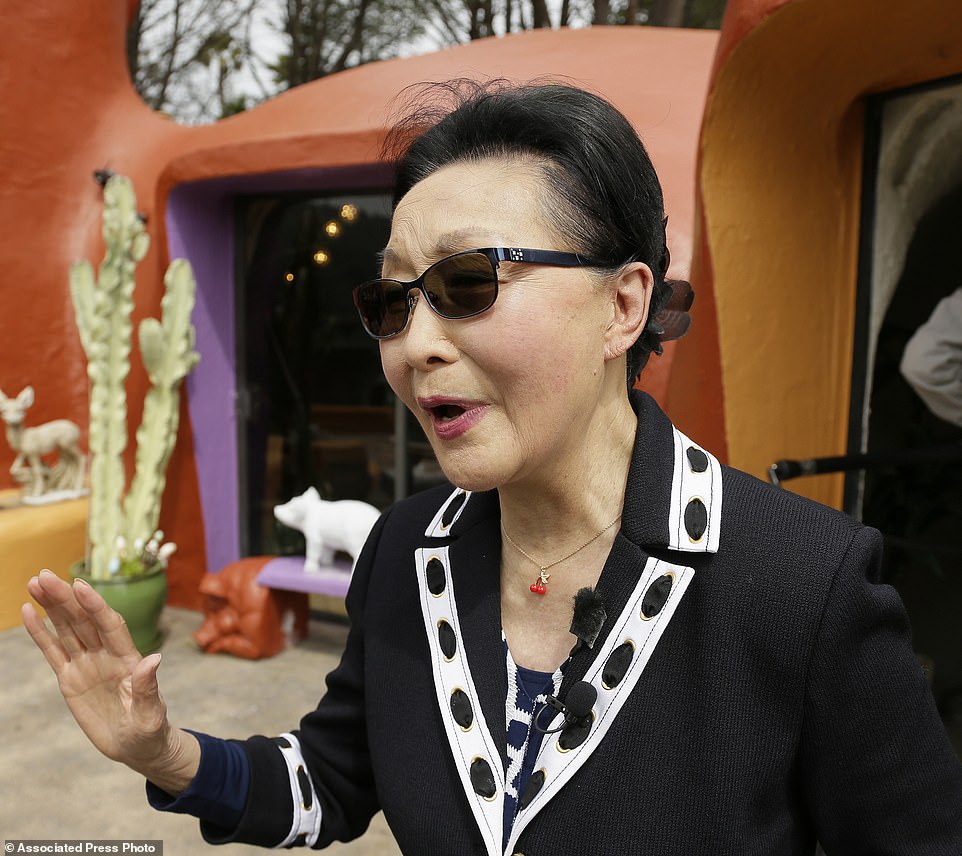 In a dispute that pitted property rights against government rules that played out in international media, retired publishing mogul Florence Fang defended her colorful, bulbous-shaped house and its elaborate homage to ‘The Flintstones’ family, featuring Stone Age sculptures inspired by the 1960s cartoon, along with aliens and other oddities. 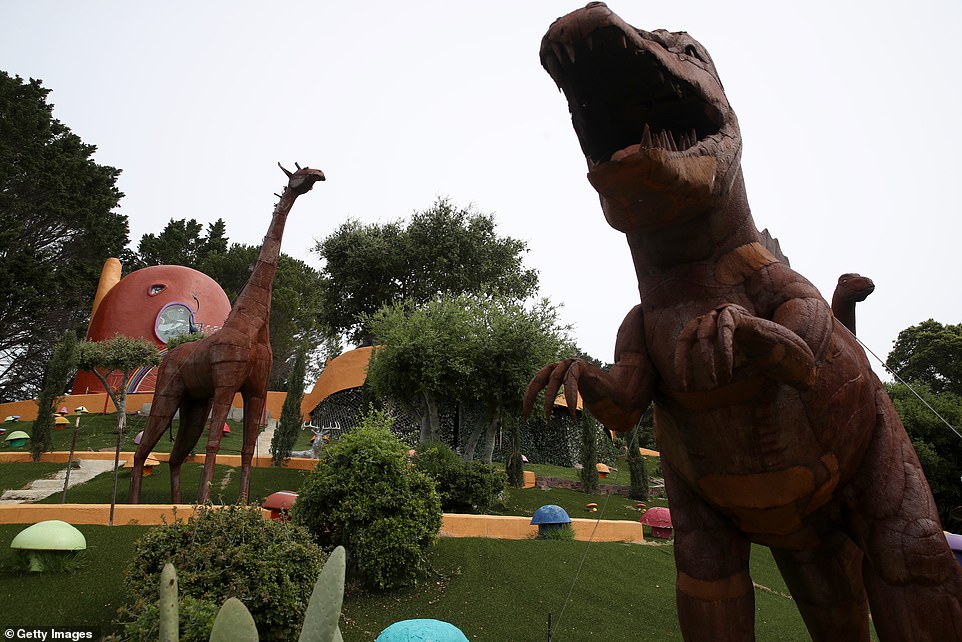 According to records, the settlement stipulates that the town will review and approve a survey of the landscaping improvements. In turn, Fang will apply for building permits. The town will also pay Fang $125,000, and she will drop her own lawsuit against it – which was dismissed in state court on April 27. The Daily Post in Palo Alto first reported news of the settlement on Thursday. 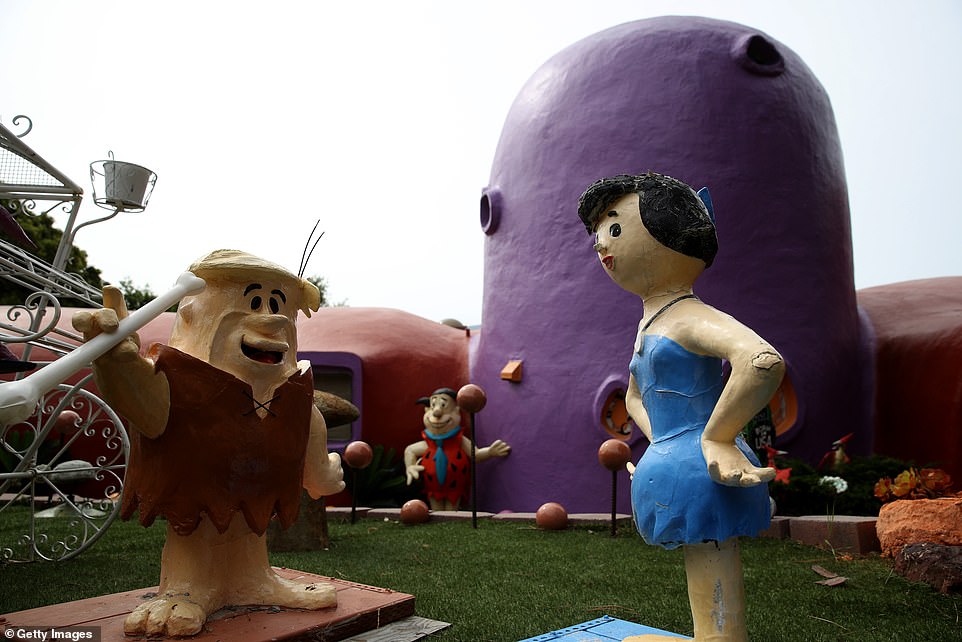 Hillsborough had called the towering dinosaurs and life-size sculptures ‘a highly visible eyesore’ and sued Fang, alleging she violated local codes when she put life-sized dinosaur sculptures in the backyard and made other landscaping changes that caused local officials to declare it a public nuisance. 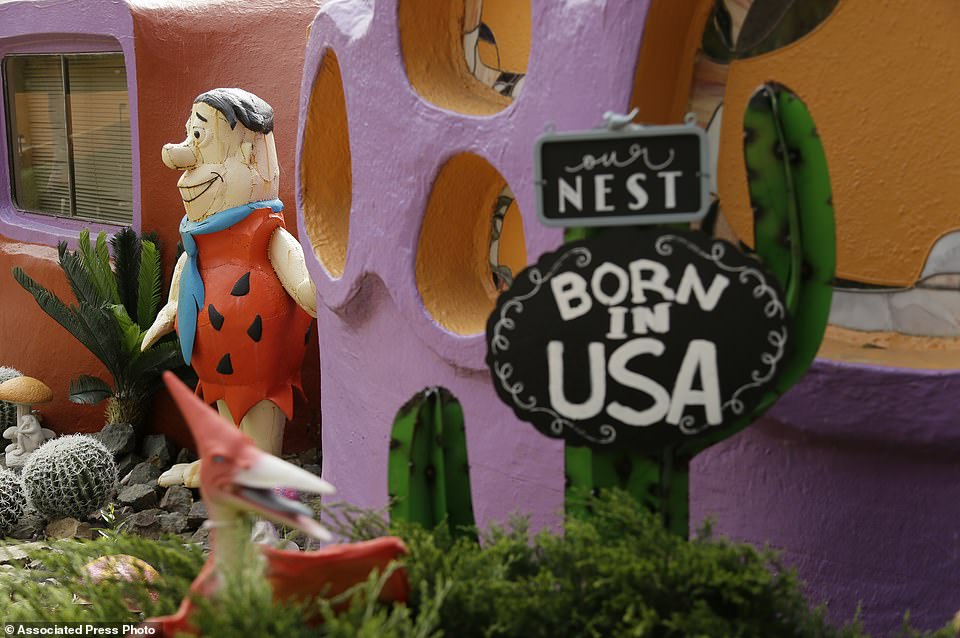 The town went to court in 2019 after Fang failed to comply with multiple stop-work orders, as well as an order to remove the features around the multimillion-dollar property with its 2,730-square-foot home. Fang counter-sued, saying the town was harassing her and violating her First Amendment rights. 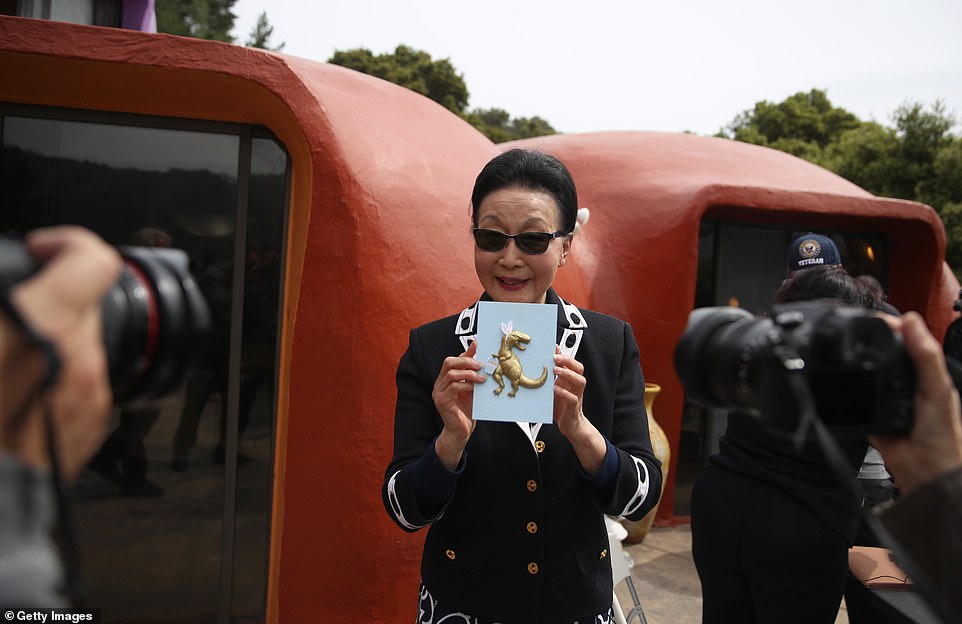 Fang, former publisher of the San Francisco Examiner, bought the orange-and-purple house in 2017 for $2.8million, but soon after purchasing the property, a number of dinosaur sculptures began appearing around the house and in the backyard. 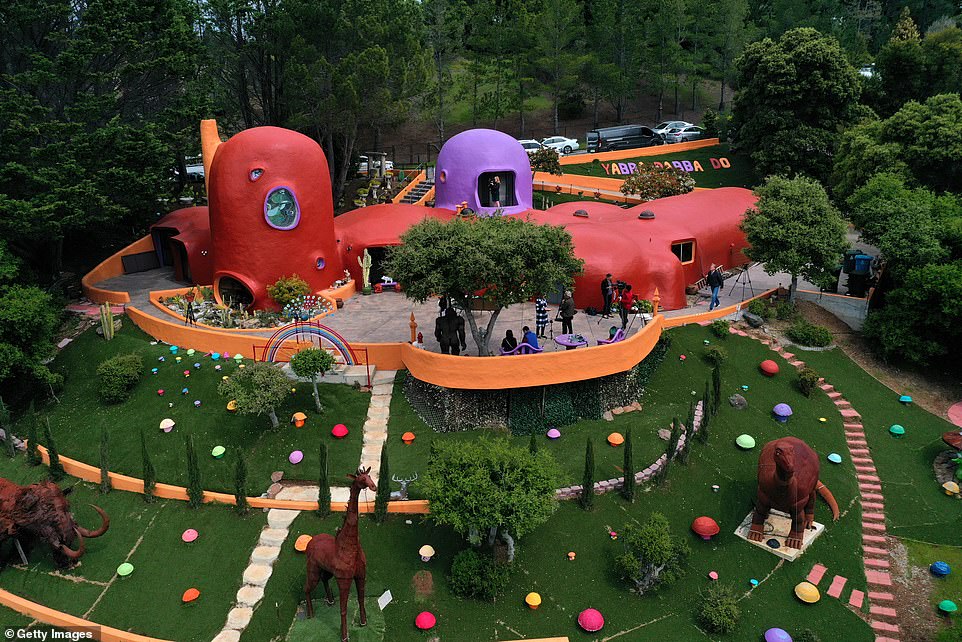 The multi-colored installations include a herd of 15-foot-tall dinosaurs, sculptures of the cast and a landscape dotted with colorful giant mushrooms. She also has Yabba dabba doo – the catchphrase of Fred Flintstone – written on a patch of her lawn in giant purple, yellow and orange letters. 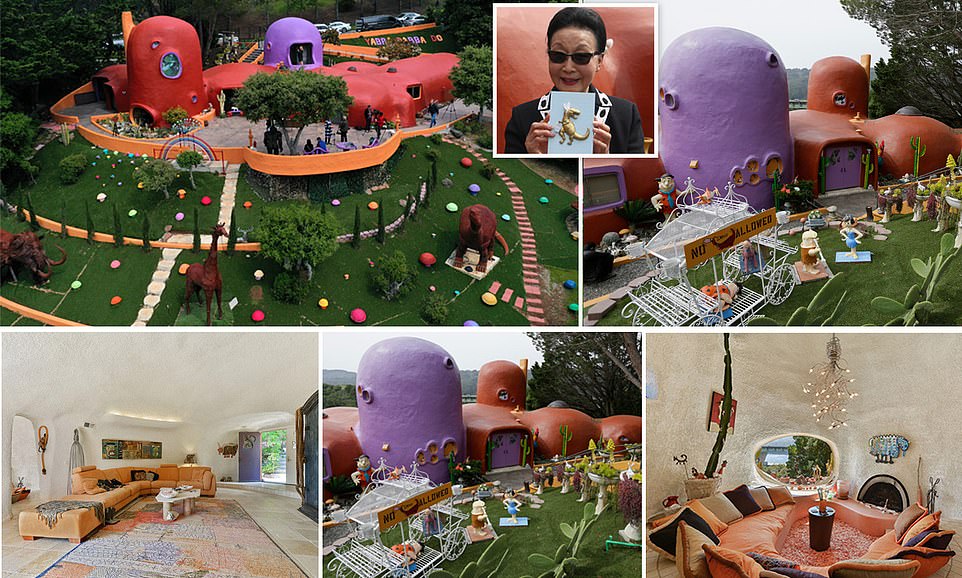 Fang also built a wall, steps, columns, gates, a parking strip and a deck to accommodate her plans to use the home for parties and social gatherings. 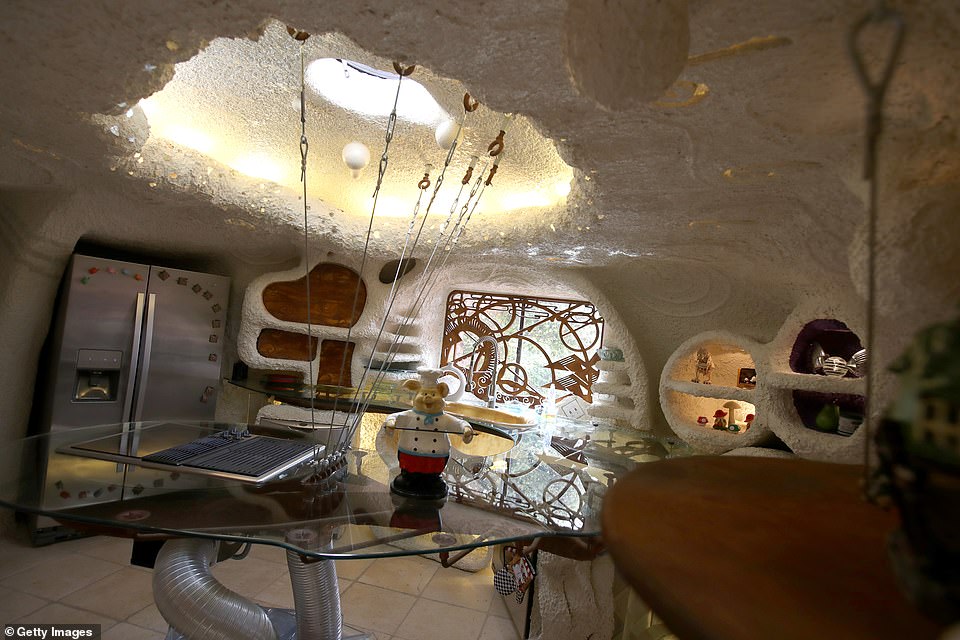 But from December 2017 to August 2018, the Hillsborough Building Department issued the series of stop work notices and fined her $200 for code violations. Mark Hudak, an attorney for Hillsborough, previously said the town prides itself on its rural, woodsy feel, and rules are in place ‘so neighbors don’t have to look at your version of what you would like to have, and you don’t have to look at theirs.’ Fang said meddlesome bureaucrats are the only ones worried about her installations. Pictured: The kitchen. 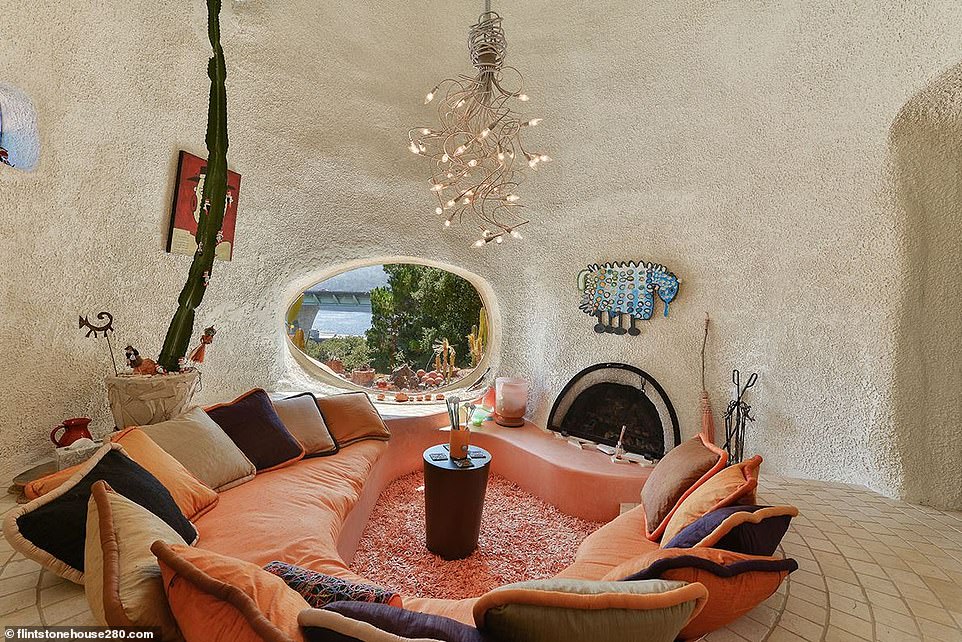 Located at 45 Berryessa Way, the house was built in 1977 and designed by architect William Nicholson. The house was considered a way of experimenting with new materials, technique and structure. Pictured: Its egg shaped windows overlook two acres of land dotted with trees and scrub. 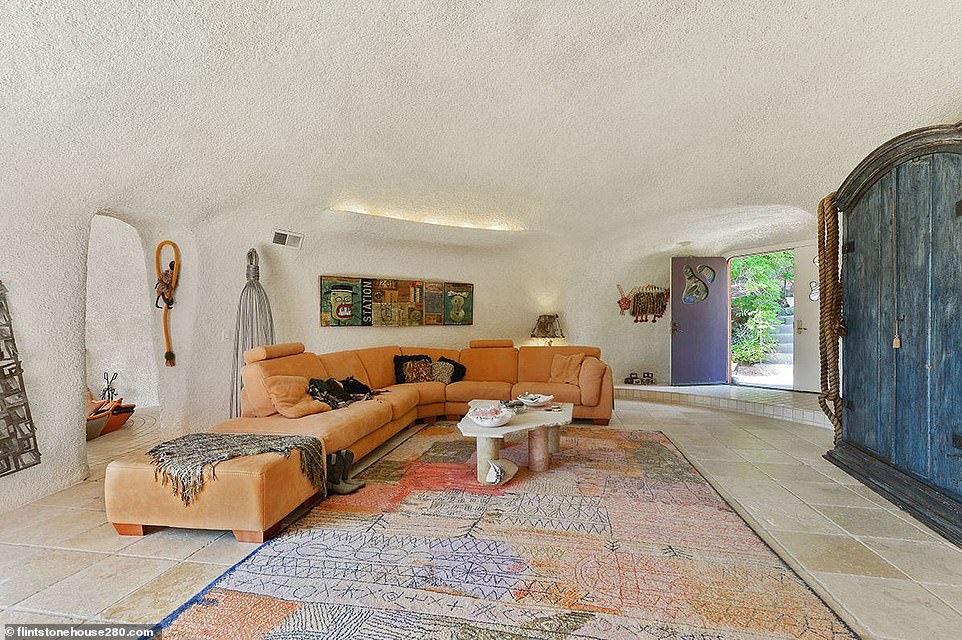 The unusual house is 2,730 square feet, and contains three bedrooms and two bathrooms. It also has an attached garage and eight rooms, all on two acres. The interior is more space age than stone age, with wavy doors, a sunken ‘conversation pit’ living room, and oval shaped windows and skylights. 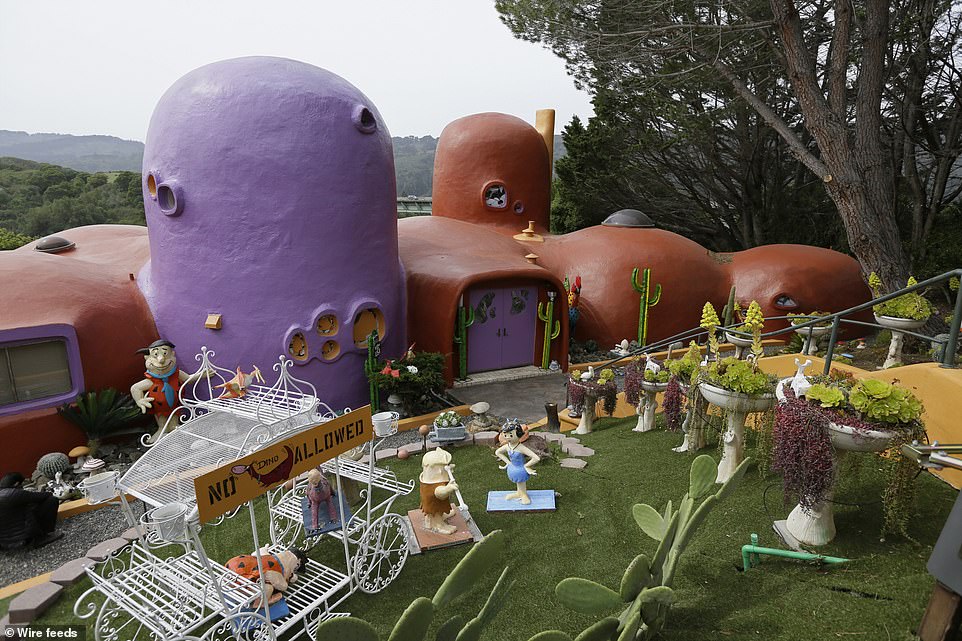