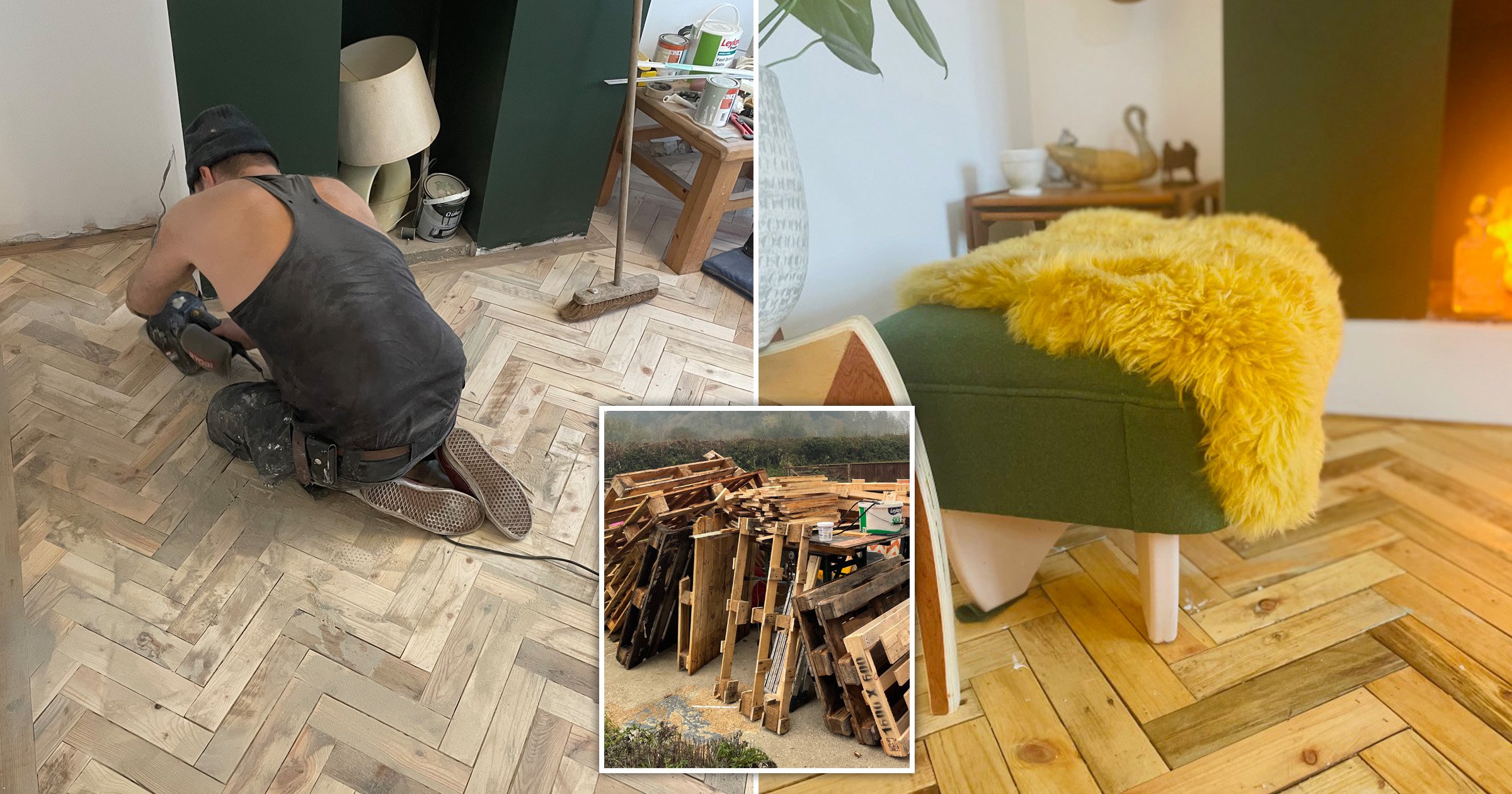 Parquet flooring is an interior trend that we’ve seen all over Instagram over the past few years – but it can often come at a significant cost (around £50 per metre squared, plus labour).

But one savvy duo saved thousands of pounds by doing the project themselves.

The carpenters from Bury St Edmunds, who run East Anglia Carpentry, decided to use second-hand wooden pallets to create the same flooring effect and to keep costs low.

They managed to source around 50 old pallets for free from Facebook Marketplace and transformed them into stylish floorboards.

However, the process of getting the pallet wood ready for the floor was pretty labour intensive and the entire project took about a week to finish in total.

Harry told money-saving community LatestDeals.co.uk: ‘We first had to process an enormous amount of pallets, using a planer thicknesser to get them to the correct thickness.

‘Then we used a pass through the table saw to get the width and finally each block was cut to the exact length using a chop saw.

‘Once we had our blocks, we stuck them down using adhesive and a nail gun.’

They then finished them off using an oil sourced from eBay.

And it’s safe to say that Harry, Charlie and their mum are thrilled with the results of the new floor.

They also estimate the project could have cost them £2,000 – so they managed to pocket an incredible amount of money by getting the pallets for free.

Harry adds: ‘It’s a real showstopper of a floor – we get compliments about it all of the time.

‘This project is great for the environment as it repurposes a pallet into something that will be used for significantly longer.

‘It was such a beautiful project to do together, our first as a team.

‘It has also led to us getting some interesting carpentry work using reclaimed materials.

‘Charlie’s a pro carpenter – he took me under his wing and this was our first project out of the gate.’

The duo add their biggest tip for anyone thinking of giving it a go at home is to ensure all the blocks are cut as evenly as possible.

Harry adds: ‘Also, use sharp tools and get some knee pads – I didn’t use any and regretted it.’