Is it getting hot in here? ‘Outlander’ fangirl Brooke had fun playing pretend with British hunk Sam on ‘WWHL’.

Fan girl! Though she’s been in Hollywood since she was a teen, Brooke Shields, 56, still got starstruck when she appeared on Watch What Happens Live With Andy Cohen on Thursday, Mar. 6, where she was paired up with the studly Sam Heughan, 41, of Outlander. 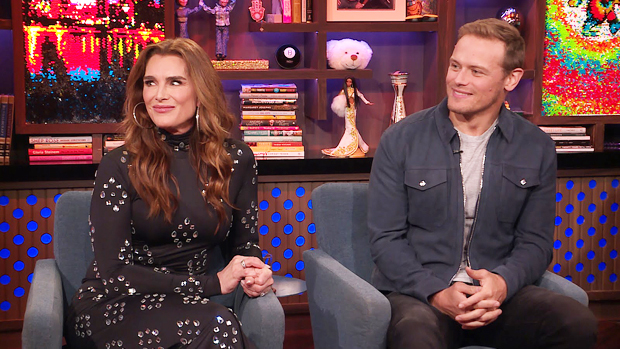 It turns out the Suddenly Susan star was actually an Outlander superfan. Ever the mischievous matchmaker, Andy decided “make her dreams come true” and “cast” Brooke as the leading lady Claire (played by Caitriona Balfe on the show), during a segment Andy called the “Clubhouse Playhouse”. Brooke looked a bit flustered by the proposal, but she took a big swig of her drink, headed to the green screen, and got down to business.

While the duo tried their hardest to get into character, the blush-worthy lines made things a bit difficult. Mother-of-three Brooke giggled as Sam told her, “I want to touch you, with your skin like white velvet and the sweet long lines of your body. God. I couldna look at ye and keep my hands from you nor be near you and not want ye.” 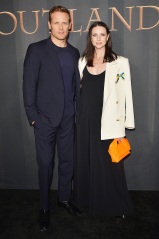 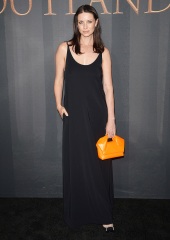 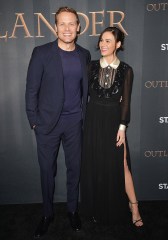 There was a bit of ad-libbing when Brooke told Sam something about his burly chest hair and he spat back, “Well, it’s the wig!” While the duo played out the sultry season 3 scene, Andy lounged in his chair, throwing his head back and laughing before calling, “Scene!” 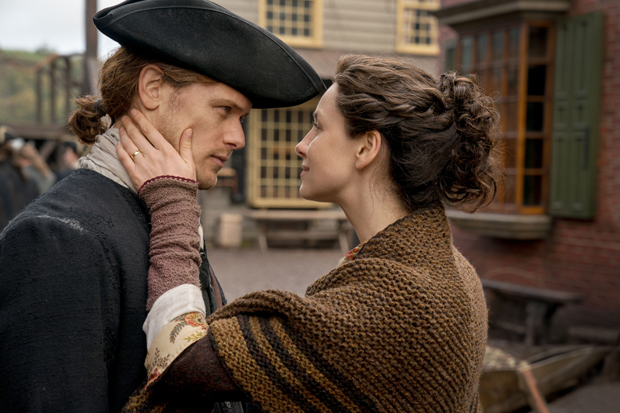 During the interview, Andy also got a bit cheeky with Sam during the “Pillowtalk” segment of the show. The Bravo ringleader grilled Sam during the chat, wondering if he was a cuddler. “I’m very tactile,” Same explained. “I love a cuddle.” Later, they got down to the nitty-gritty and the Bloodshot actor admitted he was more of a big spoon, than a little.

The flirty exchange came after Sam was recently seen puckering up to a brunette mystery woman in NYC. Since rising to fame, he’s tried to keep his love life out of the spotlight. He hasn’t been in a public relationship since splitting with girlfriend Mackenzie Mauzy in 2018.