Inside Britney Spears and Sam Asghari’s wedding — see the photos

With the taste of her lips, she’s on a ride.

Britney Spears and Madonna threw it back to 2003 by locking lips at the “Toxic” singer’s wedding to Sam Asghari Thursday evening.

Spears, 40, stunned in a sexy red Versace dress as she bent down to give Madonna, 63, a fat smooch on the lips at the reception.

Meanwhile, the “Vogue” performer rocked a long, colorful gown for the occasion. Both blonds closed their eyes as they shared the intimate moment.

The kiss was reminiscent of the headline-making moment the two pop stars kissed on stage at the 2003 MTV Video Music Awards.

During the performance, Madonna then turned to Christina Aguilera to plant one on her lips as well. But their moment was only briefly captured, as cameras panned to Justin Timberlake, who had just split from Spears.

Timberlake, now 41, infamously did not look pleased after the raunchy moment. 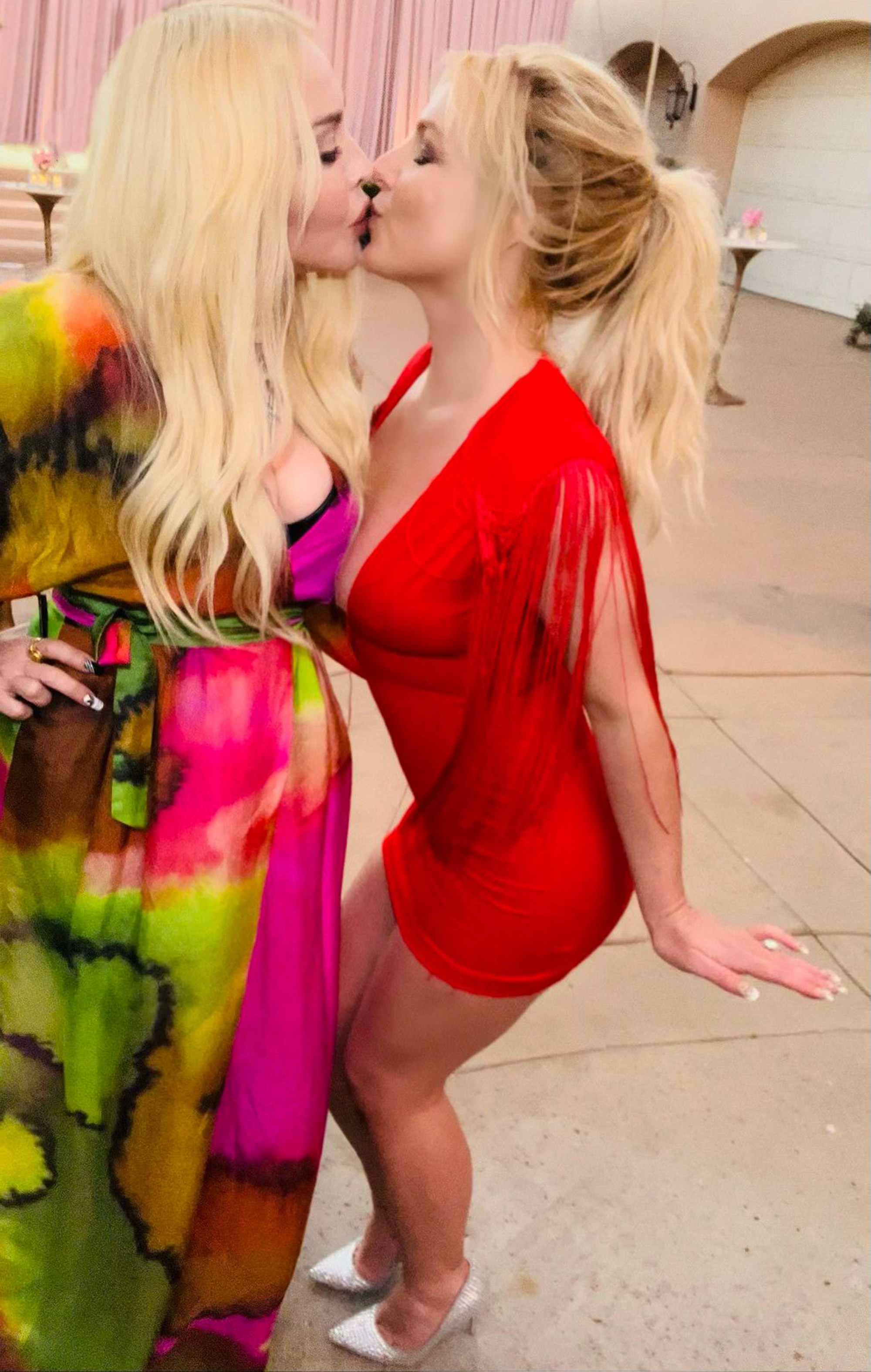 Madonna’s early-aughts kiss with Spears has lived on in infamy as one of the most shocking moments on live TV, and it seems to have only brought the two closer together.

A source previously told Page Six exclusively that the “Like a Virgin” singer “has always had a soft spot” for Spears and even “offered to help in any way” as the “Crossroads” star battled to end her controversial conservatorship. 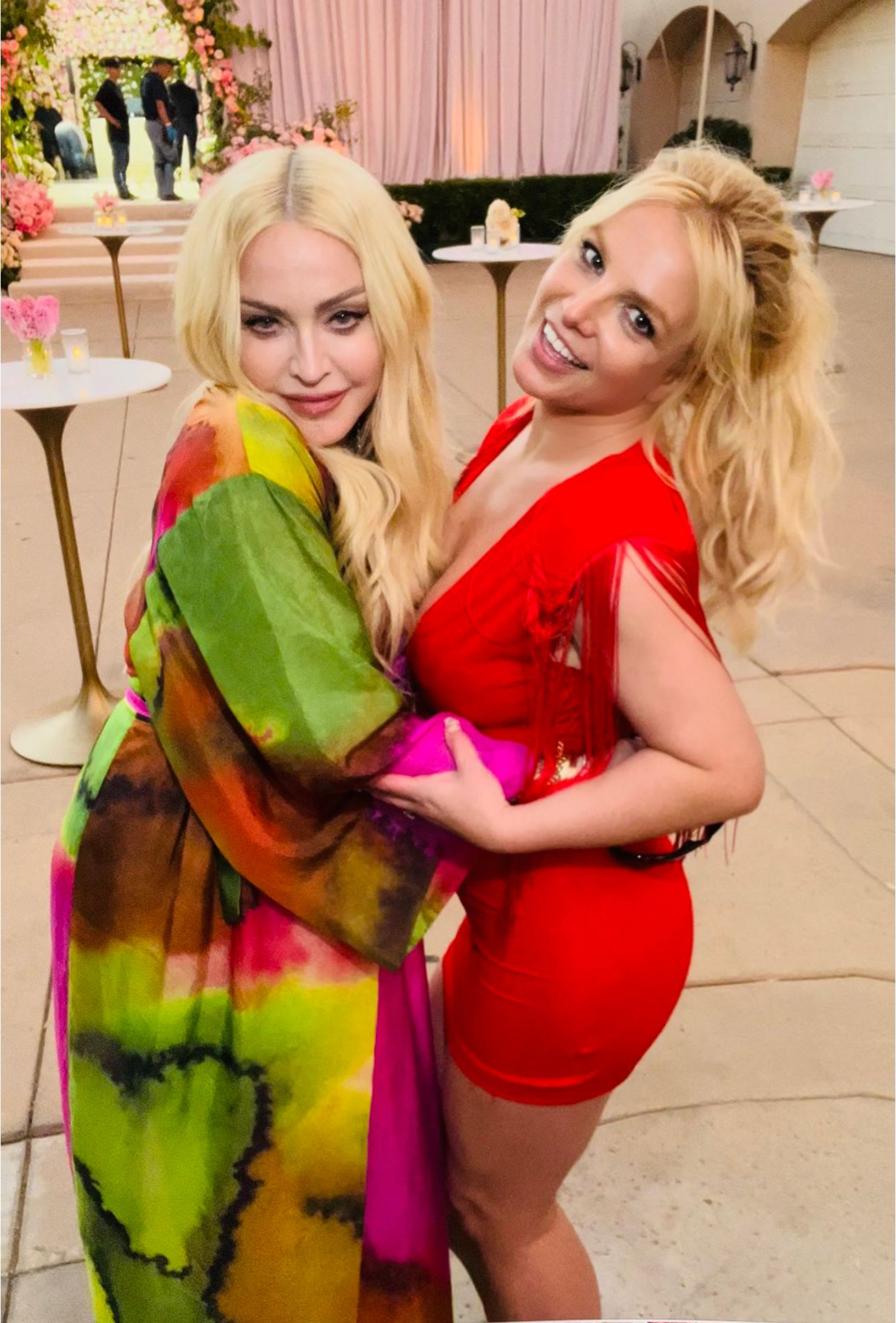 Madonna’s appearance at Spears’ fairy-tale wedding to Asghari, 28, marked their first public reunion since the legal arrangement was terminated in November 2021.

Other stars who attended the wedding included Paris Hilton, Drew Barrymore, Selena Gomez and Donatella Versace, the latter of whom designed Spears’ gown.

Chaos ensued earlier Thursday when Spears’ first ex-husband, Jason Alexander, was arrested outside her home in Thousand Oaks, Calif., after attempting to crash her wedding.

A source told Page Six exclusively that the Grammy winner was “shaken” by the incident but refused to let it “get her down.”

Notably absent from the beautiful day, however, were her estranged parents, Jamie Spears and Lynne Spears, and her sister, Jamie Lynn Spears, all of whom she has slammed for allowing her conservatorship to last nearly 14 years. 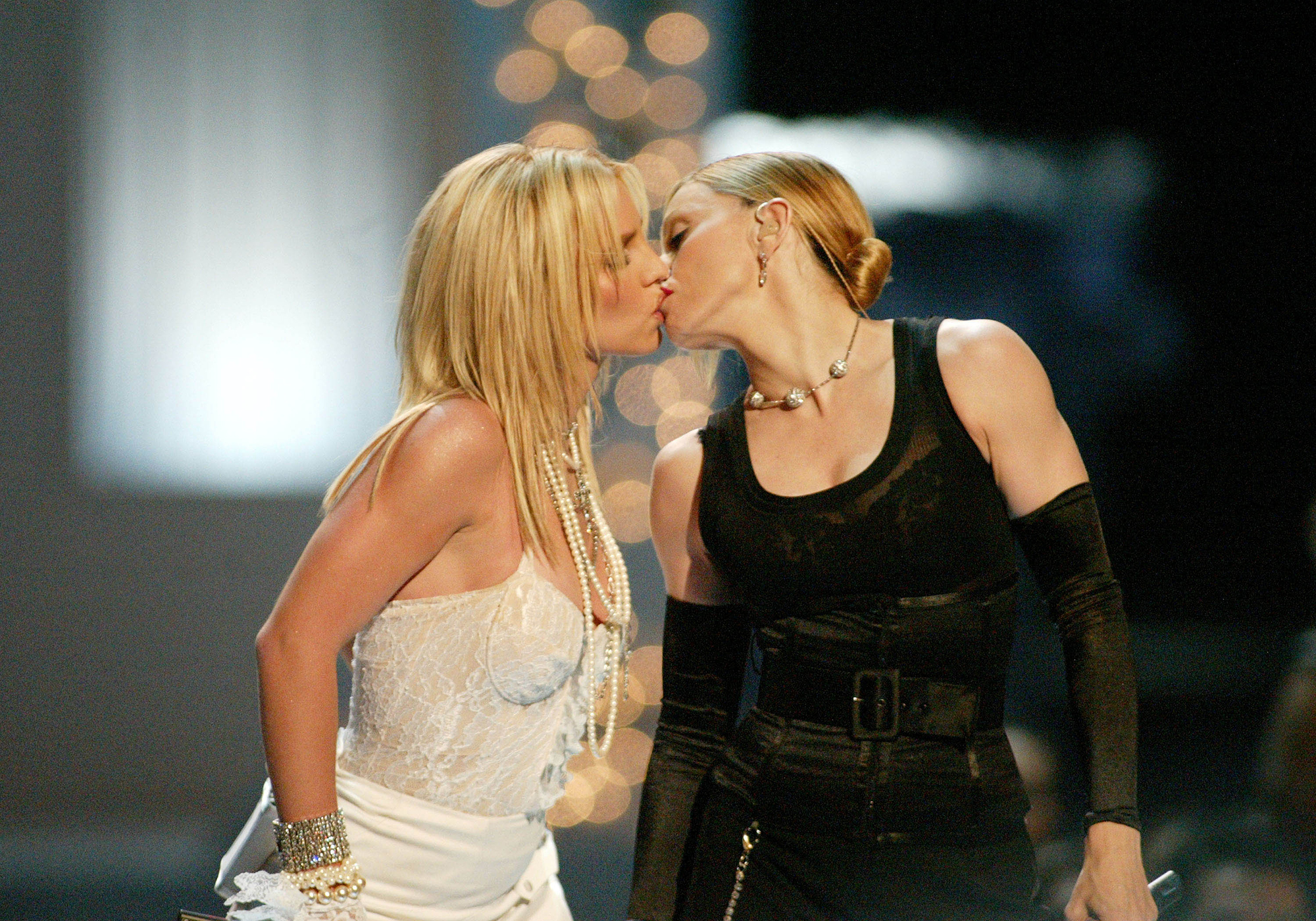 The Princess of Pop’s newfound freedom opened up the doors to allow her and Asghari to get married. He popped the question in September 2021 after nearly five years of dating.

The couple announced in April that Britney was pregnant, but she sadly suffered a miscarriage in May. They have vowed to “continue trying to expand our beautiful family.”

Britney has two sons with her second husband, Kevin Federline: Sean Preston, 16, and Jayden James, 15. Her boys did not attend Thursday’s wedding.