Here’s what you need to know about the latest developments.

How common is breast cancer?

According to the U.S. Centers for Disease Control and Prevention, breast cancer is the most common cancer in women and the second most common cause of cancer death in women.

It is expected that more than 268,000 women will be diagnosed with invasive breast cancer by the end of 2019, with more than 41,000 deaths reported this year.

It is estimated that more than 3 million women are living with breast cancer.

What you can do

We’ve known for a while that your risk of breast cancer gets lower with some lifestyle changes. Women who exercise, don’t smoke, don’t binge drink and stay a healthy weight after menopause have a lower risk.

Breast mammography, although imperfect, has been instrumental in detecting breast cancer when it does occur. Recommendations regarding screening are controversial; the question is the age that screening should begin.

The American College of Radiology (ACR) recommends annual screening starting at age 40, while the United States Preventive Services Task Force (USPSTF) believes that you should be screened every two years starting at age 50.

The American Cancer Society (ACS) recommends annual screening at age 45, with the option for women to be screened when they’re 40 if they prefer. The differences reflect changing opinions on what age the benefits of screening outweigh the risks.

New to the scene is breast tomosynthesis, a 3D screening tool that received FDA approval in 2011. Research has shown better cancer detection rates with tomosynthesis, and fewer “false alarms,” when women with no disease are mistakenly called back for further testing. 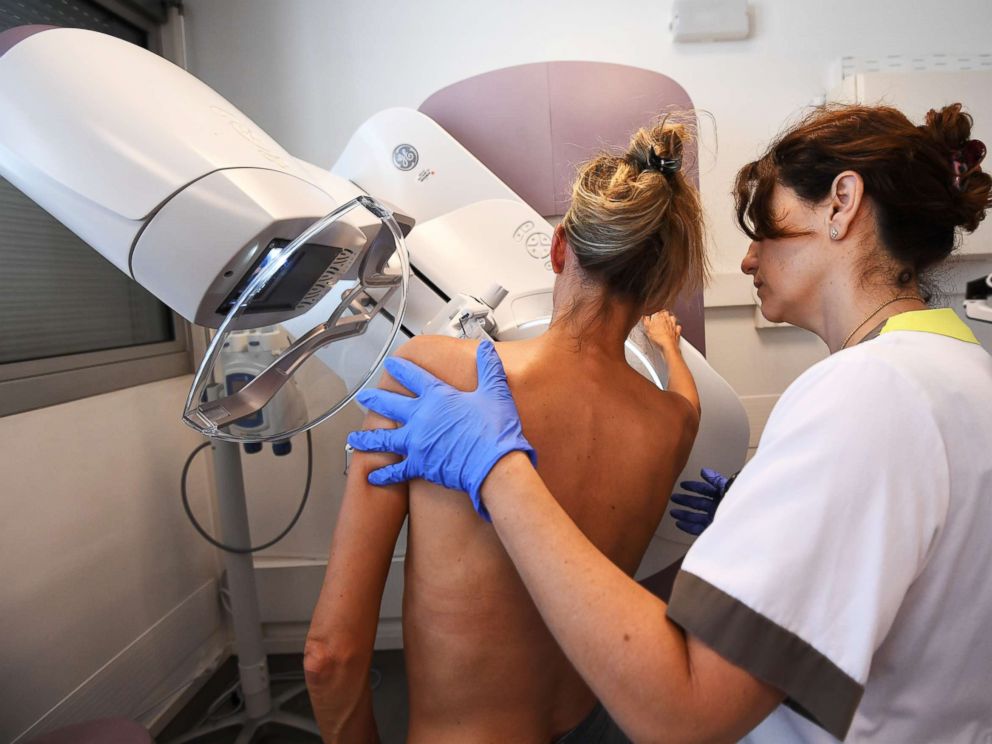 Doctors can check a few things to estimate your risk of breast cancer. There are many genetic risk factors, but they may also check for other mutations as well. The best-known mutations are BRCA1 and BRCA2, though doctors may not routinely check for them unless someone is high risk, meaning they have a known family history of the gene mutations or have a first-degree family member with breast cancer.

These mutations are inherited, so a doctor needs to know of any family members who have suffered breast cancer or ovarian cancer. Family history is very important, as physicians may decide to screen a woman earlier if a family member was diagnosed with breast cancer at an early age.

Genetic history, however, only accounts for 5 to 10 percent of all breast cancers, according to the American Cancer Society. Receiving large doses of radiation to the chest between age 10 and 30, either for treatment of lymphoma or any other reason, would be another risk factor for developing breast cancer.

A look at some of the latest treatment options

A diagnosis of cancer is frightening, but with advances in treatment, you and your doctor can find an ideal treatment plan. Surgeons may take out the cancer in a procedure called a lumpectomy, with plans for radiation therapy following surgery.

This technique conserves most of the breast tissue. If the cancer is more advanced, a surgeon may perform a mastectomy, where the entire breast is removed.

There are many types of breast cancer; depending on the cancer’s hormone receptor status and genetic factors, different treatments may work better.

Cancers with Estrogen Receptors (ER-positive) and Progesterone Receptors (PR-positive) may be given hormone therapy drugs to improve the outcome. Around two out of three breast cancers have at least one receptor.

Another important receptor is HER2, as this can be targeted with other medications. Cancers that don’t have any of these receptors are called “triple-negative” cancers and are typically more aggressive than other breast cancers.

These cancers may require more aggressive treatment, such as chemotherapy. Not only will the tumor’s hormone receptor status be tested, but the rest of the genetic makeup of the cancer itself may also be tested.

Using tests such as MammaPrint or OncotypeDx, cancers can be classified into cancers that are low- or high-risk of recurrence. If you have a low genetic risk of recurrence, you may be able to avoid chemotherapy, based on recent research.

Other women may avoid chemotherapy if other factors suggest a low risk of recurrence, such as small tumor size or early stage of diagnosis.

Breast cancer is common, and scary, but you aren’t treating it alone. With new techniques and treatments, the medical community is better equipped to cure it than ever before. Be sure to keep up with regular screenings, and let your doctor know of any new symptoms.

Dr. Jonathan Steinman is a physician in radiology and writer with the ABC News Medical Unit.