JUST in time for warmer weather, B&M has permanently reduced the price of its inflatable hot tub to £225, down from £250.

The offer means it's the cheapest deal around on tubs of a similar size. 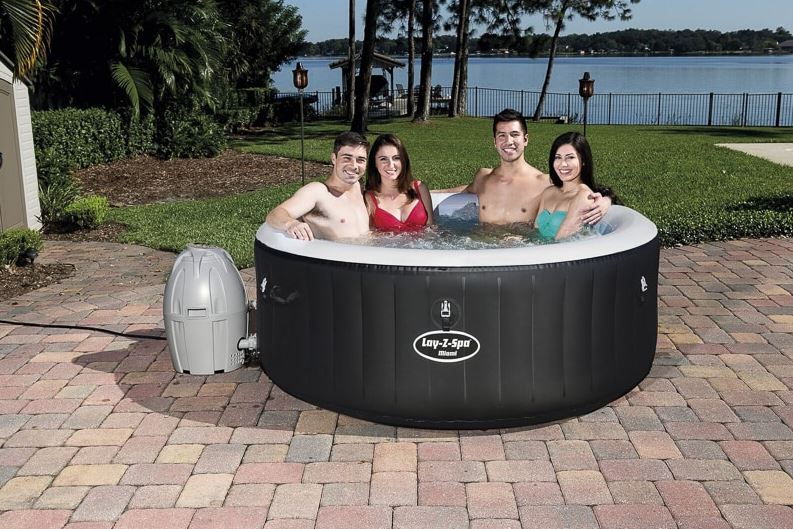 The Lay-Z-Spa Miami hot tub is big enough for four people, and it sold out at B&M in just a few days when it went on sale for £299.99 last year.

The retailer has now also reduced its six-person Lay-Z-Spa Vegas hot tub from £350 to £295.

Both tubs heat up to a toasty 40C, which will keep you warm even on a chilly summer night.

They inflate in under five minutes, and come with 81 and 87 spa jets, respectively.

The Miami hot tub has a diameter of 1.8 metres, while the Vegas version measures 1.96 metres.

Hot tubs can cost thousands of pounds but in good news for shoppers, a few retailers took part in a price war last month.

This started with Tesco reducing its four-person CleverSpa Amalfi Hot Tub from £385 to £265.

It was then followed by Lidl slashing the price of a similar version from £299 to £249.

Argos also sells the popular range of Lay-Z-Spas but its prices start from £400.

The offer at B&M is available in stores as long as stocks last, so you'll need to be quick if you don't want to miss out. You can find your nearest one by using its branch finder tool.

If you're looking for some accessories for your next pool party, you'll want to check out the mermaid and unicorn pool inflatables on sale at B&M.

The retailer's also launched bizarre pool inflatables in the shape of a toilet seat and the poo emoji.

And it's selling children's unicorn and flamingo picnic chairs for £8.