Also in the cast, Singaporean shipping heir Kane Lim, who has a $300,000 sneaker collection displayed in his home; rainbow hair specializing stylist Guy Tang, and Chanel-obsessed equestrian Jaime Xie, the daughter of a Beijing tech billionaire whose horses fly Emirates but lost out on a luxe barn to Eve Jobs.

One part “Crazy Rich Asians,” one part “The Real Housewives,” the pre-pandemic-filmed show follows uber-wealthy Asian Americans in Los Angeles living it up, and opening up about struggles with traditional family values and expectations, romance, identity, infertility — and the horror of arriving at a dinner party wearing the same Louis Vuitton haute joaillerie necklace as someone else.

“Kevin Kwan’s film ‘Crazy Rich Asians’ was such a smash, I said, ‘OK, there is an appetite for casts that are all-Asian or all Asian American, it can work.’ And we need representation on TV, too,” said Jeff Jenkins, who co-executive produced with Brandon Panaligan, bringing cumulative experience from “Keeping Up With the Kardashians,” “Shahs of Sunset” and “A Simple Life.”

The chance to be part of showcasing more diversity in Hollywood was also what attracted Chiu, a high-rolling fashion world fixture in Paris, Milan and L.A. who flexed her influence to shut down Rodeo Drive for a Chinese New Year charity event featured in episode one.

“This was exciting not only because it’s sharing an Asian perspective, but such a diverse one at that, with cast members from Chinese, Taiwanese, Japanese, Korean and Vietnamese backgrounds,” she said, Zooming in strapless Dior couture and Chanel fine jewelry at 11 a.m. on a Thursday, while acknowledging the show is just one, (very rich) slice of Asian culture.

“Most Asians are very private in general, which is also why the show is so unique,” added Chiu, who was born in Taipei, and is also a producer on the series. “Therapy is not advocated and you keep your dirty laundry to yourself because it could be a sign of weakness.” 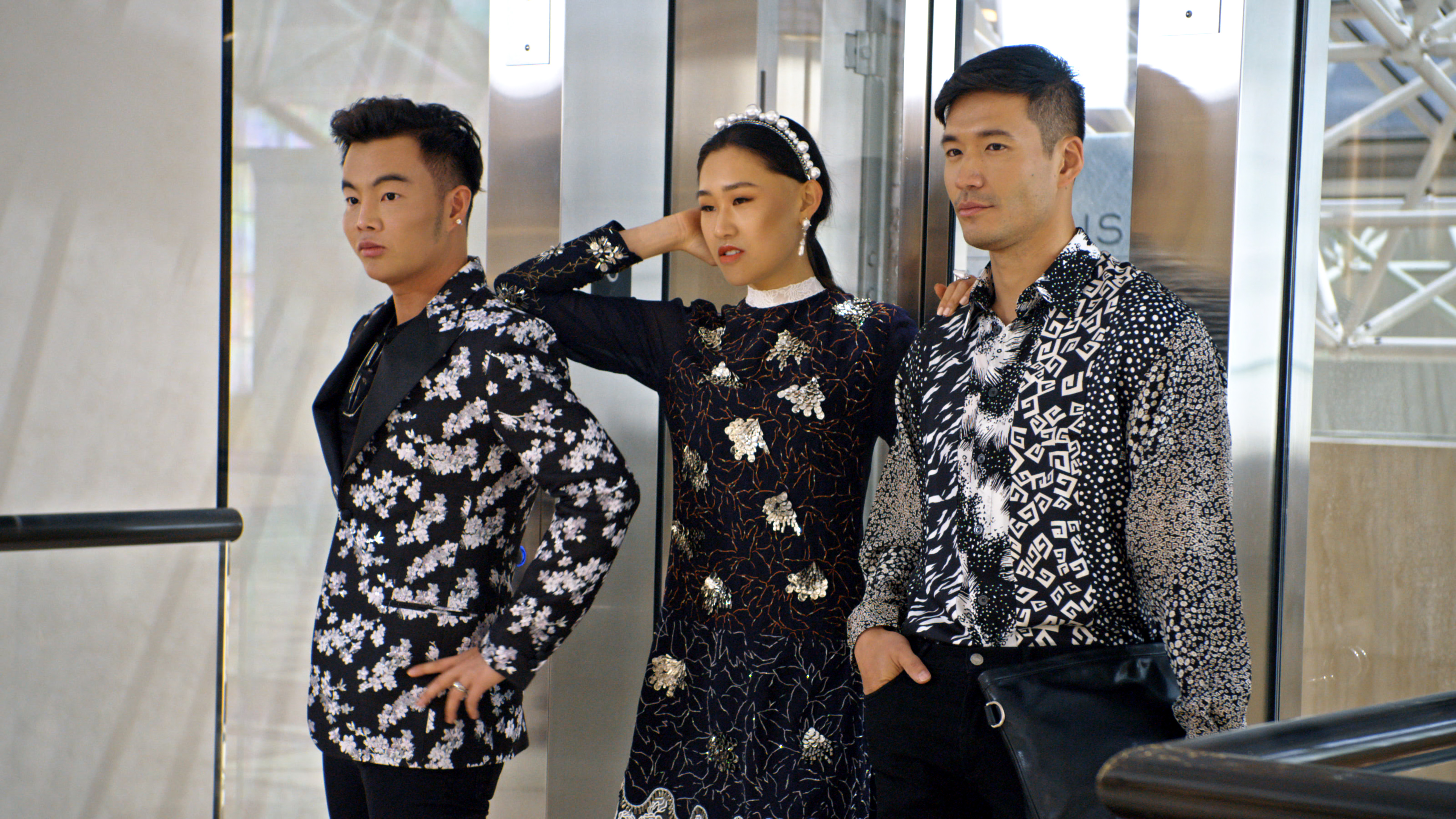 From left: Kane Lim, Jaime Xie and Kevin Kreider in episode eight, “Will You Marry Me?” of “Bling Empire,” season one. Courtesy of Netflix © 2021 Netflix

“We were raised not to share our feelings and it’s really hard actually,” said cast member Cherie Chan, who grew up in L.A. with “hardcore Chinese values.” Zooming in from Las Vegas on the same video call, while wearing midmorning Miu Miu, she added, “But being private didn’t help me. I learned to reach out more and tell people I need help,” said the mother of two, whose storyline involves pregnancy, postpartum struggle and traditional wellness remedies (including eating bird’s nest, egg whites and fish soup with papaya).

Although it has no official brand integrations, “Bling Empire” is label-heavy, with flashes of Piaget, Boucheron, Alexander McQueen, Balenciaga, Chanel, Baccarat and many more; private shopping and couture show scenes in Paris, trips to L.A. haunts the Beverly Wilshire Hotel and Koi, and glimpses inside cast members’ lavish homes.

“They go to Paris more than they go to Silver Lake,” deadpanned Jenkins, adding that the focus on male in addition to female tastemakers is also unique for a reality show series. “In a lot of shows you will see a Birkin bag, but we have Hermès china for breakfast!” he said of the level of wealth.

“Bling Empire” arrives at a time when luxury brands including Louis Vuitton, Dior and Moncler Genius are looking to the Asian consumer as a superpower and a salvation, shifting dollars and attention to China and other markets that have shown more recovery and growth during the pandemic downturn.

“It’s a really great time for us, and I’m appreciative of these big houses taking the time and attention and investing in this community that has supported them over the years,” said Chiu, sharing that Tiffany & Co. has donated in the six figures to charities she supports. “You see the reciprocity and respect and support between the fashion houses and the Asian consumer in this series.” 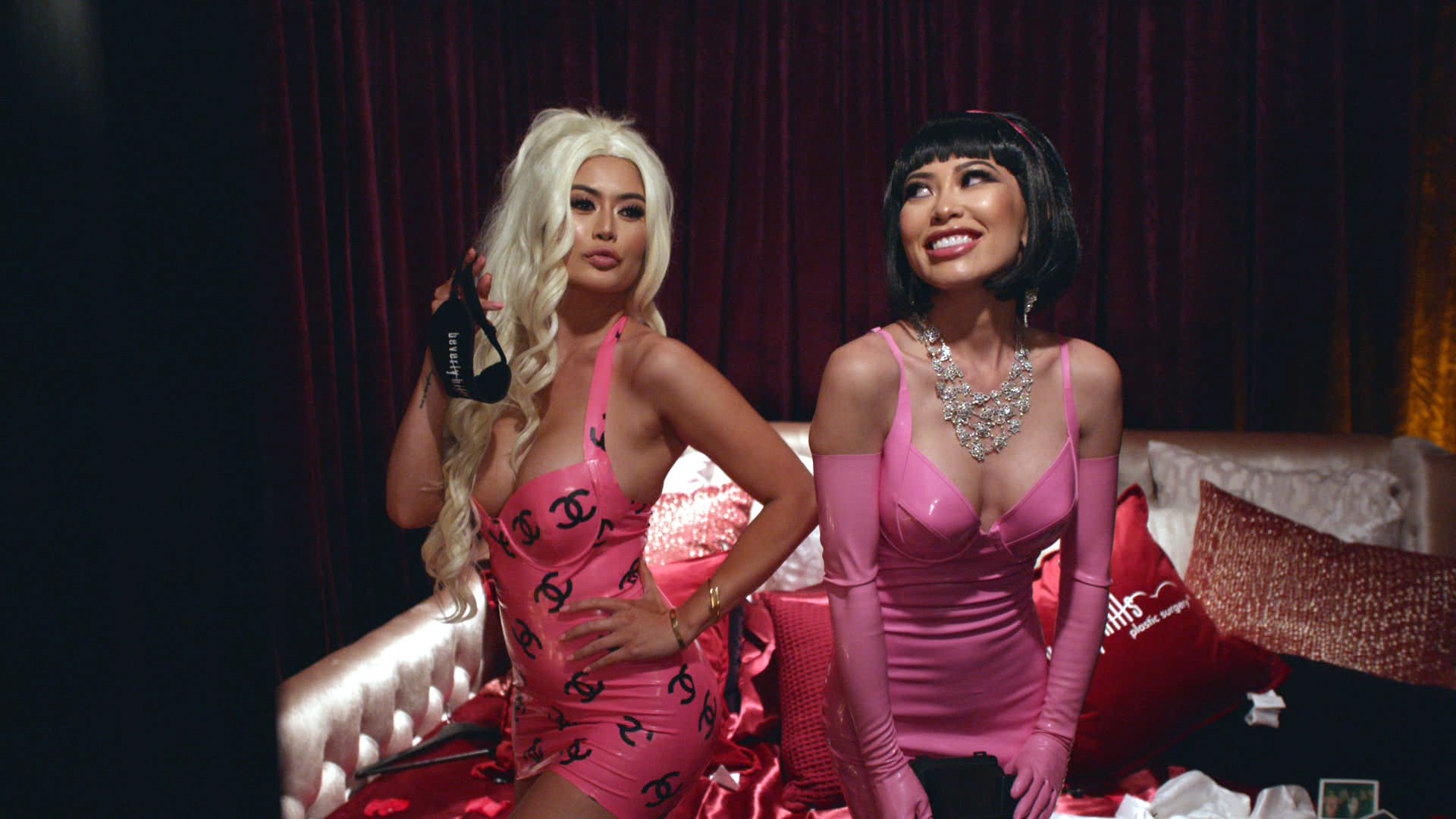 Chiu started collecting couture at age 26. “I used to just purchase pretty things, now I try to buy things that have meaning,” she said, sharing one of her favorite acquisitions is the Dior gold “house” dress that closed the fall 2019 couture show. “When else could I say, ‘I bought the house of Dior and it’s sitting in my closet?” she laughed.

In addition to fashion, “Bling Empire” is full of all the personalities, drama and rivalry one would expect from the genre. (Anna Shay, the Japanese-American/Russian daughter of a defense contractor who at one point takes a sledgehammer to her own closet, seems to be Chiu’s nemesis.)

But Chiu and Chen, who met on the runway show circuit, struck up a genuine friendship.

“One thing we have not let go of is the Asian tradition of prearranged marriages, because we’ve decided to marry our children! We’ve gone from fashion friends to real friends to now hopefully in-laws!” said Chiu.

“Does that mean I can go shopping in your closet? Can Jadore?” joked Chen, mentioning her four-year-old daughter.

Of course, reality shows have been known to produce some serious branding juggernauts, and Chiu already has plans: “After two decades building Beverly Hills Plastic Surgery with Dr. Chiu, literally in hard hat and heels, I’m working on a beauty project — something highly curated that’s endorsed by my husband and a team of leading experts.”

When will it launch? “TBD,” she said. “Maybe the second season!” 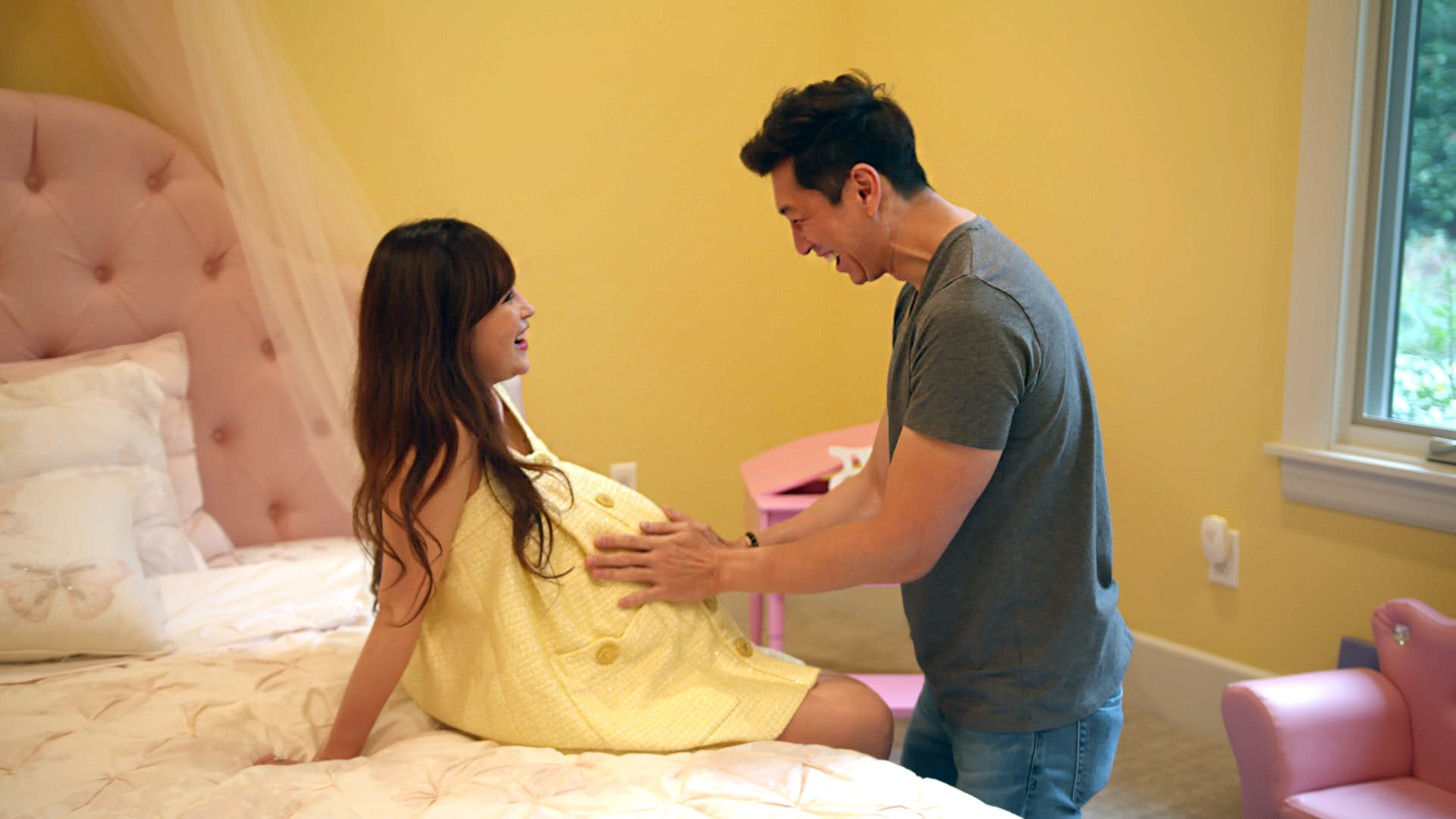 From left: Cherie Chan and Jessey Lee in episode three, “What’s in Anna’s Shower?” of “Bling Empire,” season one. Courtesy of Netflix © 2021 Netflix