Cedric the Entertainer parties with Russell Simmons before hosting Emmys 2021

Billy Porter isn’t flying under the radar at the Emmys.

The “Cinderella” star channeled his fairy godperson character on the 2021 Emmys red carpet Sunday night, where he stepped out in an Ashi Studio outfit featuring folded fabric wings.

While the all-black ensemble originally included floor-length ruffles instead, Porter, well, winged it, after it “didn’t work out,” telling People he switched to shorter wing-shaped panels.

“I am the fairy godmother,” he added to E! of his monochromatic top, trousers and wing-like accents.

In addition to platform shoes, Porter completed his show-stopping style with a series of sparkling Lorraine Schwartz jewels, including ear cuffs, bracelets, a necklace and rings on almost all of his gloved fingers.

He narrowly avoided losing some of his bling, as cameras caught the moment when one of his rings slipped off on the red carpet. 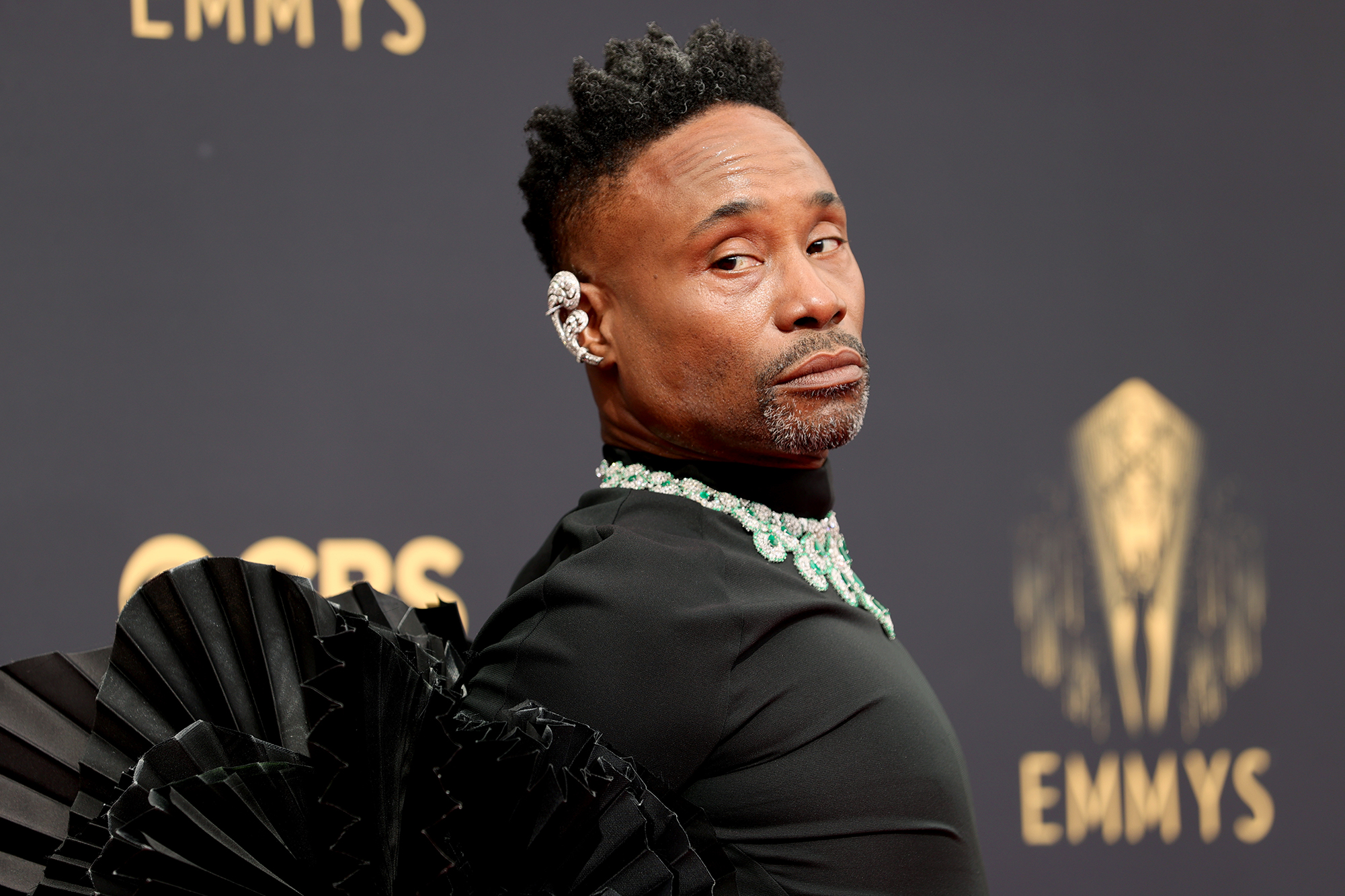 The star is no stranger to show-stopping styles, as he often steps out in elaborate red carpet looks ranging from a remote-control hat at the 2020 Grammys to a show-stopping tuxedo dress at the 2019 Oscars

While the night is already off to a flying start for Porter, it remains to be seen whether he’ll win Outstanding Lead Actor In A Drama Series a second time for his role as Pray Tell in FX’s “Pose.”

With its nomination for Outstanding Drama Series and star Mj Rodriguez’s Outstanding Lead Actress nod, “Pose” has a chance to make history this year as the first trans-lead series to win a major Primetime Emmy award.