The events will be available for streaming on Amazon Prime Video for 30 days starting June 17, with Amazon Prime Days set for June 21 and 22. The streaming is available to all without a Prime subscription needed. 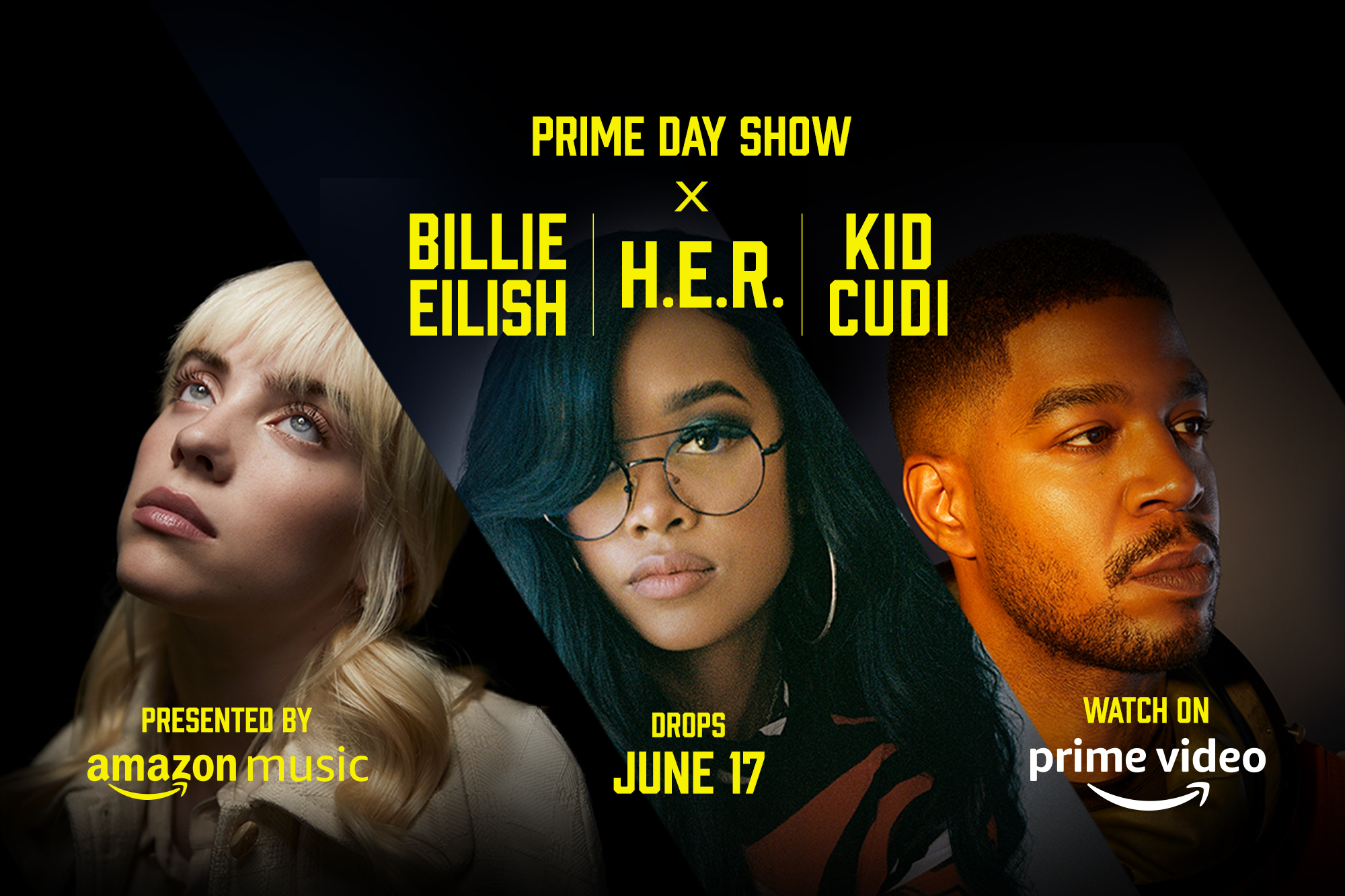 The special will offer performance and storytelling, inspired by Paris, the Dunbar Hotel, and outer space.

“Working with Billie Eilish, H.E.R., and Kid Cudi to bring their music to life through these imaginative experiences has been incredible,” said Ryan Redington, VP of music industry at Amazon Music. “Watching these globally renowned artists create three shows from the depths of their imagination has been unlike anything we’ve ever done before. We’re thrilled to bring fans along with us to celebrate these three remarkable artists and Prime Day.”

“These iconic artists have not only broken new ground in music but are inspired storytellers, culture creators, and visionaries,” said Jennifer Salke, head of Amazon Studios. “We’re thrilled to partner with Billie, H.E.R., and Cudi to bring these authentic and deeply personal specials to fans around the world as we celebrate Prime Day.”

The Prime Day show with Billie Eilish brings a timeless Parisian neighborhood to life with a series of cinematic performances. Set in the city known as the birthplace of cinema, it was directed by Billie Eilish and Sam Wrench, and features new music from Billie’s upcoming album, Happier Than Ever. The  musical tribute was inspired by Billie’s long-time admiration of a long-gone era.

The Prime Day Show featuring H.E.R. is set at the Dunbar Hotel, once known as the hub of Los Angeles Black culture in the 1930’s and 40’s. The Dunbar Hotel hosted some of the most prominent figures of its time, including musicians Duke Ellington, Lena Horne, Billie Holiday, and many more. In a modern day musical tribute, H.E.R. imagines what the Dunbar Hotel would be like if it existed in 2021, featuring new music from her album, Back Of My Mind.

Kid Cudi will depart earth to establish a new community on the moon in his performance. Featuring music from his album, Man on the Moon III, Cudi collaborates with the International Space Orchestra, the world’s first orchestra composed of space scientists from NASA Ames Research Center, the SETI Institute, and the International Space University as his backing band.

The Prime Day Show with Kid Cudi is produced by Fremantle, Wolf + Rothstein, Mad Solar, and Amazon Studios, and is directed by Sam Wrench. Ashley Edens served as executive producer, along with Chad Wolf, Fam Rothstein and Sam Wrench as co-executive producers. Runtime is approximately 25 minutes.

To celebrate her performance, Billie Eilish is launching a line of merchandise that will drop exclusively on Amazon on June 17 alongside the Prime Day Show. Fans will be able to shop a collection of T-shirts, sweatshirts, posters, accessories, and more on Amazon.com/BillieEilish and in the Amazon Music app.