Kate Bush is a musical genius, a shape-shifter, ahead of her time. While that’s been clear to many people for a long time, for Melbourne-based artist Benn Bennett, it’s next-level: she is an obsession.

The 40-year-old is so enamoured of the ethereal singer that he left a fulltime job to fly and see her live in London in 2014. Working at Qantas at the time, he asked for leave but was told no, so he handed in his resignation. “I chose art over aviation,” he says, adding that the last time she toured was 1979, before he was born. 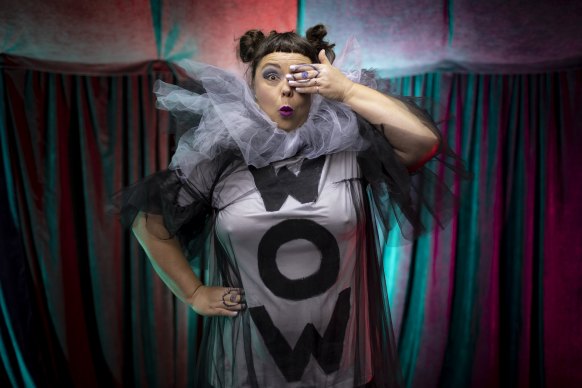 Sarah Ward, one of the artists behind Up Late With Kate, a Kate Bush tribute show.Credit:Wayne Taylor

Happily, it lived up to his expectations. “After about the third song I was happy I’d quit my job.”

Bennett has created a cabaret show dedicated to the now 64-year-old artist: Up Late With Kate, a celebration of her brilliance and kookiness. It’s a timely offering, given Bush’s Running Up That Hill hit the charts this year thanks to a pivotal scene in Stranger Things; it is the now most streamed track in the world. It’s unlikely the new generation that has discovered Bush’s music will ever get to see her perform live, so this uber-fan hopes to fill that gap.

Staged as part of the Melbourne Fringe Festival, the show sees Bennett perform alongside Sarah Ward – better known by her stage name, Yana Alana – and Bec Matthews, of Queen Kong and the HOMOsapiens and Circus Oz fame.

He describes it as a tribute of sorts, a relaxed, loungeroom-style cabaret show with a little – or a lot, depending on the vibe on the night – audience participation. A singalong is always encouraged, he says. Expect a number of Bush’s big hits, as well as a selection of B-sides and lesser known tracks; all the music featured comes from the early part of her career, from 1978-1985. 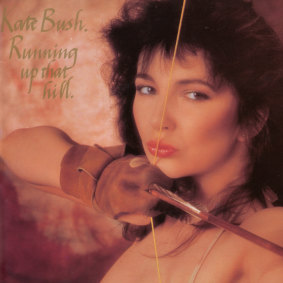 The album cover of Kate Bush’s 1985 hit Running Up That Hill.Credit:

“When I was a teenager I was drawn to the originality, then I started to listen to her albums and realised she was an album artist, not just a pop-single artist. It went beyond the commercial stuff, there were so many other great songs.”

Bennett encourages attendees to dress up, adding there will be costume changes by the artists on stage, which he describes as Kate-inspired: just don’t expect the red dress a la Wuthering Heights flash mobs. “She wore and created such interesting costumes across her career, we’ve tried to put our own take on that,” he says. “I always like people to go to a bit of effort and decide to wear something special.”

One outfit that will get an airing is Ward’s fabulous Wow dress, in honour of a song by the same name from Bush’s Lionheart album, about the music industry. 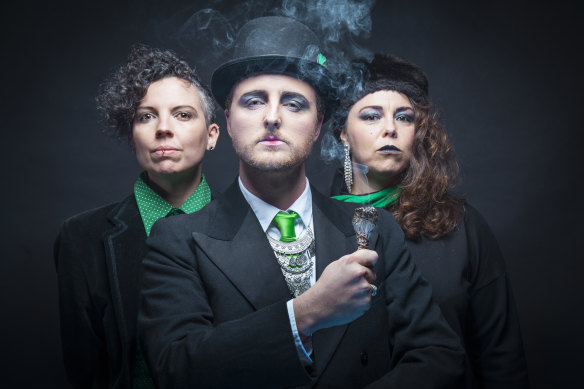 Bec Matthews, Benn Bennett and Sarah Ward in their show ‘We Three’Credit:

Ward describes Bush as a genius and says the show will encourage people to go deeper into her work. “She is an incredible, highly skilled musician, she understands how to tell a story, not just musically but with her words. She talks about important subjects – the fallout from radiation after Chernobyl; nature; returned soldiers and PTSD. She also isn’t afraid to create abstract work, in which she interprets books she’s read,” she says. “She’s an interesting performer as well. Her film clips are incredible, they are so strange.”

“She’s so unapologetic about what she creates. She reminds me of Bjork, who is my favourite artist. She’s someone that goes deep into their process … Sometimes when men do that they are seen as geniuses, but women do that and they’re seen as crazy, or witches. Kate Bush is a genius; Bjork is a genius.”

These artists take us to these uncomfortable places of learning, says Ward, about ourselves, about the world, about certain topics we’ve never thought of and about music. “If you’ve ever felt uncomfortable watching a Kate Bush film clip, just surrender to it: that’s where the learning is.”

The trio appearing in Up Late With Kate won the Best Cabaret Ensemble Green Room Award in 2016 for their show Occasional Suburban Witch in that year’s Melbourne Fringe Festival, which also featured a cover of And Dream Of Sheep, a Bush song from the Hounds of Love album.

This show has its origins in two tribute shows Bennett has previously created, as well as an event he devised for the Big West Festival, which saw an ensemble of singers including Rebecca Barnard and Ali McGregor perform Bush songs; he hopes to do it again before too long. All those diehard Bush fans will no doubt hope the same.

Up Late With Kate is at The Parlour, Prahran, on October 22 and 23.

The Age is a Fringe festival partner.