Bumping along! Kylie Jenner showed her Instagram followers her pregnancy progress while driving on Sunday, September 19.

“Belly’s getting big,” the Keeping Up With the Kardashians alum, 24, captioned an Instagram Story Boomerang of herself behind the wheel. The former reality star showed her baby bump in a black jumpsuit as well as her gold rings in the social media upload. 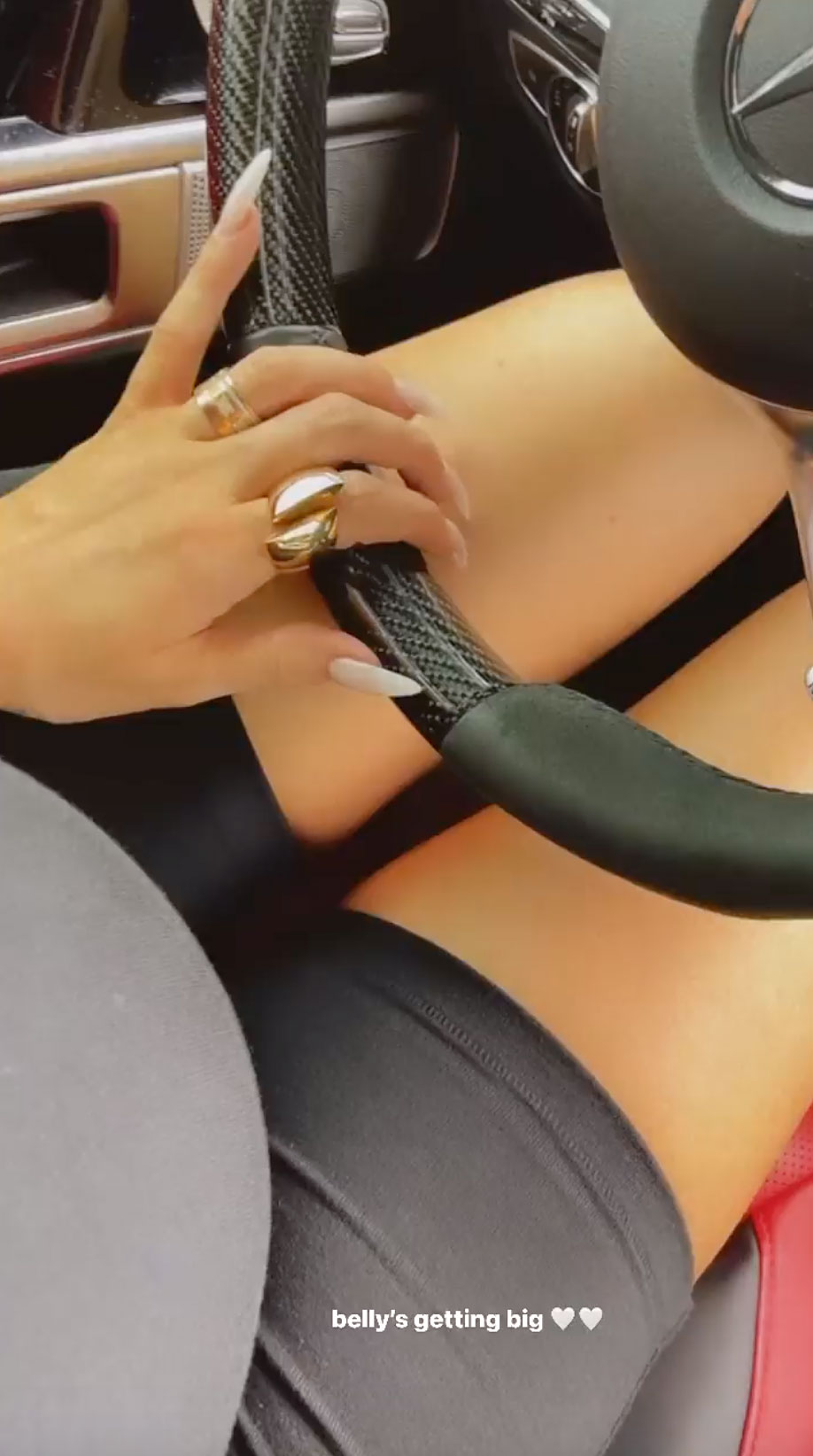 The post came after the Los Angeles native documented her latest pregnancy craving —Shipley Donuts. The Life of Kylie alum, who also shared a picture holding hands with her and Travis Scott’s daughter, Stormi, 3, previously wrote via Instagram that she had a sweet tooth ahead of baby No. 2. Jenner photographed a frozen yogurt cup on September 13.

Us Weekly confirmed in August that the Kylie Skin creator is pregnant, and she addressed the news the following month.

“@travisscott,” the makeup mogul wrote alongside a September 7 Instagram video documenting the early days of her pregnancy journey, from a positive test to an ultrasound appointment.

Not only did Kris Jenner gush over her upcoming grandchild in the touching footage, but she told reporters at the Met Gala last week how “excited” she is.

As for Kendall Jenner, the model, 25, told Jimmy Fallon on Tuesday, September 14, that she wasn’t surprised by her sister’s news. “It’s really exciting,” Kendall explained during the Tonight Show Starring Jimmy Fallon appearance. “She called me, and I answered the phone and she just had a little picture of her sonogram. I felt like it could happen sometime soon. It’s just a blessing. It’s amazing.”

When Kim Kardashian spoke to Ellen DeGeneres the following day, she joked that Khloé Kardashian “should … try” to conceive baby No. 2 as well.

The Strong Looks Better Naked author, 37, was previously pregnant at the same time as Kylie in 2017. She gave birth to her and Tristan Thompson’s daughter, True, now 3, two months after Stormi’s arrival.

While the Revenge Body host has been vocal about her plans to give her toddler a sibling via gestational carrier, her and Thompson’s surrogate fell through in June. That same month, Us confirmed that the on-again, off-again couple had been broken up for “a few weeks.”

“[Surrogacy] a very tedious, hard process,” the Good American cocreator told Andy Cohen during the KUWTK reunion at the time. “And it was interesting because Kim went through the journey, and I swear it felt like she said, ‘I want to get pregnant,’ and two weeks later she found a surrogate.”