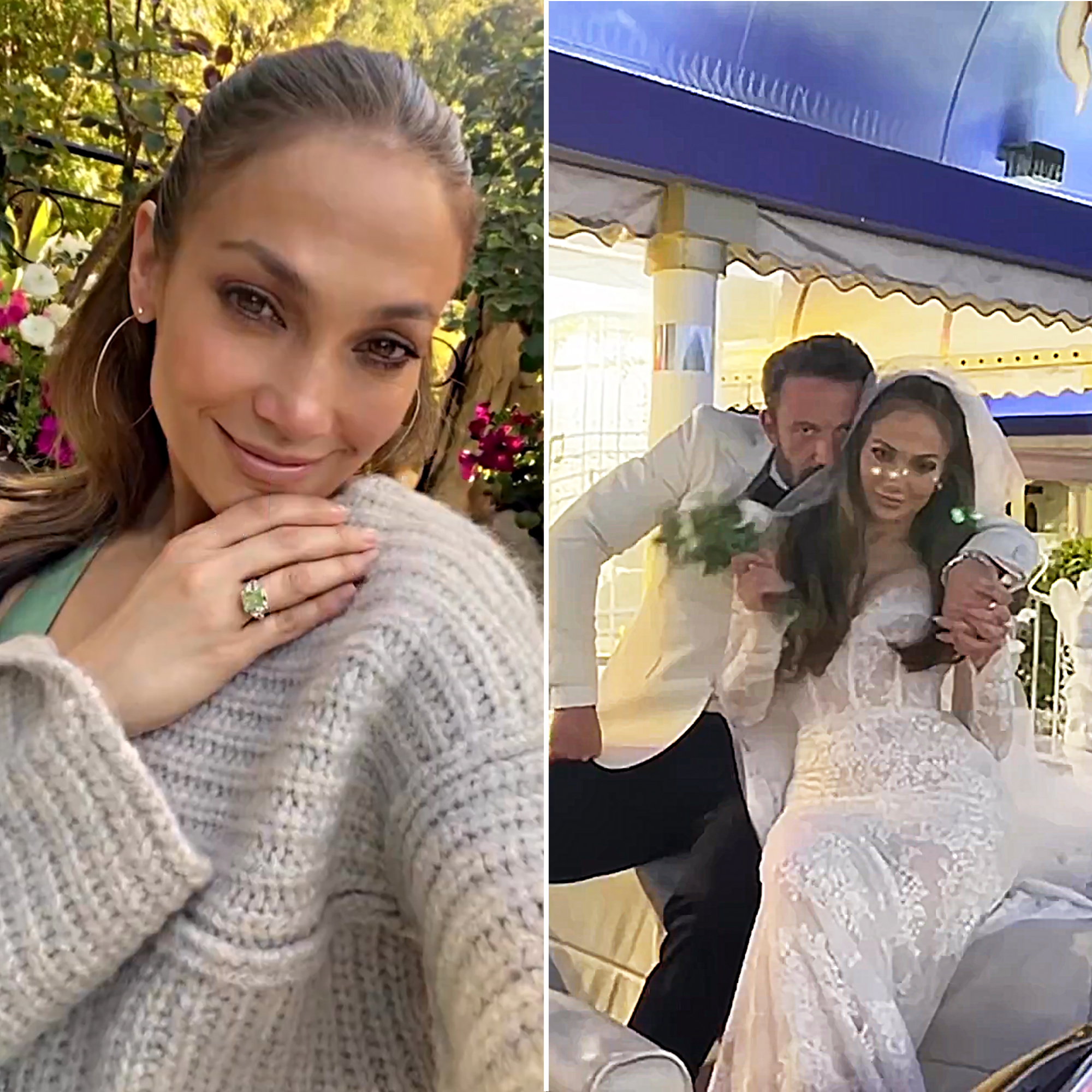 For Jennifer Lopez, 2022 was a dream come true. The singer shared a video montage of her favorite moments from last year, which included glimpses of her weddings to Ben Affleck.

“2022 was one of the best years yet!!!! I cannot wait for all that’s to come next year,” Lopez, 53, captioned the Sunday, January 1, social media post. In the clip, the hitmaker unveiled never-before-seen photos of her green diamond engagement ring and the dresses she wore to say “I do” to Affleck, 50.

One snap showed off the stunning lace Zuhair Murad gown she donned for her and the Gone Girl star’s Las Vegas nuptials in July 2022. That night, the “All I Have” songstress also wore an elegant Alexander McQueen frock, which held a special meaning.

A Southern Affair! Everything to Know About Bennifer’s 2nd Wedding 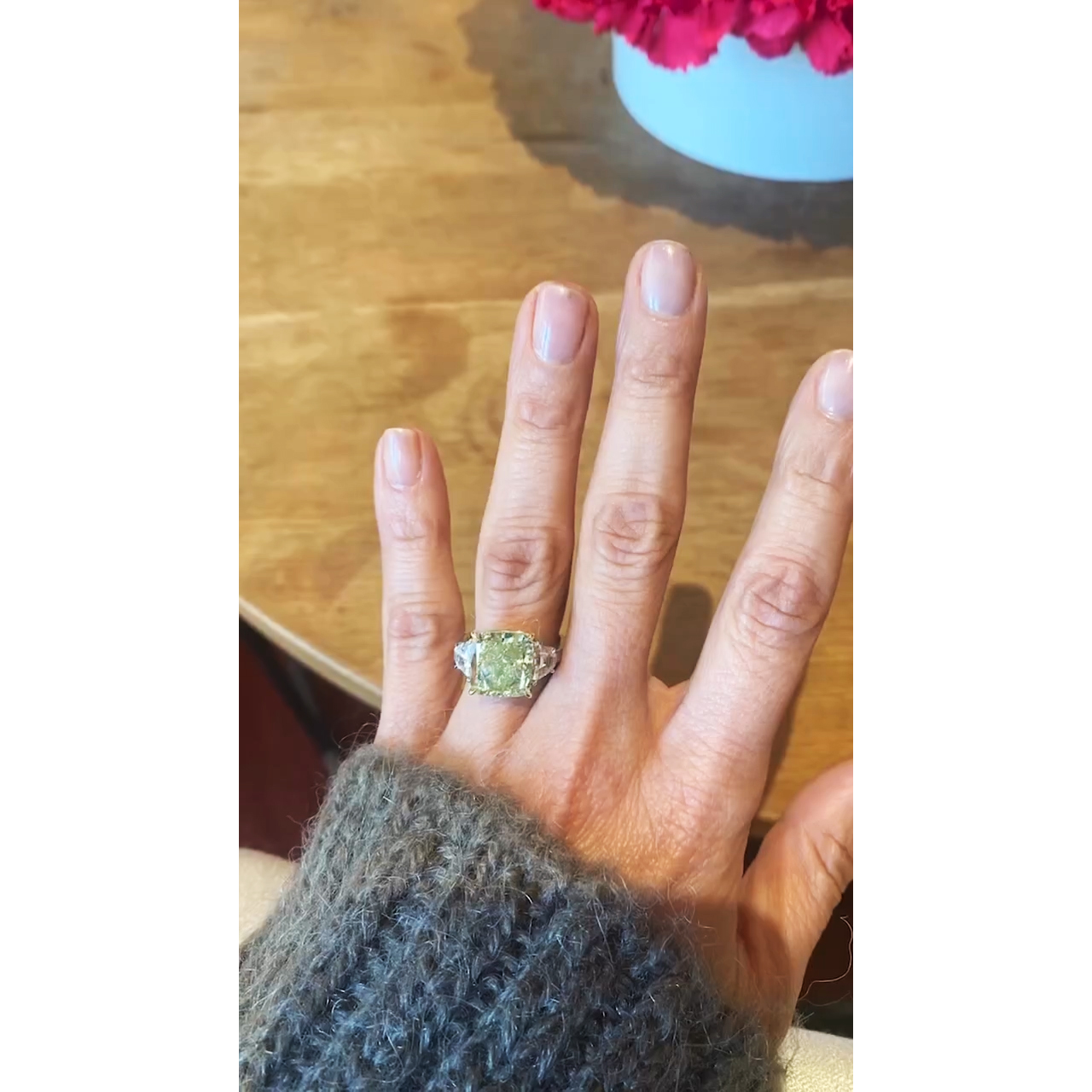 Also included in her 2022 recap were peeks of the ruffled Ralph Lauren design she wore to her and Affleck’s second ceremony at the Argo director’s Savannah, Georgia, estate in August 2022.

For the grand finale, the musician dazzled in a “chandelier pearl” gown that was equipped with “thousands of cascading strings of pearls,” according to the brand. Affleck, for his part, looked dapper in a classic tuxedo — also from Ralph Lauren — that featured a cream dinner jacket and black double pleated trousers.

The Hustlers star and the Justice League actor were previously engaged from 2002 to 2004 after connecting on the set of their movie Gigli. While they were initially set to wed in September 2003, they called off the big event due to “excessive media attention.” They broke up cut four months later.

From Paris With Love! All Jennifer Lopez and Ben Affleck’s Honeymoon Looks

The twosome reconnected in 2021 following Lopez’s split from ex-fiancé Alex Rodriguez. The Shades of Blue alum and the Good Will Hunting screenwriter, who was previously married to Jennifer Garner, made their romance Instagram official in July 2021. Affleck popped the question again in the following April. (Lopez shares twins Max and Emme, 14, with ex-husband Marc Anthony. Affleck, meanwhile, shares daughters Violet, 17, and Seraphina, 13, and son Samuel, 10, with Garner, 50.)

The lovebirds celebrated their marriage with a honeymoon in Paris, which Lopez gushed over in her end-of-year slideshow. Ahead of the new year, Lopez and Affleck hosted a Christmas party ahead of their first holiday as Mr. and Mrs.