The Australian Open is at serious risk of being stripped away from Melbourne and moved to Sydney and perhaps even China as Covid crowd restrictions have left Tennis Australia penniless and unable to fund much-needed expansion.

That is the warning sounded by TA chief Craig Tiley, who said even the $1 billion of taxpayers’ money handed to the organisation over the past decade to enhance the Melbourne Park precinct was nowhere near enough to get it up to the standard of other Grand Slam tournaments.

Tiley said TA was in no position to fund improvements itself because crowd restrictions over the past two Australian Opens had left the organisation on the financial brink.

He told the Herald Sun that TA’s cash reserves had ‘gone from $80m to zero, pretty much’ as result of the Covid crowd limits for the past two years. 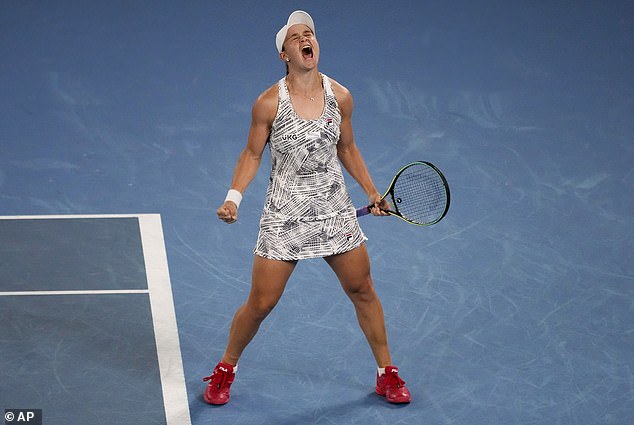 Ash Barty celebrates winning the 2022 Australian Open women’s singles title. Will she be one of the last to do so at Melbourne Park? There is fresh speculation the event may need to move due to Tennis Australia’s Covid-related financial struggles.

TA was budgeting for a record 900,000 ticket sales for next month’s event to provide much-needed funds, with Tiley admitting there had been fresh talks about moving the event away from Melbourne due to the financial crisis.

‘I know it was discussed and it was argued, absolutely,’ he told the Herald-Sun.

‘From a personal point, the Australian Open should always be in Melbourne – I’ve always advocated for that.

‘But I’m just one person.

“There is an organisation, there is a board, there are stakeholders and there is also the company for the future.’ 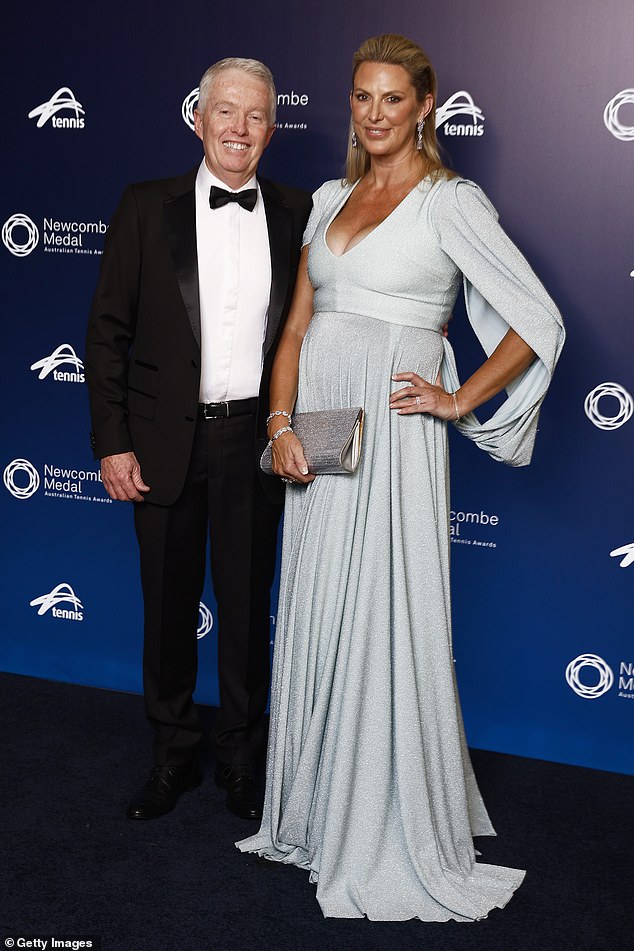 Tennis Australia chief Craig Tiley (pictured with wife Ali at the recent Newcombe Medal event) warns the future of the Australian Open is in doubt due to the organisation’s financial problems created by Covid-related crowd restrictions.

In 2010 there was a strong push from private investment groups in both Sydney and Shanghai to snatch the event, prompting the Victorian government to pour in $1billion to improving Melbourne Park and retaining the event.

Unlike the other three, Melbourne Park is only leased by TA, not owned, with the facility being government controlled.

‘There was a period when we were way behind and then we caught up and everyone was together,’ Tiley said.

‘Now those other three are making massive jumps and they can because they have space.

‘So what is going to be our massive jump to ensure we don’t fall behind?’ 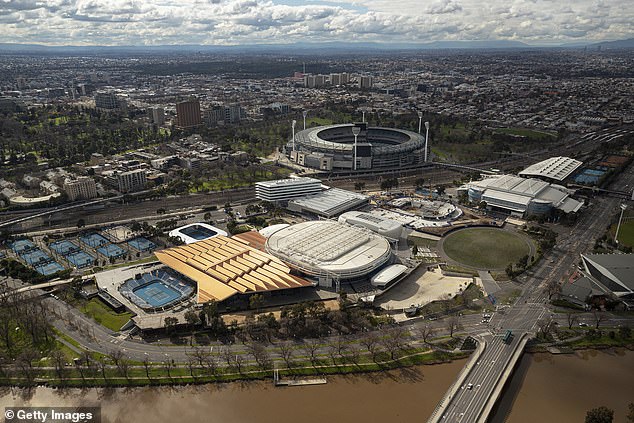 Melbourne Park (pictured) has had a $1billion investment from the state government over the past ten years but Tiley says it still needs another major stadium and extra outside court, but there is little room for expansion in the city’s sporting precinct.

To do that, he suggested Melbourne Park will have to expand over the rail lines into what little green space remained in the city’s tightly-packed sporting precinct, adjacent to the AAMI Park rectangular stadium.