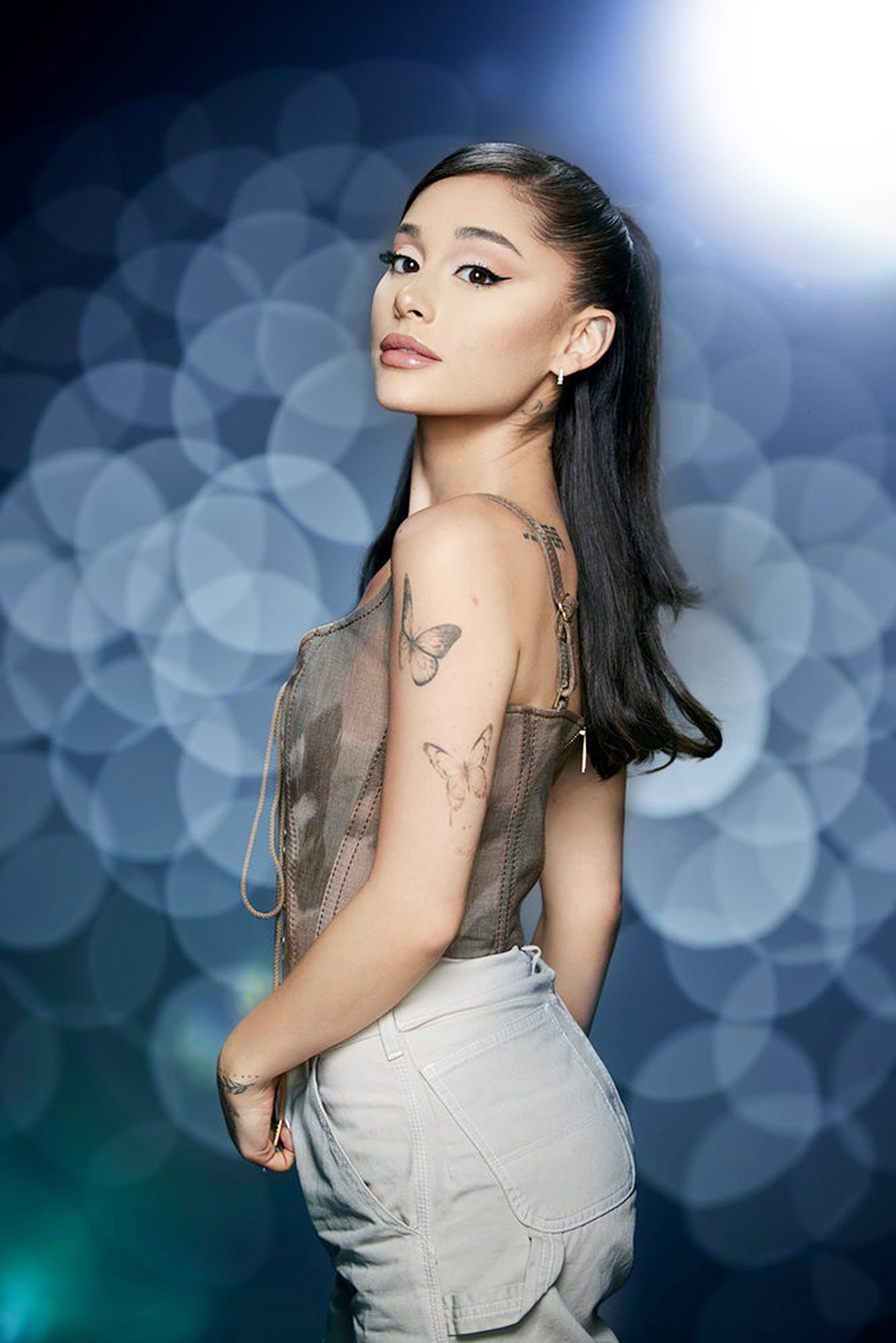 Not afraid to laugh at herself! Ariana Grande showed off her sense of humor after one of her Voice teammates praised Ed Sheeran‘s songwriting skills — but not her own.

‘The Voice’ Winners Through the Years: Where Are They Now?

During the Monday, November 1, episode of the NBC competition series, contestant Sasha Allen was thrilled to meet the 30-year-old British singer, who guest starred as the season’s mega mentor. “You are, like, top two songwriting inspirations,” Allen told the “Shape of You” musician. “Like, the reason I started writing songs.”

Allen’s coach, however, joked that she was slightly miffed he didn’t have similar compliments about her own music. “I’m a bit offended that, ‘Booooooy, you got me walking side to side’ didn’t earn me a spot as a top lyricist,” the 28-year-old “Dangerous Woman” songstress quipped, referencing her 2016 single featuring Nicki Minaj.

When the song first premiered, the former Nickelodeon star wasn’t shy about revealing the meaning behind its risqué lyrics. “That whole song is about riding leading to soreness,” the pop star told MTV News in August 2016. “’Ride d–k bicycle’ is the lyric, indeed.”

Later that year, Grande tried to explain the lyrics to Ellen DeGeneres, who had some questions about what “ride d–k bicycle” meant. “What does that mean?” the talk show host, 63, asked. “Is that like a banana seat?”

‘The Voice’ Coaches Through the Years: Looking Back at Who Left and Why

Holding her head in her hands, the visibly blushing “7 Rings” singer replied, “Kind of. I don’t know, actually.”

The Florida native only joined the panel of Voice coaches earlier this year, but she’s already making her make on the long-running series — and ignoring some rules along the way.

“I’ve broken every rule in my contract,” she said during a September appearance on The Kelly Clarkson Show. “I talk to [my team] all, all the time. I’m like, DMing them. They’re like, ‘You’re not supposed to do that.’ And I’m like, ‘Sorry.’”

Ariana Grande’s Dating History In Photos: A Timeline of Her Exes and Flings

The “34 + 35″ singer added that mentoring amateur musicians is her favorite thing about working on the show, which premiered in April 2011.

“I just love seeing the talent that’s on the show and getting to know these artists and work with them,” she explained. “It’s just, like, a really special experience to be able to share some of what we’ve learned and been able to do in our lives with these artists that are just wanting to do the same thing. It’s a really special opportunity to be able to share that with people. To be in that position is really interesting.”

The Voice airs on NBC Mondays and Tuesdays at 8 p.m. ET.