Are electric blankets the answer to sky-high energy bills? As UK households look for ways to cut costs amid soaring prices, how the heated appliances may save you money

As wholesale gas prices are on the rise, energy bills in the UK are set to soar, with a typical household’s annual payment set to soar.

The government has announced an energy price guarantee to help people manage their bills, but from 1 October an average household in the UK will pay rates that equate to £2,500 a year.

However this price cap is not necessarily how much a household will pay, with the energy bills still being determined by how much energy is used in the household.

Despite the government announcing some help for bill payers, people up and down the country are looking at alternative ways to keep warm this winter that won’t break the bank.

Among the alternative options is using an electric blanket, meaning you may not need to put the heating on at all overnight. 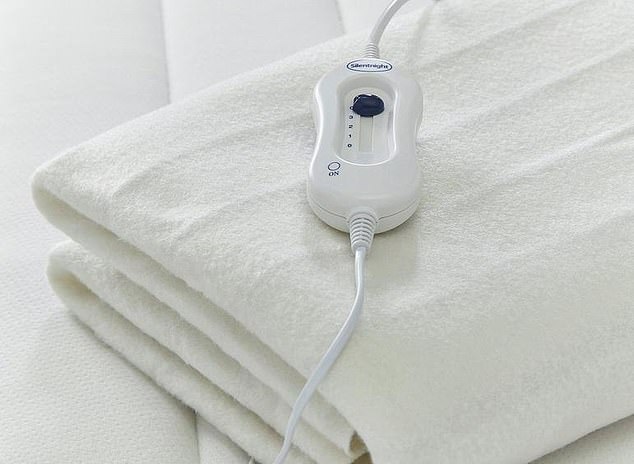 How much can Britons really save on their energy bills by using electric blankets? As rates are set to rise from October, many households are looking for ways to save money

Electric blankets are typically much cheaper to run than putting on your central heating, as the wire within the fabric produce heat which radiates throughout the blanket.

The products can come with different power ratings, but even the most powerful will likely still be cheaper to run than having your central heating on all night.

They added it would be even cheaper to run a 50W or 60W blanket.

Other ways to ensure an electric blanket costs as little as possible include preheating it so it usese even less energy.

It is also possible to buy timed electric blankets, which you can set to switch off after a set time period.

Customers who have purchased electric blankets appear to agree they are a much cheaper and efficient way of keeping warm, posting positive reviews of the products they have bought.

One shopper who left a review on the Argos website said: ‘I know that it will save me money on my heating bills too. Getting into a warm bed is luxurious.

‘I love going to bed earlier too and don’t have to heat the whole house for so long at night.’

Another said: ‘Perfect for these chilly nights!’

What has prime minister Liz Truss proposed to help with bills?