Home » Animal shelter searches for owner for their 'biggest ever' dog

Would YOU adopt 16-stone Sir Galahad? Shelter hunts for ‘big-hearted’ owner to give enormous their ‘biggest ever’ dog a home

An animal shelter is hunting for a ‘big hearted owner’ to give an enormous 16st mastiff a home.

Four-year-old mastiff Galahad, who is from Canterbury, tips the scales at an incredible at 15 stone 7lbs and is similar in weight to the average newborn elephant.

Harriet Blaskett, rehoming centre manager at Dogs Trust Canterbury, said the huge pup is the ‘biggest dog’ they’ve ever had to rehome but he has ‘no idea of his size’. 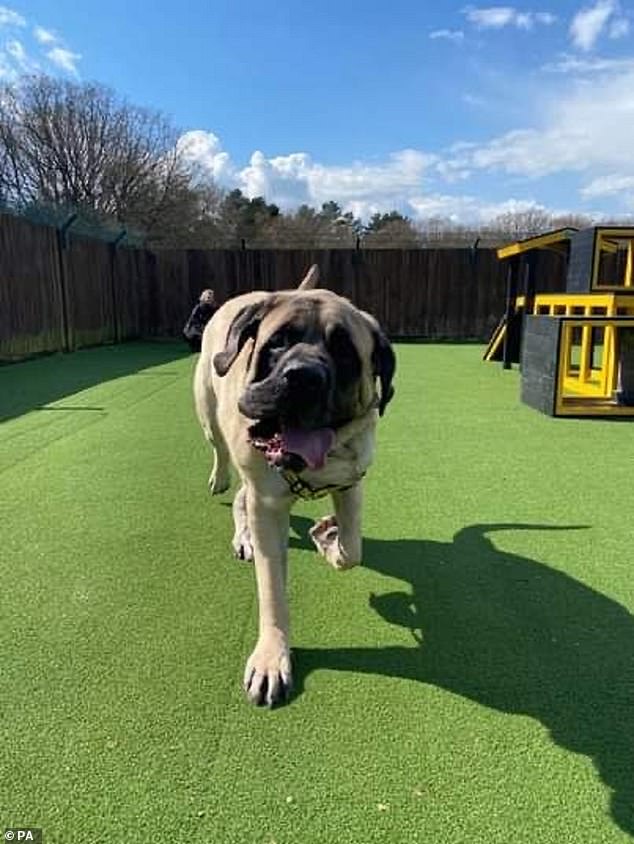 Four-year-old mastiff Galahad, who is from Canterbury, weighs an incredible at 100kg (approximately 15 stone, 7lbs) and is similar in weight to the average newborn elephant

She revealed: ‘Galahad is easily the biggest dog we’ve ever had here at Canterbury, and he’s looking for a big-hearted owner to match.

‘He’s got no idea of his size at all and just loves human company so he needs an owner able to cope with the demands of such a big dog.’

Harriet explained: ‘Galahad has had a lot of upheaval in his life so far, so can be a little unsure when he first goes somewhere, but once he’s comfortable he enjoys exploring his environment, sniffing (and knocking things over) as he goes.

‘His amazing foster carers say he loves nothing more than lounging on a sofa of his own – he sleeps on a two-seater – and plodding around the garden. 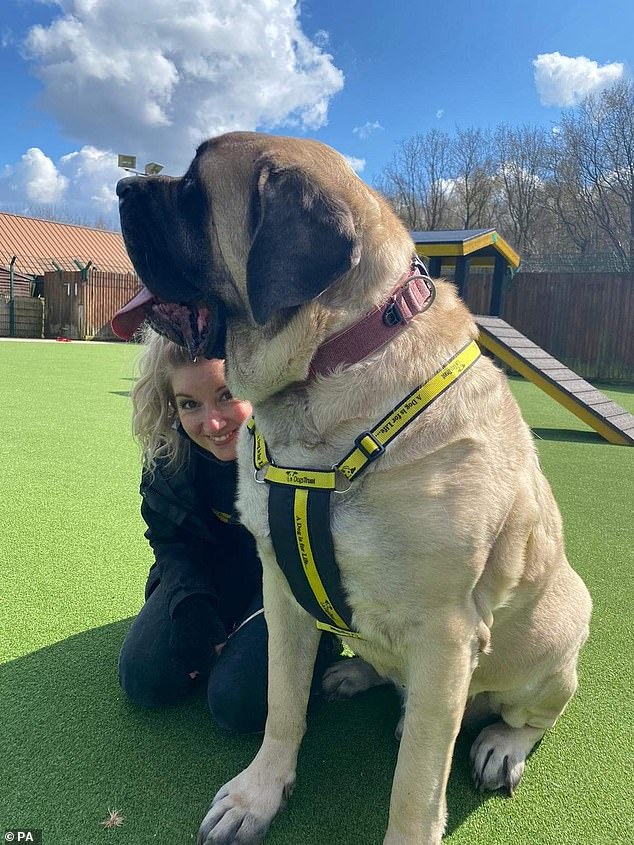 Harriet Blaskett, rehoming centre manager at Dogs Trust Canterbury, said huge pup is the ‘biggest dog’ they’ve ever had to rehome but he has ‘no idea of his size’

‘He has little respect for flower beds or hedges and chooses to walk through them, loves chewing toys, and spraying them with saliva with a flick of his head.’

The breed now known as the English mastiff was brought to this country by Phoenician traders as early as the 6th century BC.

After the Roman invasion, they were used to fight in arenas against other large animals such as lions. 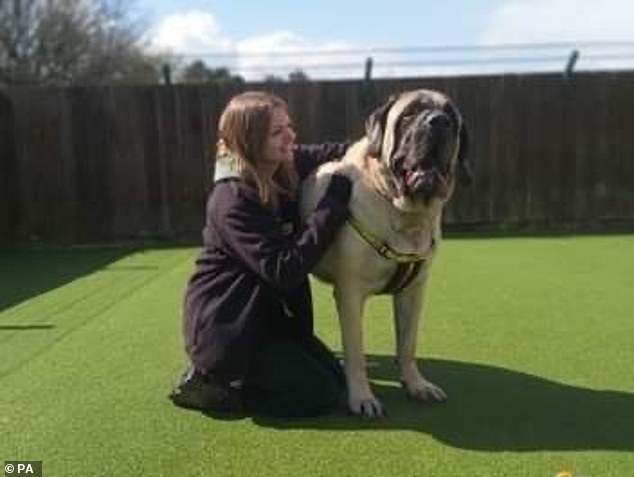 By the end of the Second World War the breed was almost extinct in the UK but was re-established with the help of imports.

Mastiffs are the heaviest dogs in the world and the normal weight for a fully-grown adult is about 14 stone.

Although bred as guard dogs, English mastiffs make very good family pets. They are good with children, rarely bark and tend to defend rather than attack.