ANDREW PIERCE: Tiers and beers! How top Tories flouted the rules as the clock ticked over and brought in new restrictions in London

MPs haven’t been accused. Yet.

But I hear that on the night the Tier Three restrictions were introduced in London last year, the Carlton Club, spiritual home of the Conservative Party, was rammed with members. 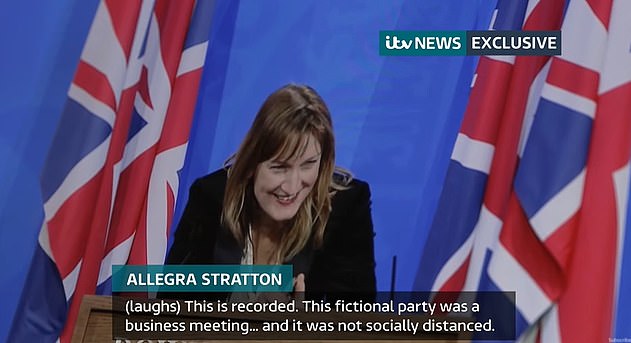 So far, apart from Boris Johnson, it’s been mainly Whitehall civil servants and political advisers mired in partygate. MPs haven’t been accused. Yet 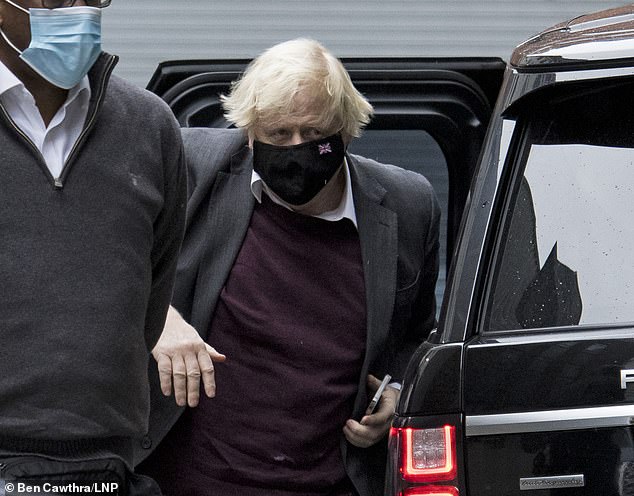 Pictured: Boris Johnson is seen on Saturday arriving at a central London hospital after his wife, Carrie Johnson gave birth to a baby girl earlier this week

The new restrictions, banning socialising and shutting down the hospitality trade, came in at 00.01 on December 16, and yet many of the club’s members who’d been pouring in throughout the night failed to flee, Cinderella-like, as the clock struck midnight.

My spy, who was there, tells me: ‘It was like the last night of the Roman empire.

‘There were MPs, donors, party workers you name it. Some were staggering around with a glass in each hand slopping drink everywhere.

‘They were drinking like they thought they were never going to be able to party again.’

The member estimated that the bar finally closed at 4am — four hours after the new rules came in. ‘If the police had raided they would have had a field day,’ he said.

Lord (Bertie) Denham, who has died aged 94, was a former Conservative chief whip in the Lords and almost certainly the only baron to have thrown a dead herring at an earl. In his memoirs, the former minister Earl Ferrers told how he hid a herring in Lord Denham’s office drawer while the chief whip was away on a long weekend. When Denham returned on the Tuesday, the herring stank to high heaven.

‘Bertie screamed and, rather childishly I thought, put it in my drawer,’ Ferrers recalled. ‘I in turn screamed, and threw it at Bertie. He screamed, the secretary screamed, everybody screamed.’

There followed an exchange of fire with the herring before calm was finally restored.

The awards were held, happily, in Camden, North London, where she just happens to be leader.

She got the top job in 2017, aged only 30, and is tipped for a safe parliamentary seat — even though she is not running a happy ship.

In the past two weeks, six of Gould’s Labour colleagues have been deselected.

A practising Roman Catholic, the comedian Frank Skinner was delighted to receive his first Christmas card last week. It was from the Archbishop of Canterbury Justin Welby.

‘I mean, that’s pretty good going, isn’t it?’ says Skinner. ‘There’s an excommunication in the post probably if my parish priest hears about this, but still . . .’

Light relief at No 10

There was a rare bright moment for Boris last week when he pressed the button to turn on the Downing Street Christmas tree lights.

But even that didn’t go to plan.

Before he could do it, Carolyn Harris — a Labour MP, yes Labour — beat him to it.

A formidable anti-gambling campaigner, the Swansea East MP was on her way into No 10 for a meeting with officials. Scanning the door for a bell (there isn’t one), she eventually spotted a small grey box, saw a button, pressed it, and hey presto on went the lights.

Tory Sir Iain Duncan Smith and the SNP’s Ronnie Cowan also arrived for meetings and dissolved into helpless laughter when they realised she had stolen the PM’s thunder.