Ana de Armas sent fans into a frenzy Sunday night — all because of a necklace.

The “Knives Out” actress, 32, snapped a selfie wearing the half-heart pendant that matches one owned by her ex-boyfriend, Ben Affleck.

The couple stepped out together wearing their necklaces last spring, in the early days of their relationship.

At the time, the throwback accessories proved polarizing.

“Are they BFFs in high school?” one asked, while another wrote, “those half a heart necklaces that Ana and Ben have are the worst thing I’ve had to witness today.” 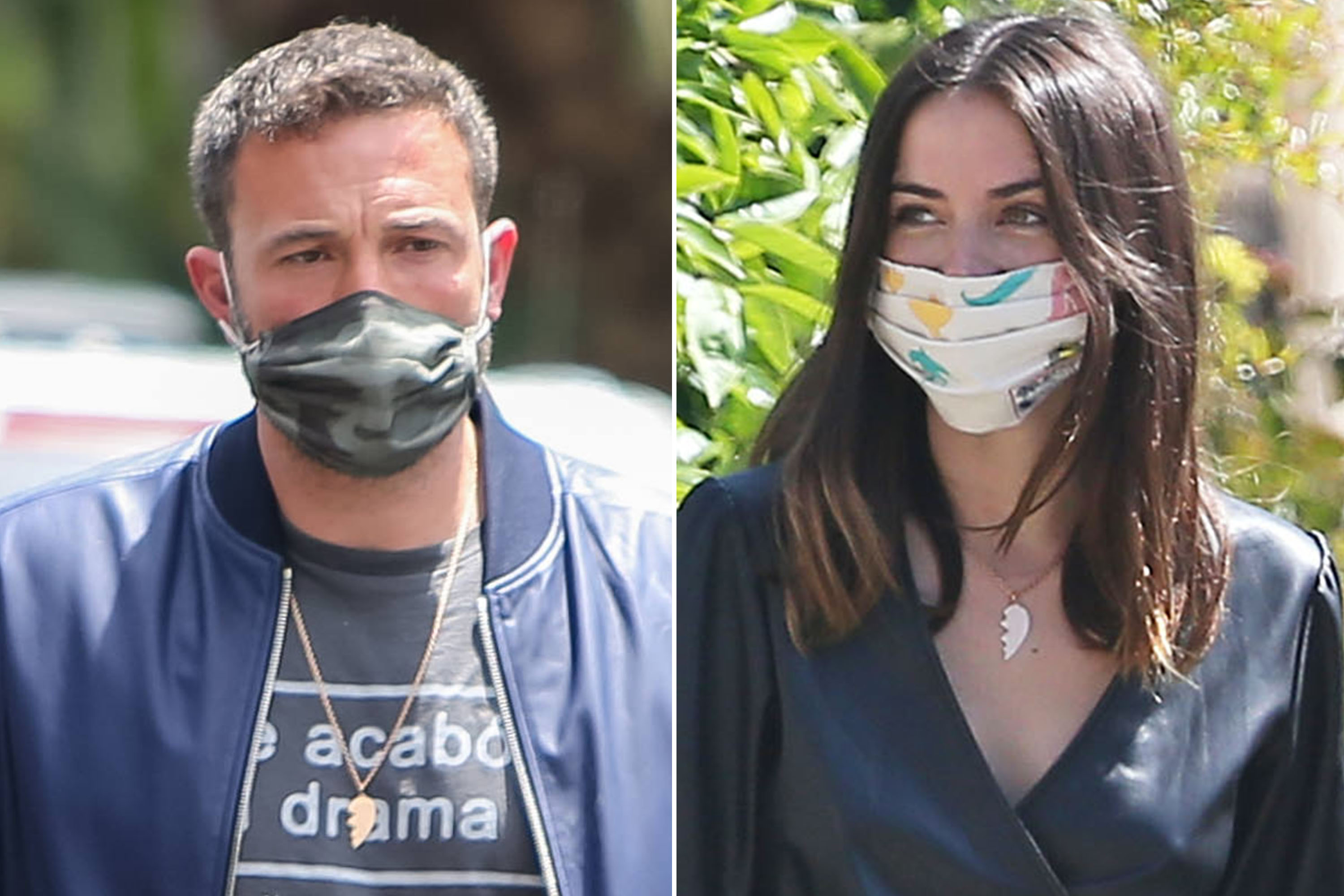 But while her photo swiftly sparked rumors that the two stars might be back together, de Armas seemingly addressed the issue with another Stories post several hours later, sharing a black screen littered with words like “nope,” “no” and “I don’t think so.” 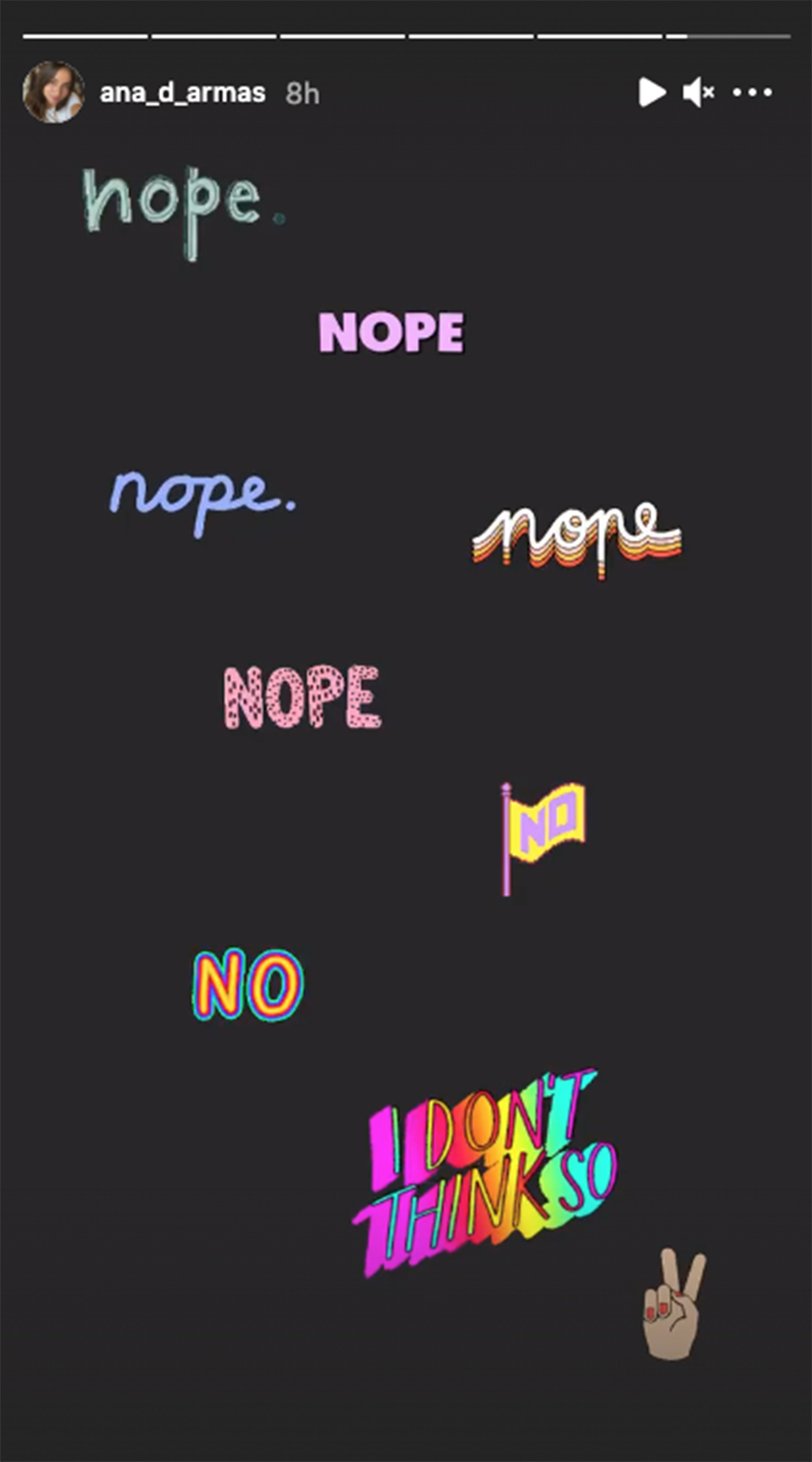 De Armas and Affleck, 48, broke up in January after almost a year together.

Shortly after, a source told Page Six that while “they had a really solid relationship” and “there is a lot of love there,” the pair disagreed over where to live.

“The quarantine was unique because they had downtime and ­really got to know each other spending time at home,” the insider said. “But once work picked up, things started to change.”

“Ana decided she doesn’t want to live in LA and Ben wants to be close to his family,” they added of Affleck’s three children with ex Jennifer Garner. “His priority is to be rooted in LA. They are in different places [in their lives].”

As Page Six also reported, de Armas wanted to have more children, while Affleck did not, and the issue “was a deal-breaker.”