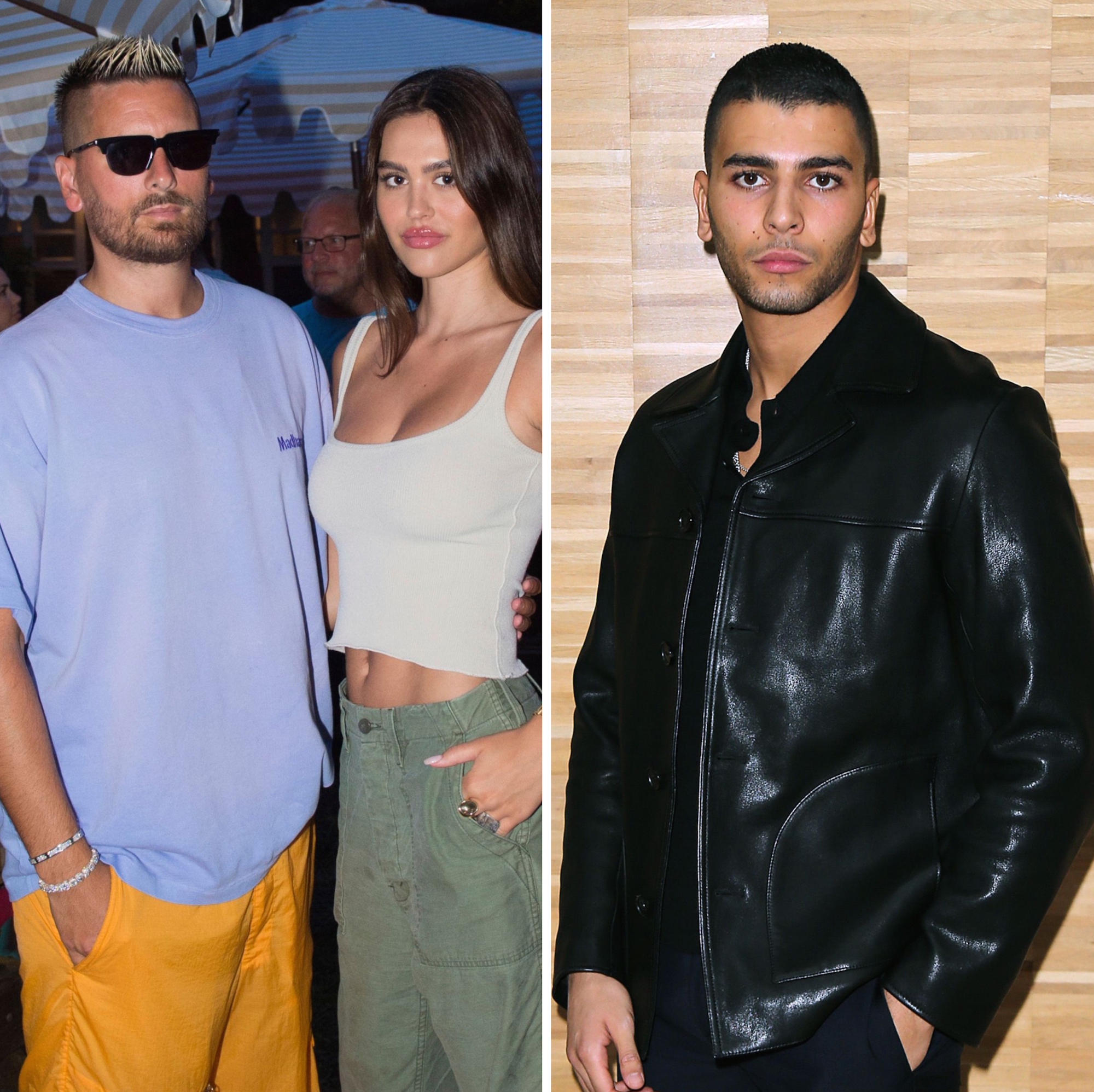 “Amelia is standing by Scott’s side and is just supporting him. She knows what he thinks about Kourtney and Travis, so she more just feels bad that Younes did that to Scott,” a source exclusively tells Us Weekly. “She’s embarrassed for him.”

On Monday, August 30, Bendjima, 28, posted a screenshot of DMs he claimed he received from the 38-year-old Talentless founder.

“Yo is this chick ok!?????” Disick allegedly wrote alongside a photo of the Poosh founder, 42, and the rocker, 45, kissing during their Italy vacation. “Brooo like what is this. In the middle of Italy.”

Bendjima replied, “Don’t matter to me as long as she’s happy. PS: i aint your bro.”

Every Time Scott and Younes Have Shaded Each Other Over Kourtney

Although Disick, who shares three children with Kardashian, hasn’t publicly responded to the messages, the Blink-182 drummer seemingly reacted by posting a screenshot from Ray Liotta laughing in Goodfellas via his Instagram Story.

Hamlin, 20, seemingly replied as well, sharing an Instagram photo of herself the following day with the caption, “Now back 2 work.” Bendjima had written “Back to work now 10km,” after calling out Disick.

The model, who was first linked to the reality star in October 2020, “doesn’t like seeing the Kardashians be mean to Scott or anyone bullying him,” the source shared with Us. On Tuesday, August 31, she also shared a quote that read, “Let’s be nicer to each other. We’re all trying our best.”

Scott Disick’s Feelings About Kourtney and Travis: Everything We Know

Kardashian, who dated Disick from 2006 to 2015 and Bendjima on and off for three years until 2019, also shared a telling quote via Twitter following the drama, writing, “John 15:7 If you remain in me and my words remain in you, you may ask anything you wish, and it will be done for you.”

The Flip It Like Disick alum previously said he approved of his ex’s romance with Barker, but that has seemingly shifted.

“What’s really got him riled up is the effect Travis and Kourtney’s relationship is having on his relationship with Kourtney,” the insider recently told Us. “It’s more strained than ever.”