Deputy chief executive of Services Australia Michelle Lees told a Senate estimates committee on Thursday that 402,000 people have either received a refund or had their debt reduced to zero. 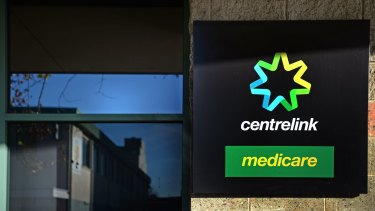 In May, Minister for Government Services Stuart Robert announced the government would repay $721 million to Australians who received debt notices for alleged overpayments of their welfare based on flawed calculations.

The remaining 6 per cent, or 38,000 people, includes a group of customers who were yet to make contact with the agency, she said.

That group also included people who may have died, people in prison, or other cases which required extra work from the department.

Ms Lees said the department has tried reaching them through letters, MyGov, and text messages in "three or four rounds".

When asked by Greens Senator Rachel Siewert how many of the debts had been returned to deceased estates, Ms Lees could not immediately say.

"We're in the middle of working with the either the executor of estates, or administrators of the for deceased persons, and so we are still working through that process," she said.

About 3300 people who have died were eligible for a refund, she said.

Ms Lees said the agency would give those 38,000 people who had not been in contact another nudge before Christmas.

"We've had our agency spokesperson doing radio interviews, and really using our social media platform as well to try to connect with the former customers to prompt them to action" she said.

Under the robo-debt program, debts were sent out to Australians when a discrepancy was found between what people were claiming in welfare and earnings and their tax data. But tax data is averaged, and the computer program assumed discrepancies between fluctuating weekly income and the tax data was a debt.

The onus was on people who received debt notices to prove their income reporting was correct.

In a landmark robo-debt test lawsuit in November last year, the government agreed in a Federal Court it had acted unlawfully in raising a debt against a woman, adding a penalty fee and taking her tax return.

Labor proposed a royal commission into the robo-debt scheme in June. Opposition Leader Anthony Albanese said he would start an inquiry if Labor won the next election, so that a "disaster like this never happens to the Australian people again".