The first two years of the pandemic have provided the nation’s demographers, economists and policymakers with a remarkable form of control for their forecasts and modelling about Australia’s future.

The 2022 Population Statement, released last week by the federal government’s Centre for Population, outlined just what does happen when you seal the borders, halt migration, mothball several industries and basically put the nation on pause. 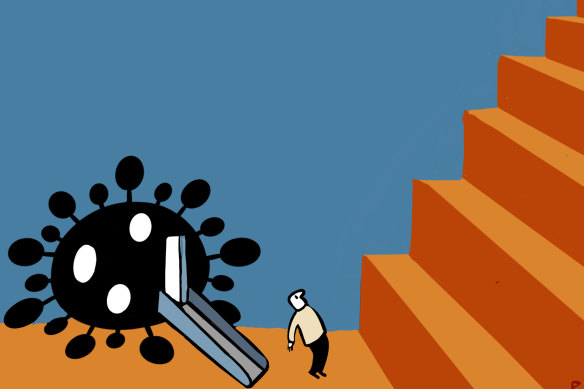 The big pandemic shutdown has proved to be the great delay. Out the other side, people everywhere are returning to the schemes and dreams they put aside when COVID-19 was wrecking havoc with plans anyone dared to make.

Now Australia is at a point where it faces countless sliding door moments. It’s clear, reading the population statement, that the decisions everyone makes as we emerge from the pandemic will determine the shape of the nation.

It’s up to the government to provide the handrails we need to make these choices: to tackle the cost of living challenges, to improve prospects for the jobs we need, and to make childcare more accessible.

COVID’s imprint can be seen clearly across all the demographic charts in the population report, like an erratic heart beat in an electrocardiograph: the migration valley, the death bump, the fertility bounce.

Mostly, the trends triggered by Australia’s response to the virus at federal and state level will be overtaken by the longer-term demographic patterns. The surge in mortality last year is already slowing, the post-lockdown baby boom is not expected to last.

The loss of potential migrants who never arrived will be keenly felt for some time. Two years of border closures will shrink the nation’s numbers by 473,000 come 2025-26, and while the gates have reopened, it takes a long time to catch up.

An ageing nation is a grim prospect: we need enough people working and paying taxes to support the needs of the Baby Boomers, Generation X and even the Millennials in their final decades.

Migration will get back on track, but as Treasurer Jim Chalmers noted in one of his dozens of interviews last week, “lifting the migration cap alone won’t fix the challenges we face in the long term”. 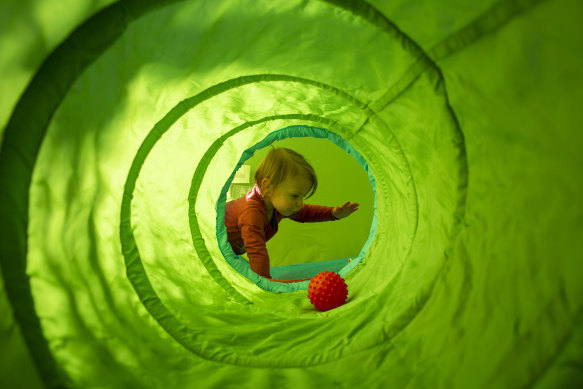 So then we are back to the questions young families are asking about their futures.

Take a look at those who turned 30 this financial year. It’s roughly the average age that Australians get married for the first time; it’s also the age at which 51 per cent of women have their first child. But fewer of these families now have a mortgage; the soaring cost of a first home has pushed the median age for first home buyers to somewhere in the mid-30s, depending on which survey you look at. But as interest rates escalate and house prices slide, maybe they’ve started saving – if their landlord hasn’t hiked the rent to meet their payments.

As our population ages, these couples will be the median age of 40 in a decade. The choices these thirtysomethings make ripple well into Australia’s future.

When their pay lands, will they save it or decide the home ownership dream is futile and dine out instead? That spending would in turn be picked up by the Reserve Bank when it next meets in February to decide if interest rates have slowed spending sprees enough to rein in inflation.

If they change jobs or address, they do their bit to adjust the nation’s productivity rate or shift the centre of population gravity.

Perhaps most importantly, this average young couple will decide how big their family will be. There isn’t a wrong or right answer for what is one of the most consequential decisions anyone can make. But with Australia’s fertility rate sluggish at 1.66 babies per woman, well below the replacement rate of 2.1, and declining into the future, it’s a choice that affects us all.

Much is made of the fertility bump generated by the $3000 baby bonus that then-treasurer Peter Costello introduced in the 2004 budget, which has been credited with dialling up the fertility rate from 1.7 to 1.78 within a year, leading to a 32-year high of 2.02 babies per woman by 2008.

Across the same time span, partnered mothers with children under two years of age started returning to the workforce in record numbers. By 2008, more than half of them were working – 52 per cent – up from just 40.3 per cent in 2001, according to a 2011 study from the Melbourne Institute of Applied Economic and Social Research. (Last year, both parents worked in 64 per cent of couples with children under four.)

As demographic shifts go, this jump of more than 10 per cent in seven years was practically revolutionary.

The Albanese government’s own cheaper childcare laws will come into force this July, lifting subsidies by 90 per cent for families on less than $80,000, with graduated discounts for higher-earning families.

It’s not a magic bullet. The government must ensure subsidies aren’t swallowed in higher fees and an acute staff shortage has to be tackled. The ACCC won’t report back on the best ways to keep childcare affordable until December.

But in the meantime, hundreds of thousands of families are talking about their next moves. They’ve got one eye on the childcare fees, another on the housing market. Significant relief in either direction could be bigger than any baby bonus.

The Opinion newsletter is a weekly wrap of views that will challenge, champion and inform your own. Sign up here.