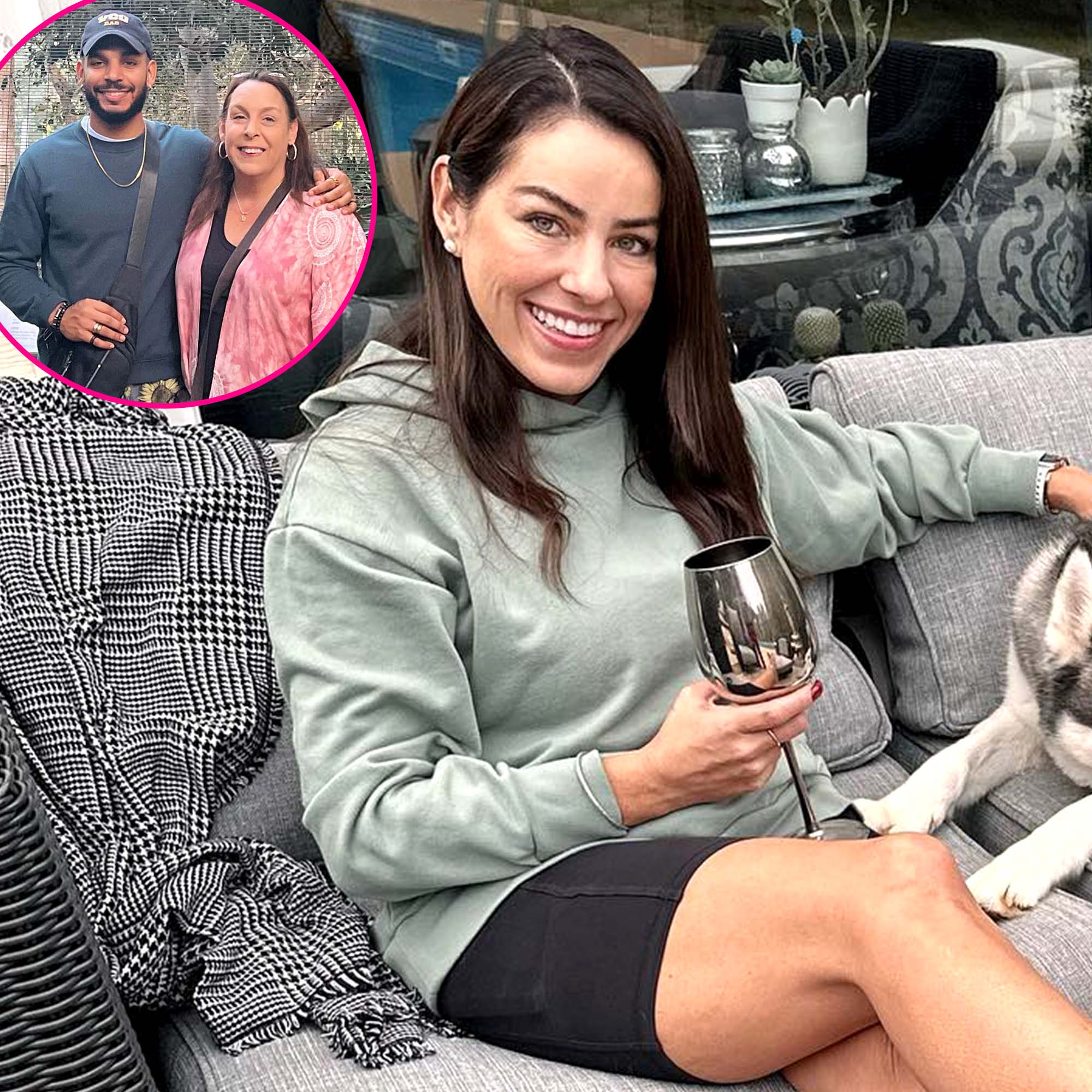 “[I’m dating] somebody that I met kind of casually and I didn’t expect it to go anywhere but we just really, really hit it off,” Veronica, 37, said of Jamal, 27, during part 3 of the 90 Day Fiancé: The Single Life season 3 tell-all on Monday, December 12.

The reality TV star explained how the pair first connected. “I actually saw him on the tell-all of Kim’s season. … I was going to San Diego ’cause I know he used to live there, so, I was like, ‘Anything I should see or things like that?’ And he was like, ‘I will be in San Diego … and I will and take you to dinner if you’d like,’” she said.

After the duo revealed that they are in an open relationship, Veronica’s ex-fiancé, Tim Malcolm, shared his thoughts on the dynamic.

“She doesn’t feel comfortable saying yet, ‘Hey, you’ve got to get rid of the other girls.’ I actually can’t believe that you’re lowering yourself to that, that you don’t [think you] deserve someone who’s going to put you on a pedestal … It’s sad to me,” he said during the episode.

‘90 Day Fiance: The Other Way’: Which Couples Are Still Together?

In 2019, Veronica made her franchise debut on 90 Day Fiancé: Before the 90 Days as part of Tim’s storyline. She then returned for season 3 of The Single Life in September, revealing in the season premiere that she and Tim, 42, had split due to him “being consumed by his business.”

Later in the season, the Florida International University student sparked a romance with Justin Foster. However, after learning that Justin, 36, was considering a move back to Florida to be closer to his ex and their two kids, Veronica and her costar called it quits. Her romance with Jamal — who is currently appearing on season 7 of 90 Day Fiancé: Happily Ever After? in his mother’s storyline — started offscreen.

Couples Who Survived the Reality TV Curse (So Far)

Prior to her and Jamal’s relationship reveal, Veronica hinted that she was dating someone new during part 1 of The Single Life tell-all last month. Despite Tim’s belief that she is not happy with an open relationship, the TLC personality quipped that she is simply too “lazy” to pursue other men at the moment but is satisfied with her current arrangement.

Jamal, for his part, said he could “potentially” see the relationship progressing to something more serious. “I mean, I don’t get into anything with the notion of it not going anywhere. … We’re having a good time, we’re having fun,” he said.