Staying honest! Oscar winner Yuh-Jung Youn had a perfect response when asked what Brad Pitt, who presented her with her Oscar, smelled like during the 2021 Academy Awards on Sunday, April 25.

See What the Stars Wore to the Oscars Red Carpet

“I didn’t smell him. I’m not a dog,” Youn, 73, replied to reporters after making history as the first Korean actor to ever win an Academy Award for her role in Minari. The actress won the Screen Actors Guild award last month for the role as well.

The best actress in a supporting role winner shared that she “couldn’t believe” it when Pitt, 57, called her name. 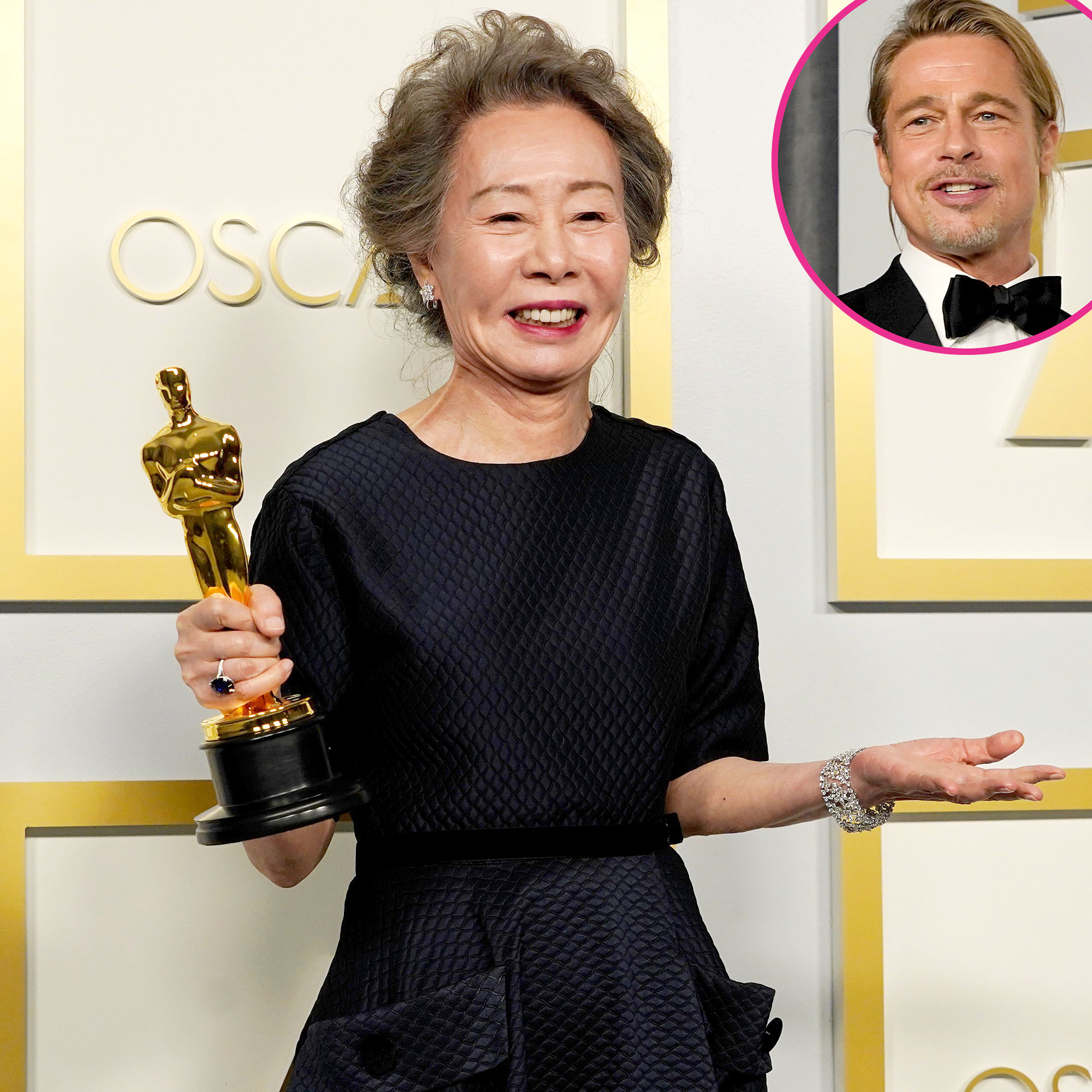 “Maybe I just blacked out a couple seconds,” the Dear My Friends star said. “What should I say, ‘Where am I?’ or something like that? But I kept asking my friend, ‘Am I saying it right? Do they understand what I’m trying to say?’”

Prior to her groundbreaking win, Youn shared that her nomination was “very exciting and very strange.”

“Everyone all over the world knows about the Oscars,” the Woman of Fire star said during the E! pre-show. “It’s a very famous awards ceremony. As a Korean, as an Asian woman — I think in Korea I’m the first nominee for the Oscars so it’s a very historic moment for us. It’s very exciting and very strange to me, actually.”

Youn also managed to steal the show with her relatable reaction when meeting the Ocean’s Eleven actor.

“Mr. Brad Pitt … finally. Where were you while we were filming in Tulsa?” she told the Oklahoma native during her acceptance speech. “Me being here. I cannot believe. OK, let me pull myself together.”

Following the ceremony, the Canola actress praised Pitt for pronouncing her name right when announcing her win. “I can tell he practiced a lot — he didn’t mispronounce my name.”

Pitt presented the award after winning for best actor in a supporting role in 2020 for Once Upon a Time in Hollywood, alongside Leonardo DiCaprio. The Ad Astra alum gave a hilarious shout-out to his costar while presenting during the 2021 awards show.

“My love of movies began at the local drive-in, watching Clint Eastwood and Godzilla. My nominees for best actor also fell in love with movies at a young age,” he began on Sunday night. “Yuh-Jung Youn fell in love with the movies through the work of actresses like Maggie Smith and directors Robert Altman and Mike Leigh. For Amanda Seyfried, it was the film version of Romeo and Juliet — the Leo version. Me too.”