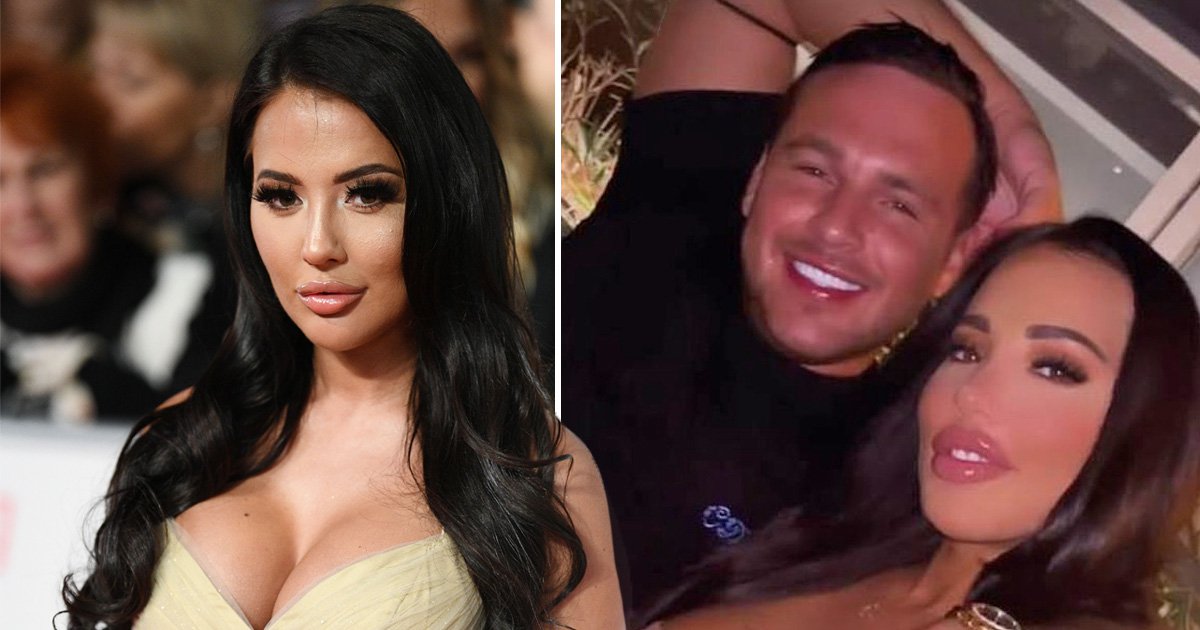 Towie star Yazmin Oukhellou has opened up about the moments after the fatal car crash that killed her ex-boyfriend Jake McLean.

McLean died at the age of 33 in July when he lost control of a car he was driving in Bodrum, Turkey.

Oukhellou, who was in the passenger seat, survived the accident after breaking her trapped arm free and flagging down help.

After spending weeks in hospital recovering from her serious injuries, Yazmin was recently diagnosed with post-traumatic stress disorder while trying to come to terms with her grief.

Still consumed with the memories of the horrific accident, the TV star has recalled the moment she tried to bring Jake round to consciousness despite knowing deep down that he hadn’t survived.

‘I tried to wake Jake up, but he wasn’t waking,’ she said in a new interview.

‘I tried to beep the horn with my foot, but I couldn’t reach it. We were in the middle of nowhere and so screaming for help wasn’t any good.’

Speaking to The Sun, she added: ‘I knew I had to get out of the car and somehow I found the strength to free my arm by lifting it with my left hand, moving my right arm up and dropping it back down for what felt like forever until I snapped it free.’

However, Yazmin revealed the paramedics told her that he was alive and being taken to another hospital, which she believes was to avoid causing her further distress.

According to the publication, Yazmin and McLean were not officially in a relationship at the time of the accident but were hoping the trip to Turkey would help them rekindle their romance.

McLean was laid to rest at a funeral service in Essex which was attended by his ex-girlfriend and former Towie star Lauren Goodger.

It’s not clear if Yazmin was in attendance but she paid tribute to her late partner in an Instagram post, writing: ‘I am so grateful for our memories and the special time that Jake and I shared. I’ve not stopped thinking about him and I’ll miss him always. He will forever hold a special place in my heart.’