I LOVE YOU, NOW DIE: THE COMMONWEALTH VS. MICHELLE CARTER (2019) 8 p.m. on HBO; stream on HBO platforms. This two-part documentary examines a story so unusual it could have been plucked from a “Black Mirror” episode. In 2017, teenager Michelle Carter was convicted of involuntary manslaughter for using text messages to encourage her boyfriend, Conrad Roy, to kill himself. The director Erin Lee Carr, the daughter of the late New York Times columnist David Carr, asks: Were Carter’s actions criminal? The first half of the film deals with the prosecution’s case; the second half focuses on the defense and presents Carter as a troubled young woman who truly believed she could help Roy.

LOVE ISLAND 8 p.m. on CBS. The original version of this reality show debuted in Britain in 2015. It has since amassed a huge following, but has also garnered sharp criticism of its promotion of hookup culture and, in some cases, what has been seen as normalization of gaslighting and emotional abuse. Now, for better or worse, a new version of the series has washed up on American shores. It follows the same premise: Eleven attractive, single 20-somethings are marooned in a glamorous villa in Fiji and forced to couple up. Nearly every second is saucy, especially when producers present the “islanders” with challenges. (Some have tested their pole-dancing and kissing skills.) Viewers can vote off their least favorite contestants, and the last couple standing wins a cash prize. If this spinoff isn’t to your liking, the first four seasons of the British series are available to stream on Hulu. 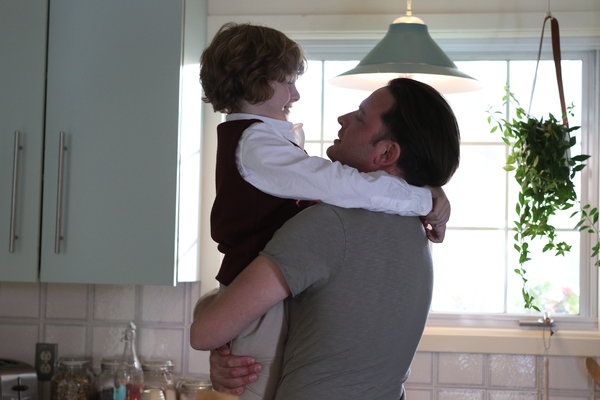 THE DISAPPEARANCE 10 p.m. on WGN. When Anthony (Michael Riendeau) takes surreptitious photos of residents for a school project, he causes a stir and upsets the whole neighborhood. Then he goes missing during a treasure hunt on his 10th birthday. That sets the scene for this new, six-part limited series. The boy’s fate brings his separated parents (Aden Young and Camille Sullivan) closer, and, as his family investigates his whereabouts, they uncover clues that his disappearance may have ties to his grandfather’s past as a no-nonsense prosecutor.

AZIZ ANSARI: RIGHT NOW (2019) Stream on Netflix. Aziz Ansari practically disappeared from the public eye after a woman anonymously accused him of sexual misconduct in a controversial essay published last year. Although the article was criticized for its reporting methods, the comedian responded to the accuser in a statement at the time, saying he “took her words to heart.” He also addressed the allegation head-on during a “pop-up show” in February: “It made me think about a lot, and I hope I’ve become a better person.” It’s unclear whether Ansari returns to the issue in this new stand-up special, directed by Spike Jonze. But viewers can count on the set including his takes on family, the social climate and “wokeness.”