KINKY BOOTS Stream on BroadwayHD. Lola, the cabaret drag artist at the center of this smash musical, has only been absent from Broadway for a few months. (The Broadway run of the show ended in April.) But those already feeling separation anxiety can take comfort in the presence of this filmed version, captured last year at the Adelphi Theater in London’s West End. While many have strutted with the boots since the show debuted in Chicago in 2012, this version stars Matt Henry as Lola, a role for which he won an Olivier Award. Killian Donnelly stars opposite him, as the struggling shoe factory owner Charlie. Both performers were part of the original London cast. The show is “a shameless emotional button pusher, presided over — be warned — by that most weary of latter-day Broadway archetypes, a strong and sassy drag queen who dispenses life lessons like an automated fortune cookie,” Ben Brantley wrote in his review of the Broadway production for The New York Times in 2013. “Yet, for a good while, ‘Kinky Boots’ manages to ride over the skeptical grumbling of your conscious mind.” 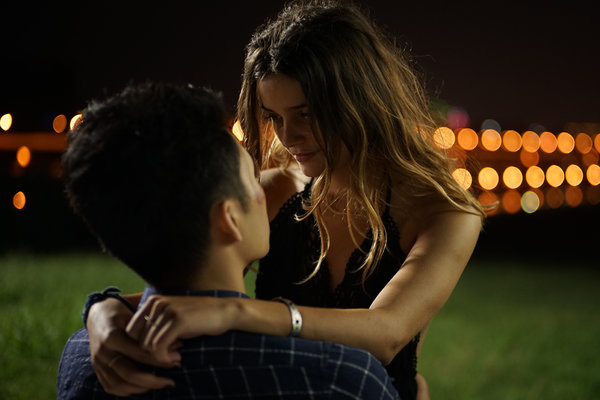 CITIES OF LAST THINGS (2019) Stream on Netflix. This noir from the Malaysian-born, Taiwan-based director Wi Ding Ho begins in the future, at the finale of its story, and ends in the past. And so it begins the way many stories end: with a death. The three episodes that follow that death, told in reverse chronological order, shed light on the life of a cop, Dong-ling, who is played by three actors: Jack Kao (“Millennium Mambo”), Lee Hong-chi and Xie Zhang-ying. “As the full picture comes into focus, the narrative can tend toward the trite,” Ben Kenigsberg wrote in his review for The Times. “The chief pleasure of the movie is the 35-millimeter cinematography of Jean Louis Vialard, who shoots mainly at night, taking wonderful advantage of the ways the light plays across city streets.”

COMICSTAAN Stream on Amazon. Stand-up comedy specials and reality competition shows generally have limited overlap — unless you’re talking about this Indian series. Now in its second season, the show gathers a group of fresh comedy talent and has them compete to out-funny each other.

SPECTRE (2015) 4:50 p.m. on FXM. Daniel Craig is pitted against a supervillain played by Christoph Waltz in this most recent James Bond movie, which might be best remembered for its opening sequence shot largely in a singly arty take — a flourish from the director Sam Mendes. This was Mendes and Craig’s second Bond collaboration, and “they’re a reasonable fit,” Manohla Dargis wrote in her review for The Times. “Although their joint seriousness has started to feel more reflexive than honest, especially because every Bond movie inevitably shakes off ambition to get down to the blockbuster business of hurling everything — bodies, bullets, fireballs, debris, money — at the screen.” Dargis also wrote that she was still pining for Sean Connery’s take on Bond. For a shot of that, see NEVER SAY NEVER AGAIN at 9 p.m. on Starz Encore.