What the Tech? is a new HYPEBEAST series that puts familiar products under the microscope. We’ll examine them in detail, lifting the lid on how they work, what makes them special, and what the future holds for them. Rather than looking at the technology you’d find around your home, What the Tech? spotlights materials and product advancements in the fashion, footwear, design, and art worlds, speaking with the brands themselves to get an unfiltered insight.

It’s safe to assume that almost all of us have owned an adidas Originals Torsion product at least once in our sneaker-wearing lifetime. From the legendary ZX series, which has become a collectible in its own right (with or without Torsion — there’s more on that to come), to numerous pairs from adidas Running’s division, Torsion can be found throughout the Three Stripes’ roster and to this day the technology is as tried-and-tested as running itself.

Torsion was invented for athletes, specifically and strategically placed into performance shoes under the ZX moniker. Today, many of us know Torsion as part of the ZX 4D line, or we correlate the tech with ZX retro re-releases that have dropped as a result of the “A-ZX” series. However, Torsion is much more than just one part of a ZX shoe — in fact, it’s a manipulatable, controllable component that can be found in athlete and consumer shoes, manufactured and tweaked to suit a shoe’s purpose down to “a very granular detail,” as noted by Stephan Schneider, Product Director for Running at adidas.

For this installment of What the Tech?, HYPEBEAST speaks with Schneider about all things Torsion. Read on to find out about the history of the technology, what it actually is, and how the 30-year-old tech mainstay is going to continually develop. 1 of 3 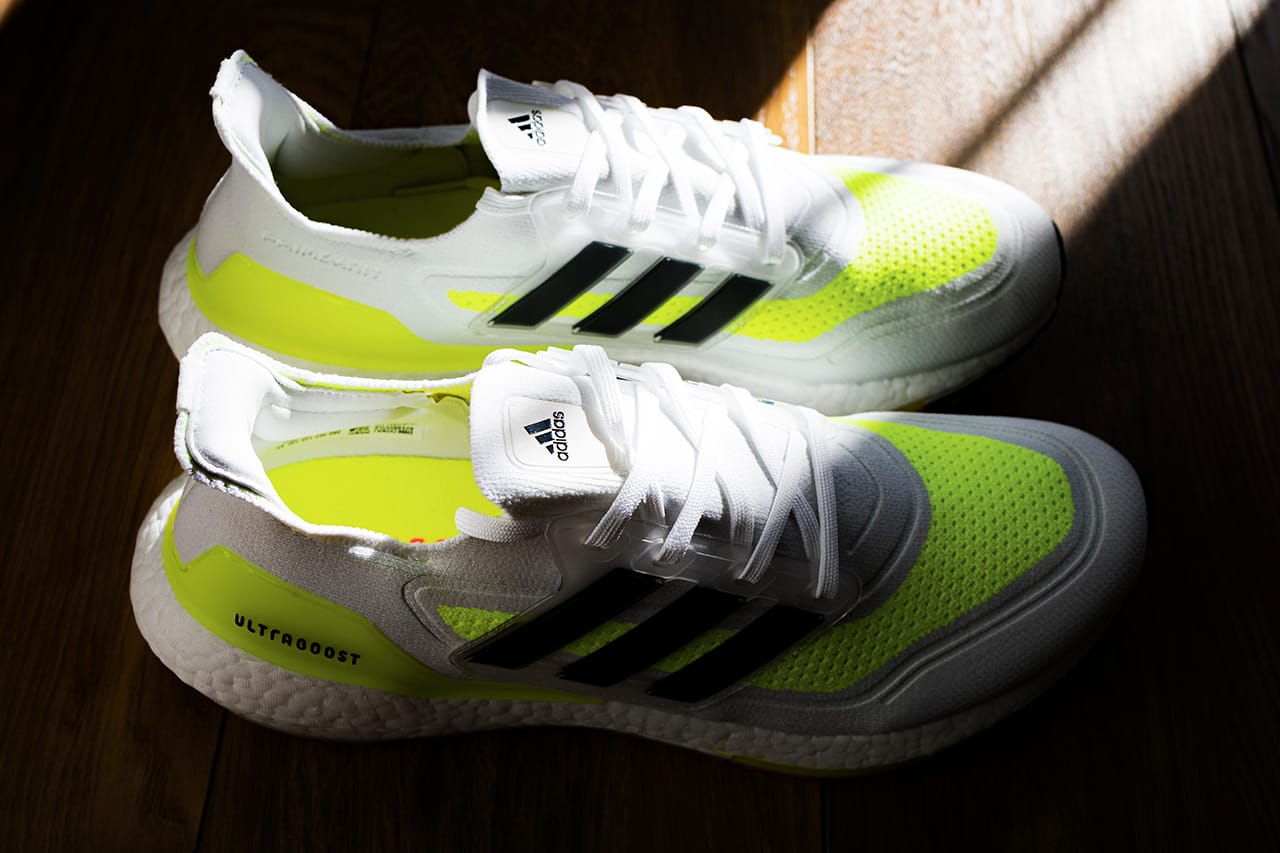 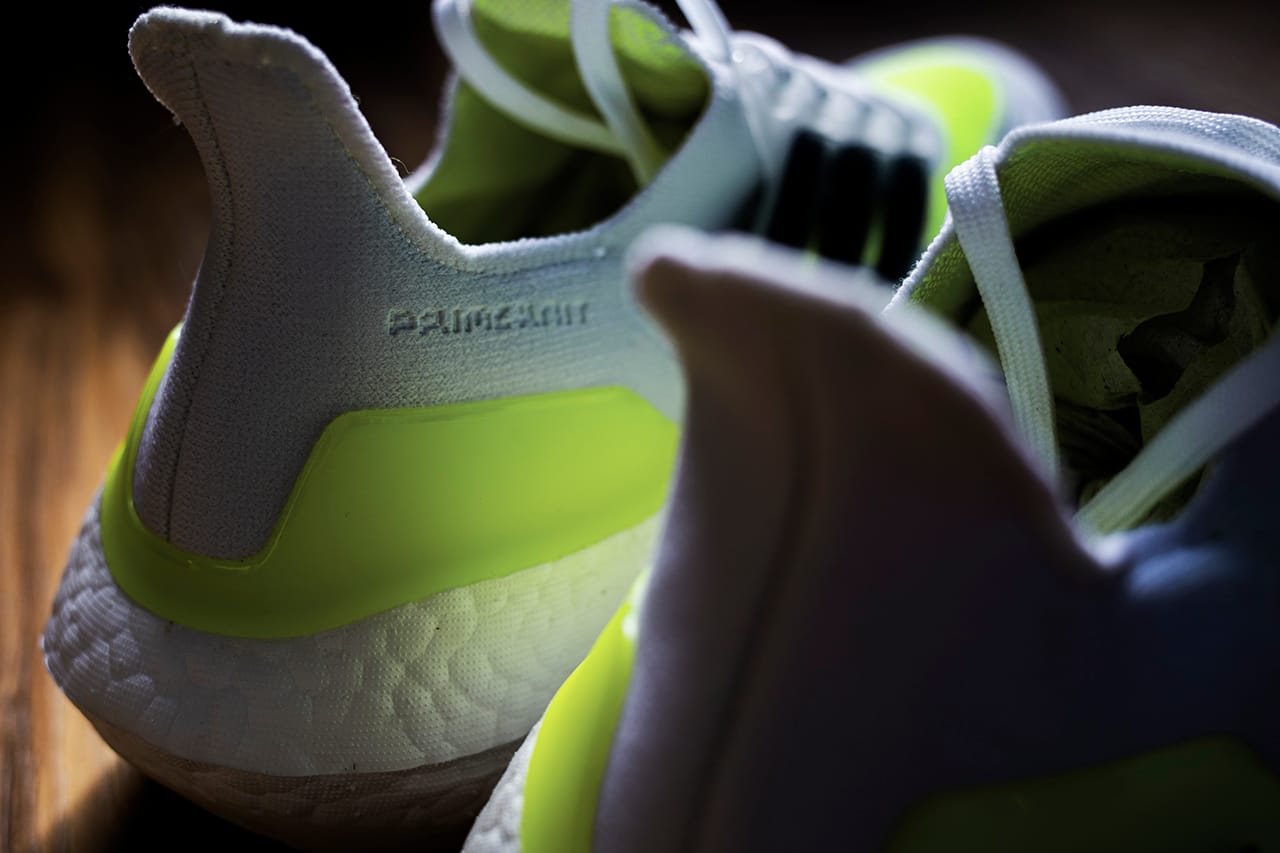 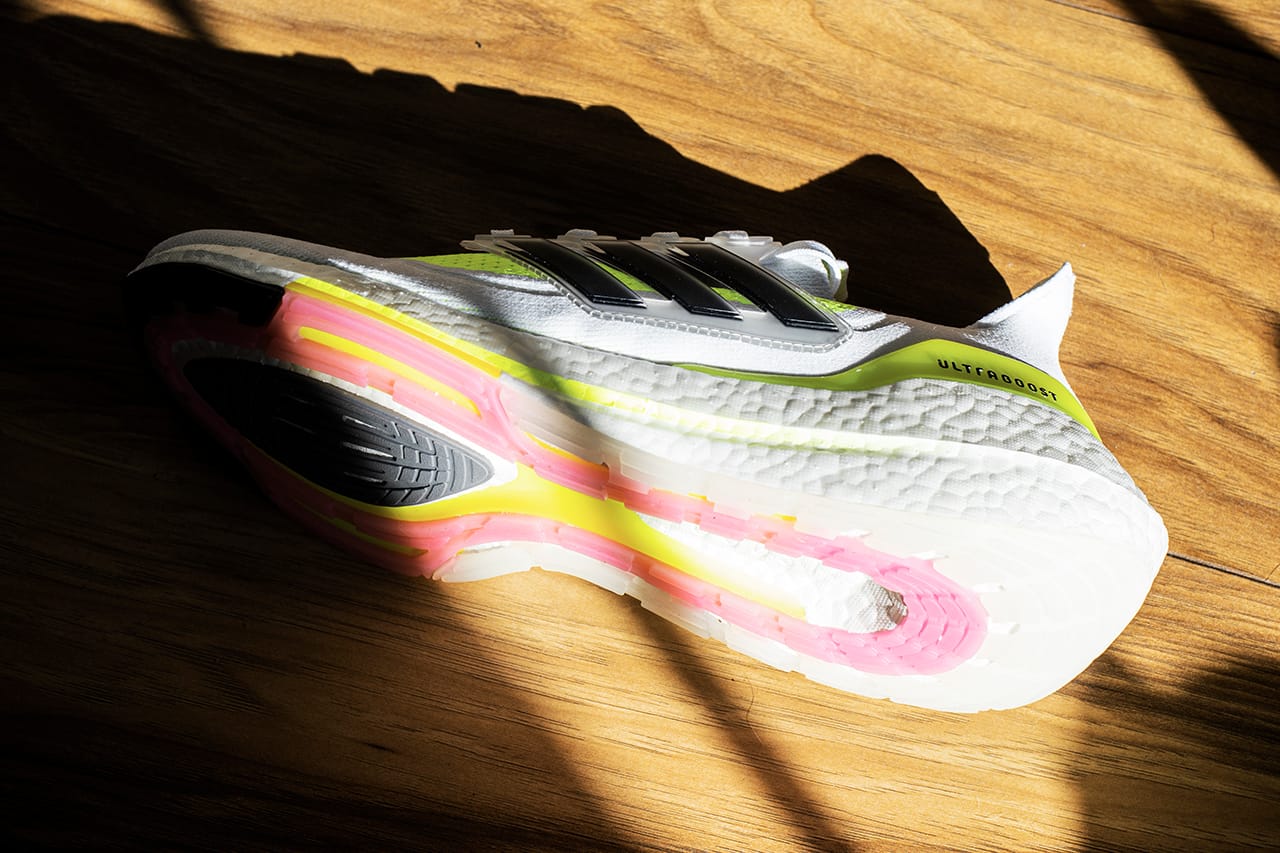 The What, Why and How

Stephan Schneider: It’s relatively simple. It’s a TPU arch that supplies support to your forefoot and rear foot. You also need to understand foot anatomy and function to really understand Torsion, too.

Your foot is essentially built in three areas: your heel, your midfoot and your forefoot. With every gait cycle, you transition very quickly through those three areas. The Torsion bar is built like a bridge, and with every step your foot rotates independently — which is called Torsion. Through your gait cycle (imagine you’re running a marathon) you’d do that very often, so you build a lot of strain and tension on your footbridge, so the Torsion bar helps and supports your transition from your heel to your forefoot, and it still allows you to have a natural foot torsion through your gait cycle, and it also adapts to the different surfaces you’re running on. Essentially, it’s an extension of your foot, helping you with a greater level of support for your feet.

So why doesn’t every pair of adidas Running shoes have Torsion, and why does Torsion sometimes appear where you wouldn’t expect it?

No, they don’t. But that’s the beauty of a Torsion bar, it’s so customizable for a lot of different sports and athlete needs. In basketball you need more stability so we optimize the Torsion bar in a certain way, or taking the Torsion idea into elite racing, we extend the forks — two arms essentially — into the forefoot more to get a springy feeling and propulsion from your running shoe. We’ve always found ways to customize the Torsion bar to the specific needs of the athlete.

When you say “customize it”, how?

The Torsion bar itself is perceived, maybe, as an element in the midfoot. But through the geometry and engineering and the material choices we’re making, we’re really able to customize the feeling and the benefit that the Torsion bar gives the athlete or the consumer to a very granular detail, which gives a great underfoot experience. 1 of 3 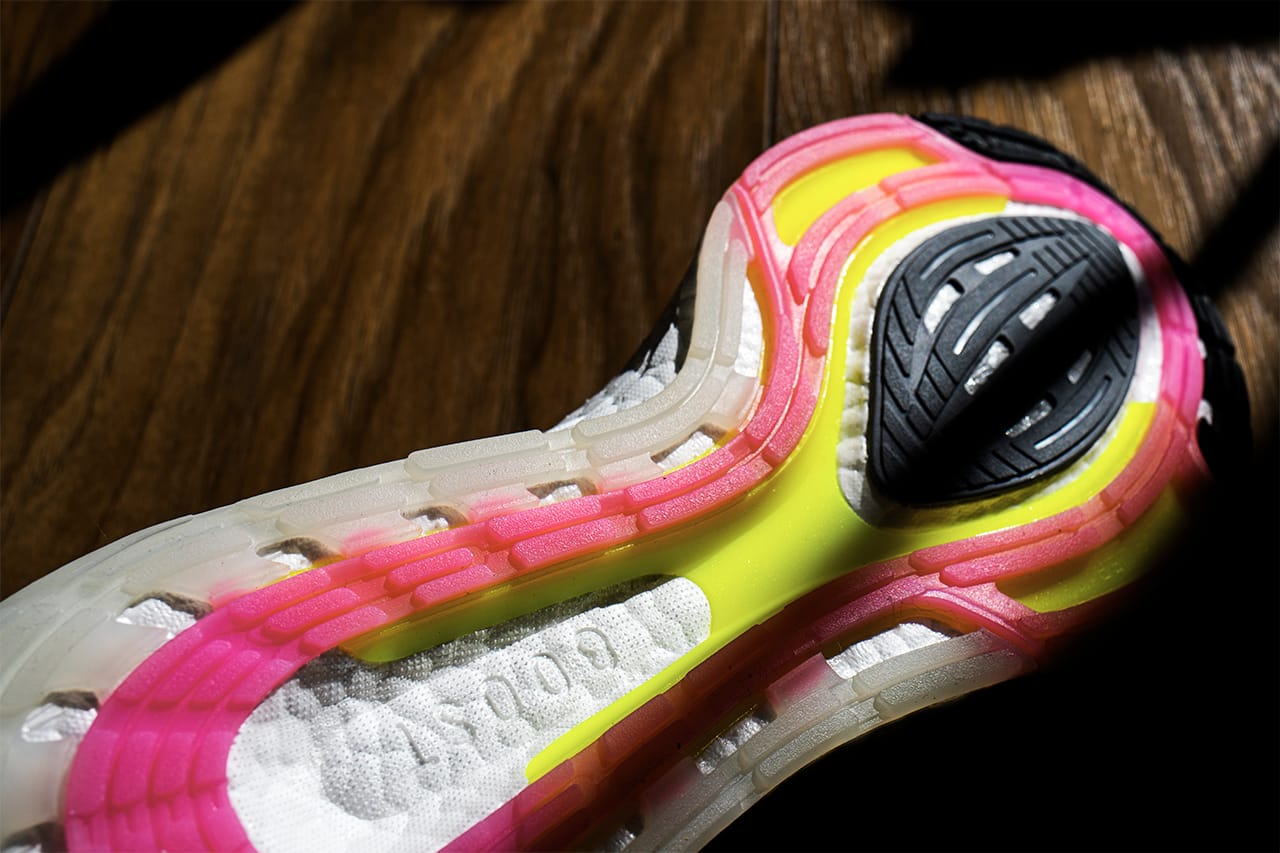 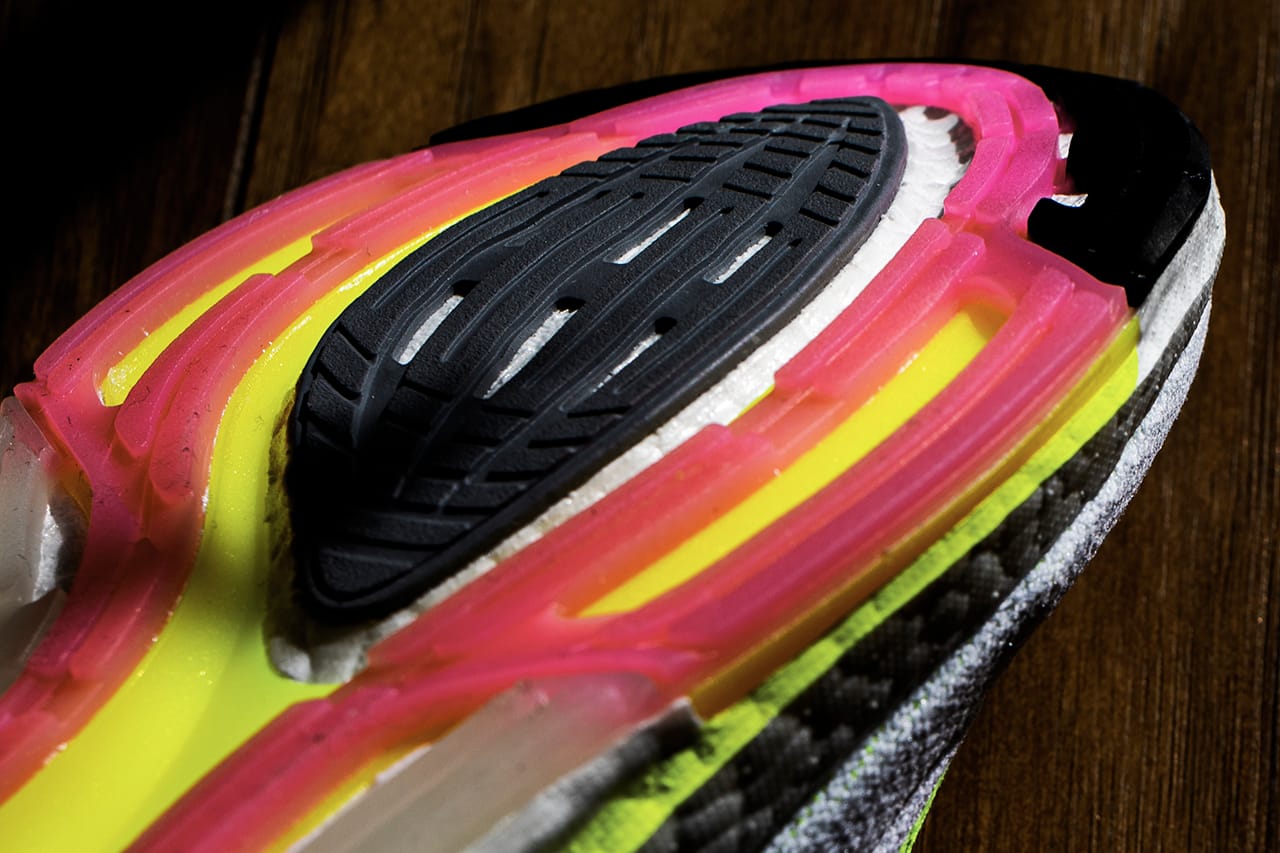 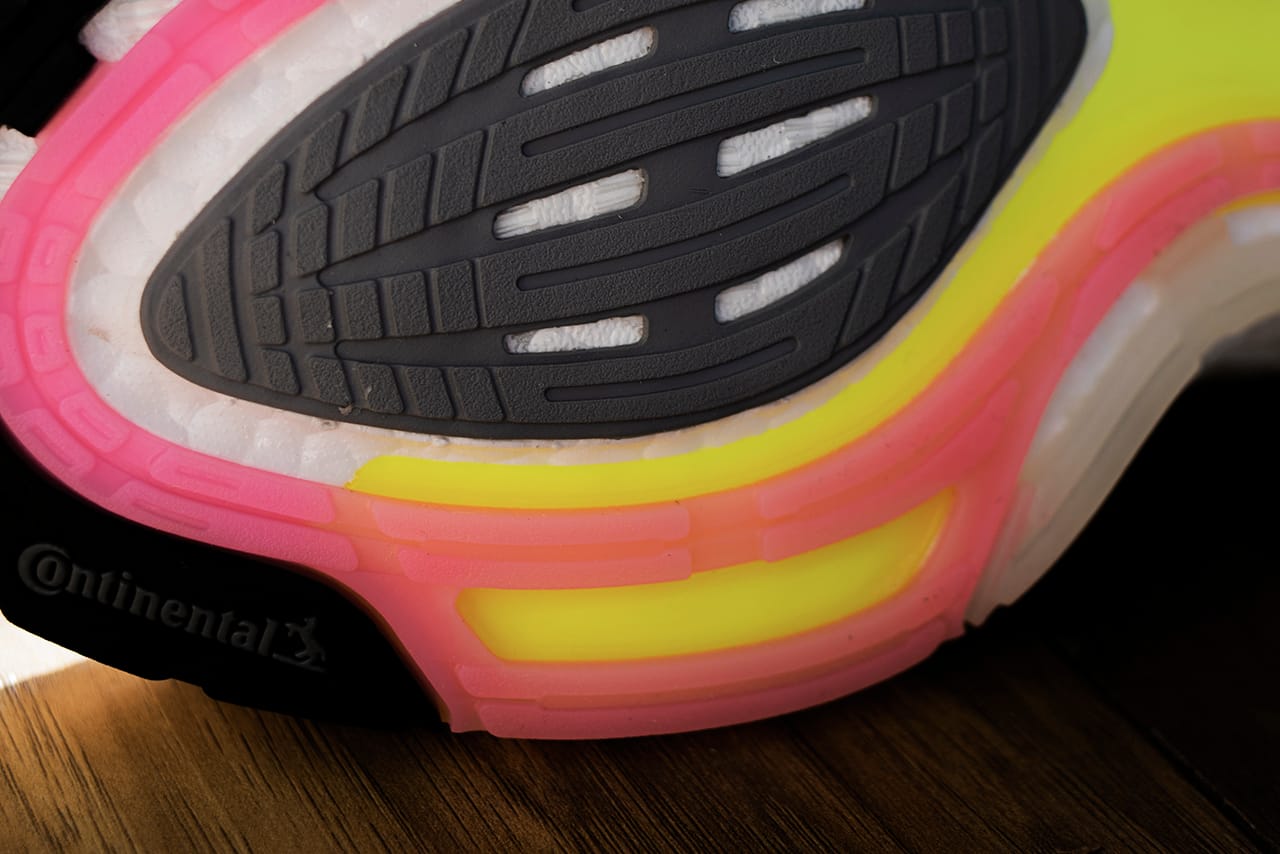 The History of Torsion

What did the invention of Torsion in 1989 mean for adidas Originals?

The invention of Torsion specifically for running was a paradigm shift — you can see that within the ZX series. All of the shoes we had before Torsion were three-digit-numbered, but once Torsion came, the ZX series had a four-digit number: ZX 4000, 5000, 8000. It was the identifier that we’d integrated a Torsion bar.

[Torsion] allowed us to customize the running shoes specifically for the needs of the runner, so it was a way to really look into what runners want and need — using biomechanics we’d tune the footwear accordingly. This was the first time we were able to build a cushion shoe, a guidance shoe, and a support shoe in a way that allowed the runner to feel comfortable at every step of their run. This was a totally new thing because, before that, you only really had running shoes. This is how we switched it over, which was a great achievement for adidas Running.

Touching on that: would you agree that Torsion is no longer seen as running tech today?

That’s the cool part about meaningful, credible innovation. At a certain point in its lifecycle, it transcends and becomes something that’s more culturally relevant. I think there are good examples across the brand: Dellinger Web, Torsion, BOOST, you name it. They are built and grounded in meaningful insights and innovation, and they then transcend into cultures by people adopting and wearing them, and making something new and different out of it, which is ultimately the epitome of innovation — itself is an iterative process, that’s the beauty of the Torsion bar.

Overall, what impact has Torsion had on the wider sneakers industry?

[When it was introduced,] it was a quantum leap for the industry. If you look at the time after that, adidas was pushing innovation. We started with the Torsion bar, we had Equipment as a concept, we had Streetball coming and Feet You Wear and Predator, Climacool, adiZero was coming in. All of those shoes somewhat picked on elements of the Torsion bar, or used the Torsion bar in a modified way. Through that we leveled up the innovation game throughout the industry. Torsion pushed the game forward not just in running, but in the footwear industry in general. 1 of 3 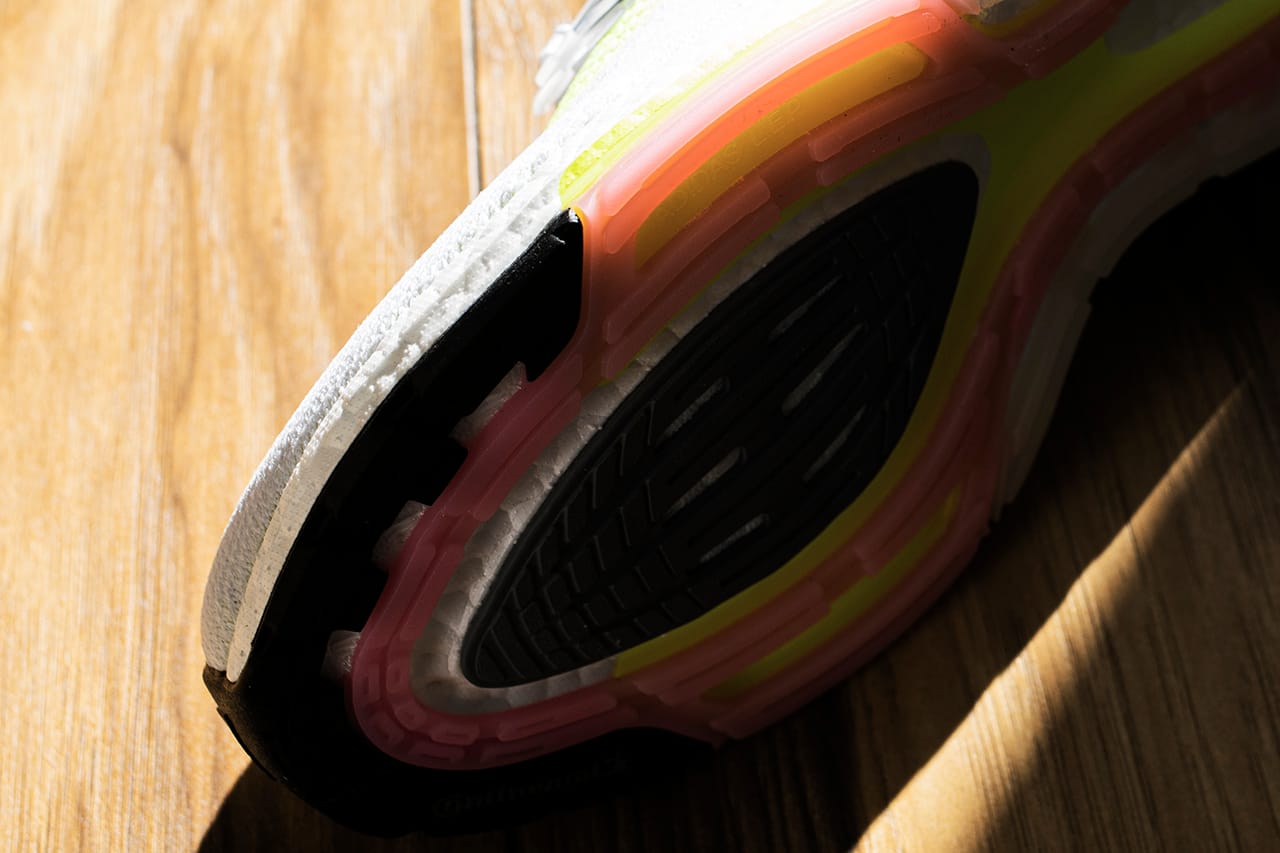 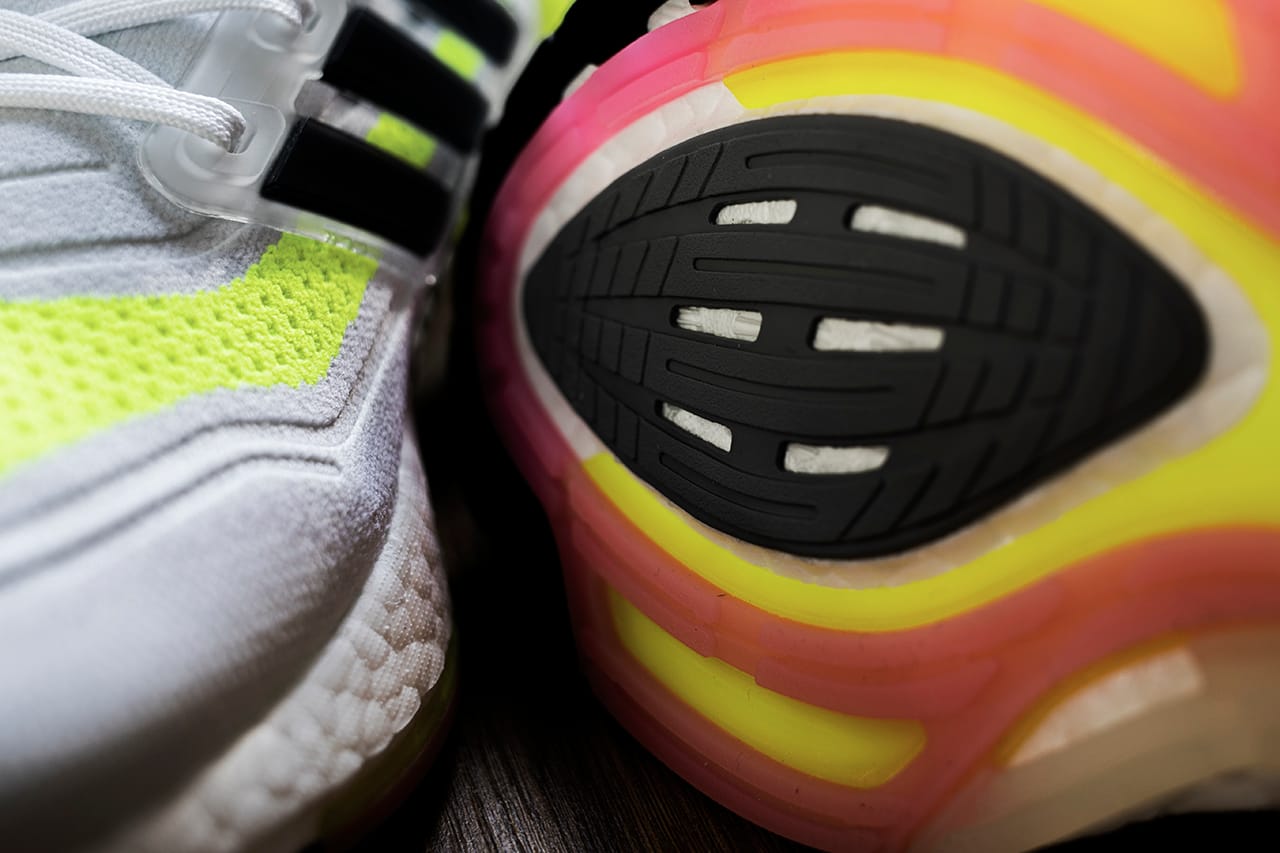 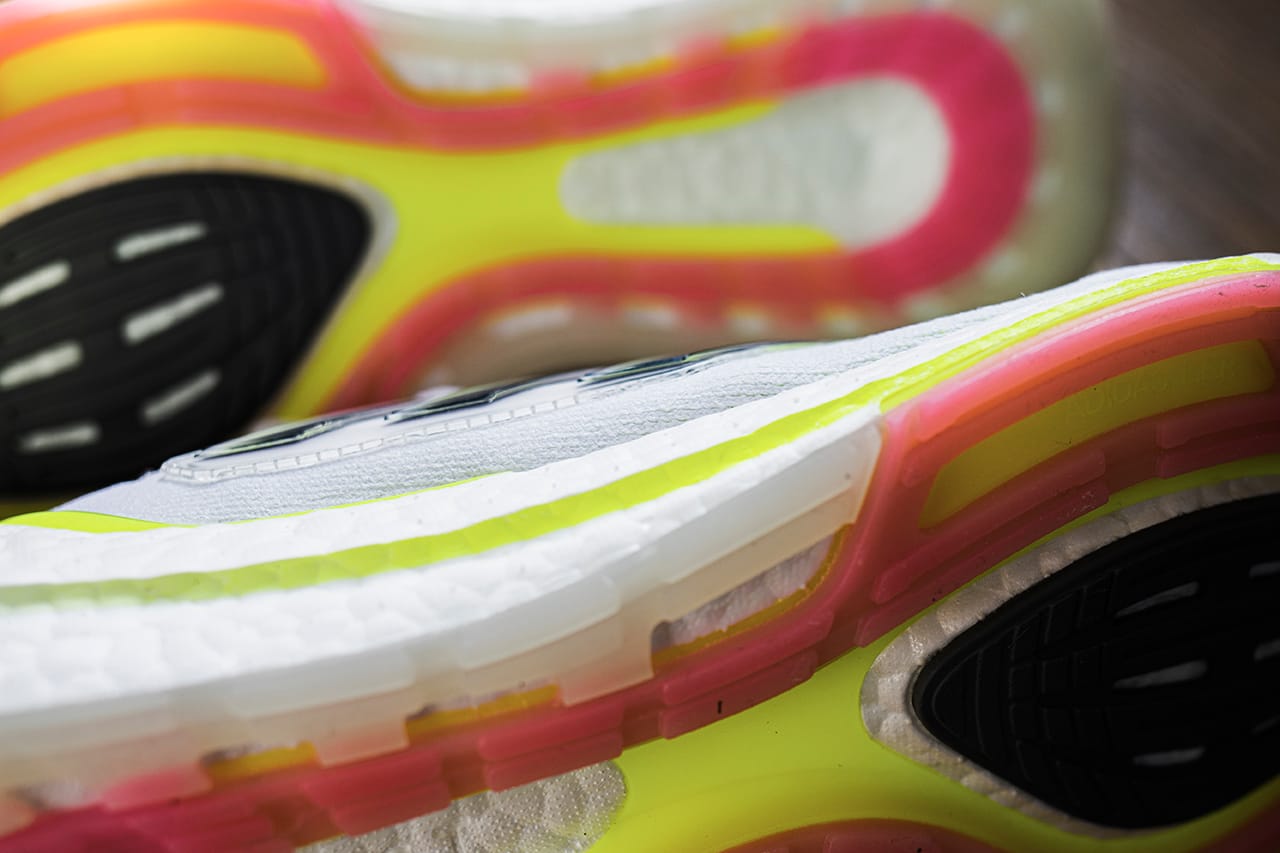 The Future of Torsion

Since 1989, the recipe has stayed the same, right?

This is the coolest part about Torsion. We’ve kept the integrity of Torsion over the years, it still does what it did 30 years back, but we added benefits based on new consumer insights and new athlete needs. We’re able to build new innovations based on the principles of Torsion.

In a way, Torsion is its own brand within adidas. How did it become such a stalwart piece of tech for you?

It goes back to what I said earlier: if something is founded in true athlete insight and is then translated, it gets adopted by sneaker and fashion consumers. It becomes an iconic element of a brand. Torsion is one of those iconic technological innovations that adidas has put out over the last 30 years — there’s a handful that maybe are at the same level as Torsion.

Is it the Torsion bar that makes the sneakers collectible, or are the OG ZX styles you find Torsion in the collectibles?

I think it’s the benefit that Torsion brings. Everybody — even without understanding how foot anatomy works — can relate to the Torsion bar, and understands what it does. You look at it and you understand what it does. When you think about the footwear industry in general, the Torsion bar was the very first thing that did what it was supposed to do, and showed it without talking about it in a way. You knew what it’s supposed to do without having to read a description about it, which is what makes it so iconic and helped us to keep it relevant over the years.

How are you going to make Torsion last another 30 years?

I can’t disclose too much, but when you look at what we did with the new UltraBOOST 21, it is still based on the fundamentals of Torsion but it’s brought into a completely new context, providing a different additional benefit as opposed to what the Torsion bar is “supposed” to do.

We’re focusing the conversation on Torsion — A-ZX most recently was a good way to tell the history of Torsion and the ZX series — and it’s also how we take Torsion into the future and [keep it] relevant to consumers. These are elements we want to focus on, where we celebrate icons, and the future where we can take it forward.
Source: Read Full Article