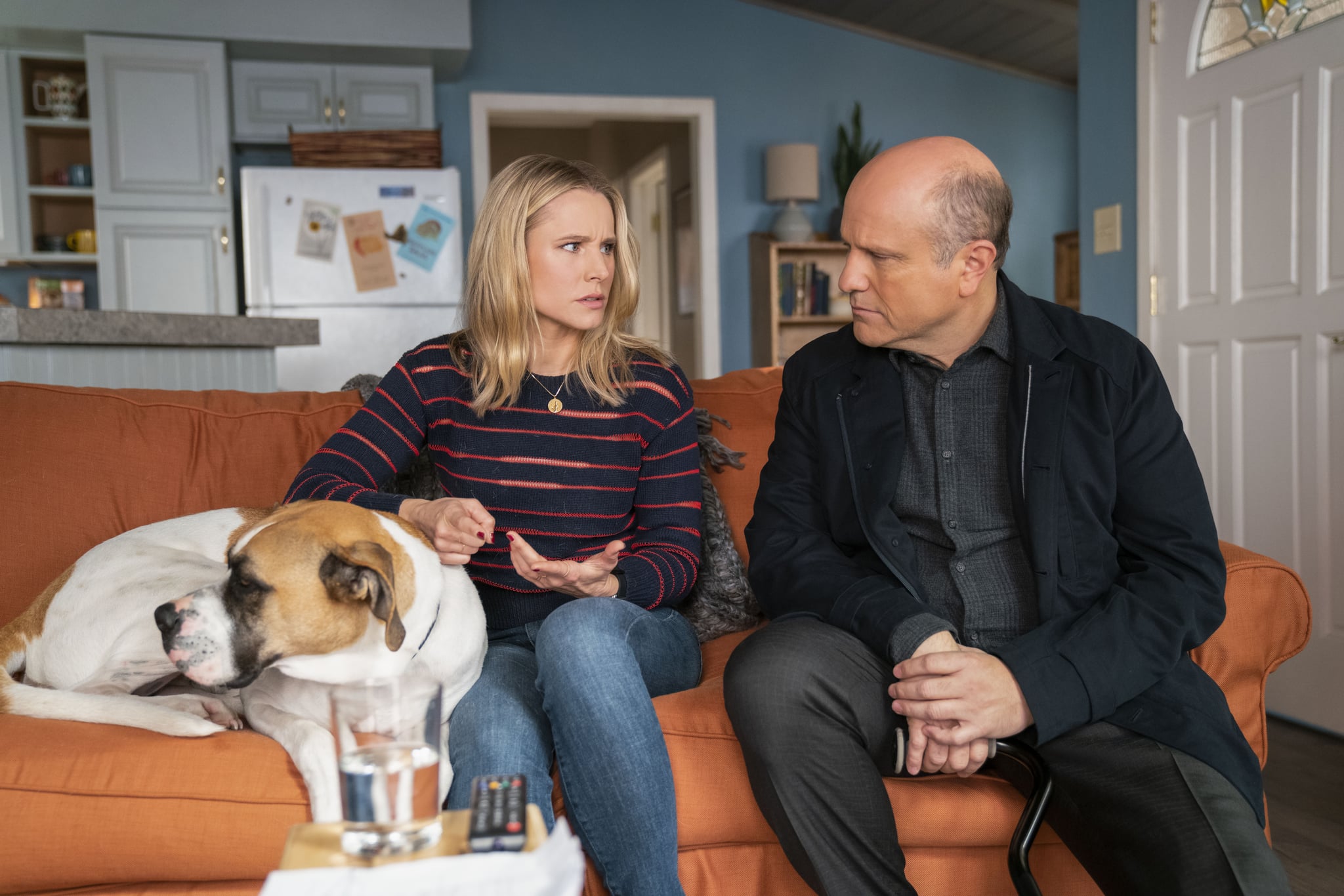 Warning: we’ve got spoilers for season four of Veronica Mars ahead!

Between bombs and wedding bells, the end of Veronica Mars‘s shiny, new fourth season left us with a smorgasbord of emotions to process. If you’re still recuperating from that brutal finale, you’re not alone. Here’s a handy run-through to help you digest the revelations of the Neptune bombings and everything else going on in our favorite private investigator’s personal life by the very last minute of the Hulu revival!

Snooping around Big Dick’s home to find evidence, Matty the teen sleuth almost gets caught by the shady real estate mogul, until Alonzo plops into the pool. After Clyde passes him a recording, Alonzo discovers Big Dick’s involvement in the Sea Sprite bombing — that it was only supposed to be a scare tactic but ended up killing Gabriel Flores, the nephew of Alonzo’s cartel boss, and four other people. Alonzo and his fellow hitman Dodie murder Big Dick by chopping off his head.

Penn Epner had loaded up the last few bombs with nails after discovering a lodged nail in his back that was actually from the string art piece at Sea Sprite’s lobby. Veronica figures this out, but Penn maintains his innocence. A visit with some college students again suggests that Penn is the culprit, that he had became embittered with Spring breakers after a group tried to drown him during a delivery.

But there’s a twist: records show that their delivery guy wasn’t Penn but a Murderhead named Don McNotten. After Matty observes an odd ticket number in the records, the gang realize that Don (now dead) is just the fall guy for Penn. They also deduce from the limerick that the bomber sent to the police that the next target is the ceremony honoring Jake Kane. Veronica and Keith drag Penn to the ceremony, and he eventually shows them the bomb. Keith disarms it in the nick of time, and Penn gets arrested.

Logan and Veronica Get Hitched

Veronica finally accepts Logan’s marriage proposal. Still, after a brief run-in with his ex, Logan seems hesitant about marriage. He momentarily breaks Veronica’s heart before their cozy civic wedding, texting “Sorry” when he really means that he is just going to be late. Right around the wedding, Keith also jovially reveals that his memory loss has been due to his medication. We’re glad everything is OK, but we’re not loving how the writers keep putting our emotions under the knife like this!

But eventually the writers really do shatter our hearts into smithereens. Veronica’s happy marriage is tragically short-lived. As they pack for their honeymoon, Logan gets an alert for a street cleaning, so he goes out to move their car. Veronica thinks back to Penn’s limerick and the backpack that he left in her car, realizing in horror that Logan is in danger. When she calls out for Logan, it’s too late, as the bomb has already detonated and killed him.

Flash forward to one year later, Veronica sets out to leave Neptune. High prices have driven her out of her beachfront home because of the NUTT resolutions, which also caused local businesses to fold. Penn’s documentary inspired many people to call Veronica for cases, so she decides to leave town and help them. Before going away, she crashes at Keith’s and finally pays Logan’s therapist Jane a visit. Keith’s doing great — he has a new hip, a girlfriend, and Matty as an assistant. There’s also good that comes from her therapy session, as Jane gives our heroine a voicemail in which Logan explains why he wanted to marry Veronica. In the last line of his message, Logan says, “Blows that would destroy most people — she always picks herself back up.”

It’s exceedingly cruel that we would get a LoVe wedding only to see Logan get killed three minutes later. Still, it makes sense to see the series’s narrative run the full circle of grief. Because it opens with Lilly Kane’s death in season one, the series’s latest bookend with Logan’s death feels definitive for now. But if we do indeed see a fifth season, we’re not entirely sure how we’ll pick ourselves back up after this tragedy.