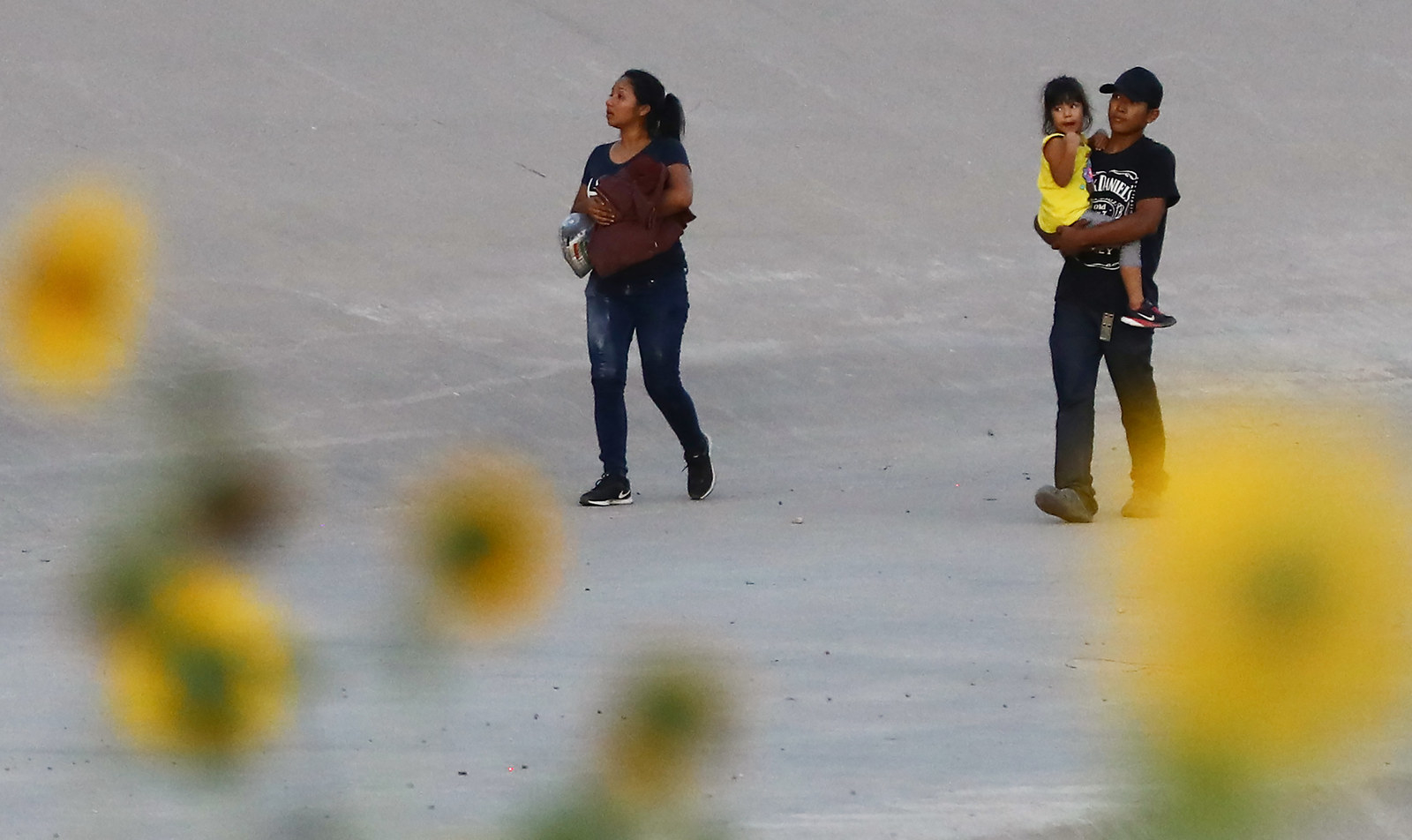 People cross the border between the US and Mexico in El Paso, Texas.

US asylum officers have been told to prioritize and quickly process cases of immigrants subject to a recent Trump administration policy banning asylum for people who crossed through Mexico, days before a pair of lawsuits over the policy are set to be heard in federal court.

According to an email sent Friday by John Lafferty, head of the asylum division at US Citizenship and Immigration Services, and obtained by BuzzFeed News, the directive appears to contradict statements made by US Customs and Border Protection Commissioner Mark Morgan. The CBP director told NPR on Thursday that the policy was a “pilot” that would be implemented in “just one location.”

Under the policy, those who crossed through Mexico to get to the southwest border will be denied asylum in the initial screening interview and be forced to apply for more limited protections that are difficult to obtain.

“It appears not only that they are applying the rule but applying it as quickly as possible,” said Sarah Pierce, an analyst at Migration Policy Institute, when told about the directive.

Ur Jaddou, a former chief counsel at USCIS, said the email was clearly an attempt to “maximize the effect of the rule, by prioritizing the group.”

Through a regulatory change, the US ended asylum protections for any person who crosses through a third country but does not apply for protection there before reaching the US’s southern border. The ban will not just apply to Central Americans, but countless other immigrants who are not Mexican but travel through Mexico to reach the US border.

One asylum officer has already told BuzzFeed News that she would not enforce the policy, which she described as illegal and immoral.

The policy is the latest Trump administration attempt to restrict asylum at the southwest border and is the subject of a pair of lawsuits challenging its legality. The first hearing over the policy is scheduled for Monday.

On Friday, Lafferty told asylum officials they needed to keep track of the number of referrals for initial asylum screenings — called a credible fear interview — where immigrants must prove there is a significant possibility that they could establish they have a well-founded fear of persecution in their home country.

He told staffers they needed to review the referrals to see if the person came to the border on or after July 16, when the new policy took effect. Cases subject to a policy keeping immigrants in Mexico as they await processing of their asylum cases in the US took first priority, while those that fit the new asylum ban would be second priority.

Other cases, not impacted by either policy, would be the last priority.

Lafferty also told staffers the interviews needed to be done quickly: If asylum officers were referred cases Friday or before Friday, they needed to be completed no later than Sunday.

Morgan told NPR that officials expected the policy to be blocked in court.

“Morgan might have been wrong about the pilot, but he appears to be right on about the administration’s expectation that the new regulation will be quickly enjoined,” Pierce said, referring to the quick scheduling of cases.

Lafferty told asylum staffers to also keep track of the processing and interviewing, ordering them to insert the data into an agency online case management system.

The administration has already made moves to speed up initial screenings of immigrants seeking asylum.

Asylum officers have had to wait at least 48 hours after an immigrant has been detained for crossing into the US to interview them and hear their case. However, under a new directive implemented by USCIS acting Director Ken Cuccinelli, that window has been reduced to one calendar day.