Home » Entertainment » Uh, Did Lil Wayne Just Quit His Tour With Blink-182 While on Stage?

Weezy out? Lil Wayne seemingly quit his co-headlining tour with Blink-182 in the middle of a concert in Bristow, Virginia, on Thursday, July 11.

“Hold on. I just want the people to know, if you’re wondering, please forgive me, but I am so not used to performing to a crowd,” the rapper, 36, said while on stage at the Jiffy Lube Live outdoor amphitheater, as seen in a concertgoer’s YouTube video. “And there’s not too many. Like, still, that’s not my swag.”

Wayne then dropped a bombshell: “I’m not sure how long I’m going to be able to do this tour, but make some noise for Blink-182 for including me anyway. This might be my last night though.” 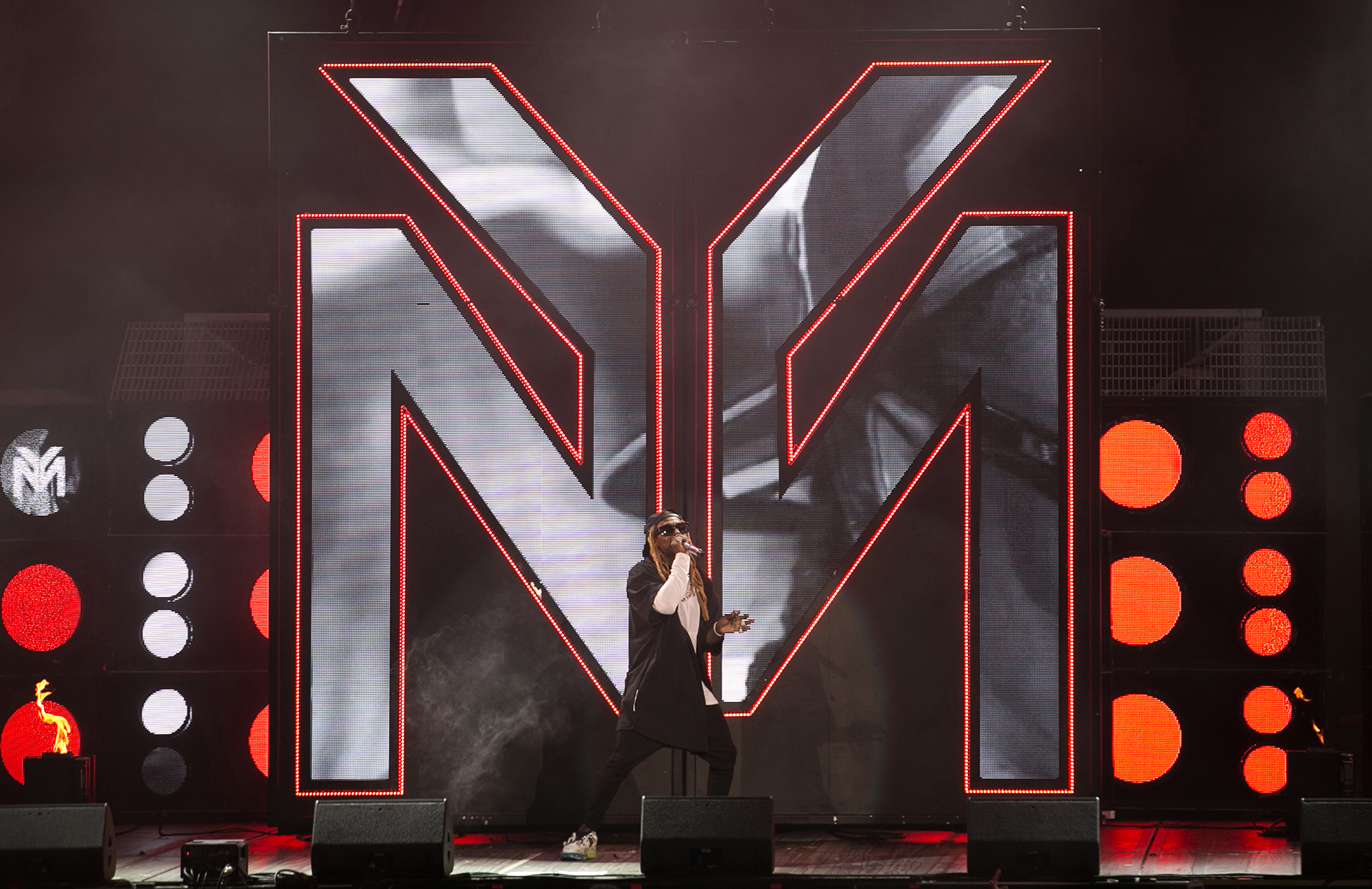 Soon after, the five-time Grammy winner walked off the stage without finishing his set, having only performed four songs. Naturally, many fans in attendance were upset about his abrupt ending.

“We are at the @blink182 show and #LilWayne was on and off in like 20 min. He was supposed to have an hour set. The f–k man. #disappointed,” tweeted one concertgoer. Another audience member wrote, “He said it wasn’t ‘his’ crowd and it might be his last show of the tour. And then he cut his set list in half and walked off. The band looked confused as f–k.”

When Blink-182 hit the stage later in the evening, bassist and vocalist Mark Hoppus reportedly took a shot at Wayne. According to another Twitter user, Hoppus, 47, the crowd, “We are going to play one more song then we are going to play more! You know why? We are contractually obligated!”

The Young Money Entertainment founder and the rock band announced in May that they would be doing a summer tour together to promote their respective albums Tha Carter V and Enema of the State, the latter of which celebrated its 20th anniversary this year.

The tour kicked off in Hartford, Connecticut, on June 29 and is scheduled to conclude in Columbus, Ohio, on September 22.

Us Weekly has reached out to reps for Wayne and Blink-182 for comment.