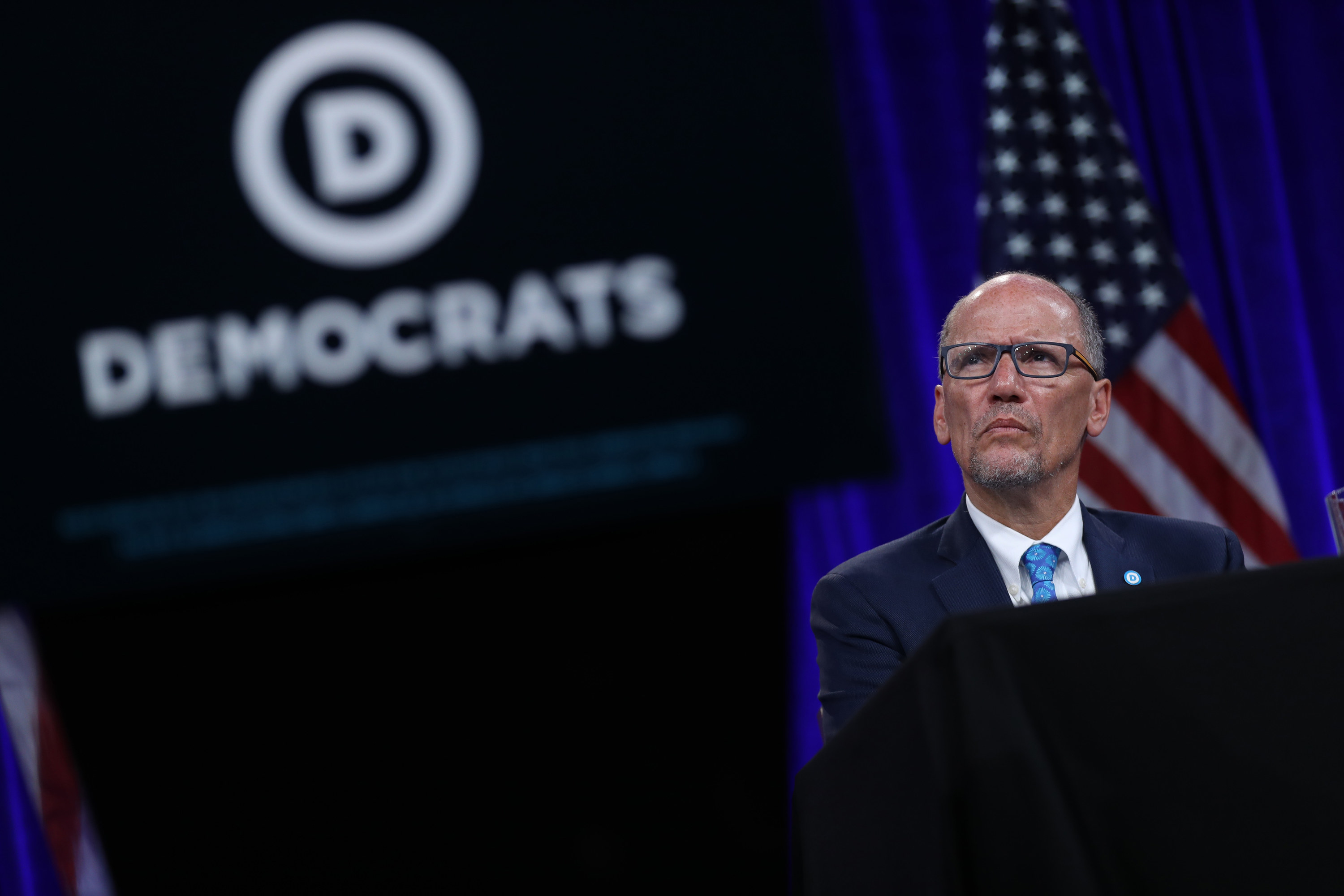 After months of planning by the Democratic National Committee and the Iowa Democratic Party fell apart in Des Moines, top black members of Congress wrote a sternly worded letter to Perez urging him to take responsibility for the mess and take new steps to “restore confidence” in the DNC as an institution, summoning him to a meeting about Iowa and, the members of Congress wrote, “several other matters we would like to discuss with you in person.”

The lengthy delay in definitive results in Iowa, the first contest in the nominating process every four years, “embarrassed” the party and “undermined public confidence” in the process, Bass and her colleagues wrote, according to a copy of the letter.

The letter arrived at the DNC as Perez had largely been silent on the delay, letting the Iowa Democratic Party chair, longtime state party official Troy Price, shoulder much of the blame and the ongoing public response amid an outcry of questions from reporters and campaigns, while also working to verify and release the last of the caucus results.

“As chairman of the Democratic National Committee, you bear some responsibility for what happened in Iowa and for the consequences,” the elected officials told Perez, detailing measures that should have been taken to prevent the “unacceptable” problems, most of which were caused by a coding error in the app designed for reporting results from each caucus site.

“[The DNC] should have known better,” they wrote.

Some party leaders involved in the drafting process advocated for a sharper rebuke of Perez, according to three Democrats familiar with the letter, but settled for the version that was sent. Ohio Rep. Marcia Fudge has called for his resignation, and Thompson, one of the signatories of the letter, recently called his leadership “virtually nonexistent.”

“Any communication between CBC members and Chairman Perez is private,” the CBC’s communications director Toyin Awesu said of the letter.

Perez responded to the CBC this week with a detailed summary of what went wrong with the app and what the party is doing to prevent another breakdown during next week’s caucuses in Nevada.

“At the outset, let me reiterate that what happened in Iowa was completely unacceptable,” he wrote in a three-page letter on Tuesday, according to a copy provided by the DNC. “While the Iowa Democratic Party (IDP) runs the Iowa caucuses, we have a shared responsibility, which we take seriously.”

“I look forward to meeting with you and your fellow members to address questions and concerns about the Iowa caucus process,” he wrote.

In the three years since Perez took the helm of the party, black Democratic leaders have voiced a series of concerns about his leadership. Throughout his tenure, longtime black party officials have described Perez, a former labor secretary in Barack Obama’s cabinet, as a bureaucrat with an impressive resume in government service who lacks both political instincts and an appetite for relationship-building and -management.

Early on, a number of prominent black activists and elected officials publicly took issue with his staff hires at the DNC, saying the voices of black women were being “ignored.” In 2018, several high-ranking black officials made public and private complaints about changes to the party’s super delegate process, which they said weakened the power of black elected officials in the party. And that year, the CBC conducted and passed a vote of “no confidence” in Perez.

Those frustrations and concerns, said the three Democrats familiar with last week’s letter drafting process, were easily and quickly brought back to the surface after the Iowa debacle last Monday.

Over the last week, as Democrats in Iowa worked to release results and move forward from the controversy, Perez’s public response has become its own point of contention.

On Thursday afternoon, the day after the letter from CBC leaders arrived, Perez decided to call for the Iowa Democratic Party to recanvass results. “Enough is enough,” he said in a tweet.

Price brushed the request aside, saying the party would instead “remain focused on collecting and reviewing incoming results” unless one of the campaigns requested a recanvass.

For several days, Perez sought to distance both himself and the DNC from what happened in Iowa. DNC spokesperson Xochitl Hinojosa told CNN last week that the party’s security head had been “concerned about the use of technology in the election” and warned the IDP to rely on old-fashioned methods rather than introducing the use of an app.

Hinojosa said those concerns were rebuffed by Iowa Democrats. The IDP denied that the DNC warned against using the app.

This past Monday, one week after the caucuses, on a conference call with Perez, Democratic state party chairs across the country let out a torrent of concerns about the implications of the DNC chair deflecting blame on one of his own state chairs, according to two participants. By the end of the call, party chairs agreed to move on, the participants said.

“While the Iowa party administers the election, we provide help,” Perez said in an interview that same night on MSNBC. “We have a partnership with our state parties. We’re all in this together. We all succeed together, and when we fall, we fall together. And we fell short. And I’m here to say, I apologize for that. I know the chair of the Iowa Democratic Party, there’s nobody more disappointed than Troy Price.”

More on the DNC