Doherty, 48, shared her sweet photo op with Priestly, 49, to Instagram on Wednesday, June 26. The Charmed alum smiled as she posed with her arm wrapped close around her smiling pal’s shoulder.

“And just like that, the twins are back,” the actress captioned the snap. On the original series, Doherty and Priestly played Minnesota twins Brenda and Brandon Walsh, who ultimately learn how to navigate the drama-filled Beverly Hills scene. Doherty, however, wound up exiting the series after four seasons and her character was written out. 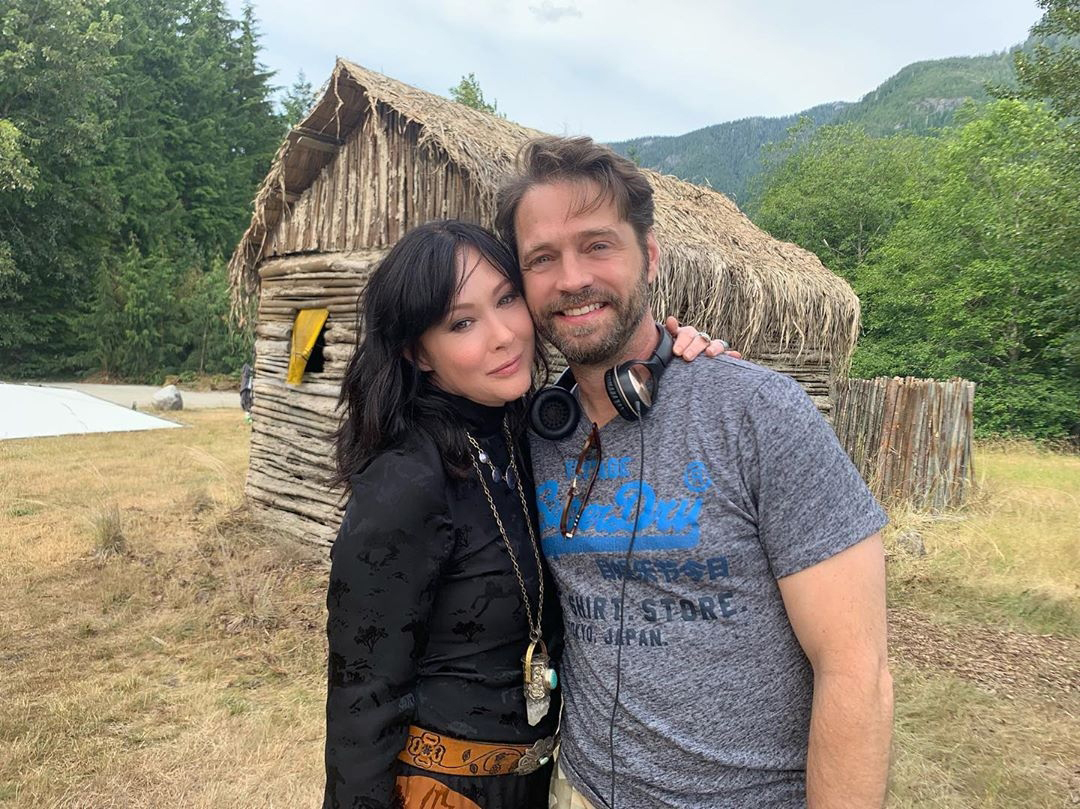 Doherty’s shot with Priestly comes on the heels of a picture she shared with her fellow BH90210 castmate Brian Austin Green earlier this month. She posted a photo to Instagram of the pair grabbing dinner, captioning the selfie: “Might be one of my fave dinner companions.”

Doherty, Priestly and Green are confirmed to appear in the BH90210 quasi-revival alongside fellow stars Jennie Garth, Tori Spelling, Ian Ziering and Gabrielle Carteris. The series will follow the real-life actors playing fictional versions of themselves returning for a revival of the popular teen drama.

While former Beverly Hills, 90210 star Luke Perry died before production on the upcoming show began, he was never confirmed to return to play Dylan McKay. Before his death, the late actor was starring on Riverdale as Fred Andrews, the father of Archie Andrews (KJ Apa).

After Doherty’s first day of shooting, she shared a selfie while in bed to honor the occasion. “First day of work today and could not of gone better,” she captioned the Instagram post on June 13. “Had a blast on set and taking in the beauty of Vancouver once again. #bh90210.”

The six-episode revival show BH90210 was announced in February and is set to debut on FOX Wednesday, August 7, at 8 p.m. ET.