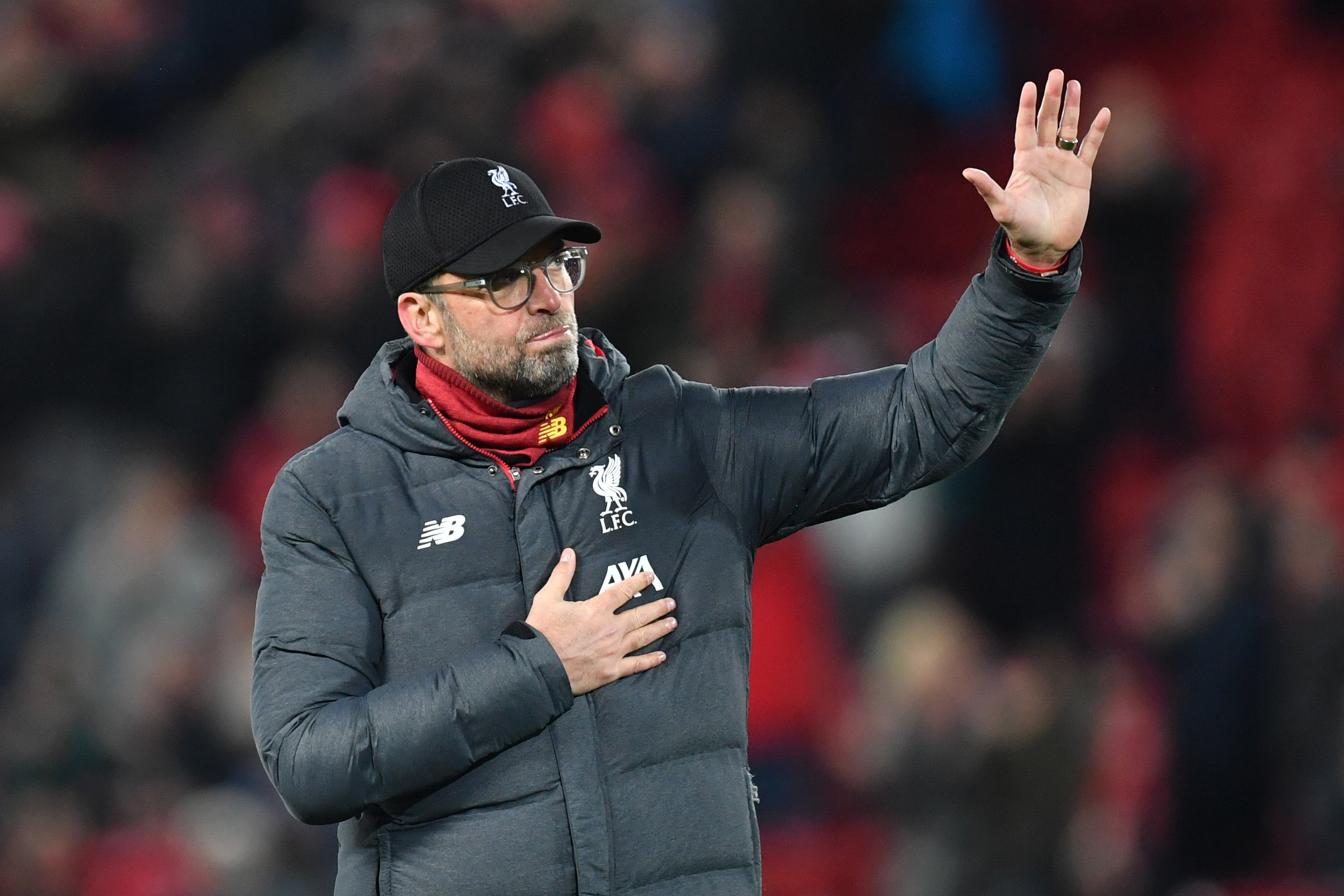 Amid ongoing fears of the spread of the coronavirus, all games in England’s Premier League were suspended on Friday until at least April 3.

The decision makes England’s top football league just the latest sporting body in the world to suspend play to avoid sickening spectators and athletes. In the United States, this includes the NBA, the NHL, the MLB, the MLS, and the NCAA’s March Madness tournament.

The decision to temporarily shutter the Premier League came after Arsenal head coach Mikel Arteta and Chelsea winger and England international Callum Hudson-Odoi had tested positive for the coronavirus.

Liverpool FC manager Jürgen Klopp has already gone viral once during this coronavirus pandemic when he yelled at fans this to put their hands away as his team emerged for a game.

On Friday, after the news of the Premier League postponement, Klopp released a statement to fans disappointed about the impact of the coronavirus on the sport.

But his words were also about much more than football.

His measured and thoughtful response was a call for calm and shared humanity during one of the more frightening moments of the modern era.

The message is especially poignant as Liverpool are the runaway leaders in the league, about to win their first league title in 30 years.

Klopp ends his messages with the phrase, “You’ll Never Walk Alone,” a Rodgers and Hammerstein that has become something of a Liverpool anthem and motto.

I don’t think this is a moment where the thoughts of a football manager should be important, but I understand for our supporters they will want to hear from the team and I will front that.

First and foremost, all of us have to do whatever we can to protect one another. In society, I mean. This should be the case all the time in life, but in this moment I think it matters more than ever.

Of course, we don’t want to play in front of an empty stadium and we don’t want games or competitions suspended, but if doing so helps one individual stay healthy — just one — we do it no questions asked.

If it’s a choice between football and the good of the wider society, it’s no contest. Really, it isn’t.

Today’s decision and announcement is being implemented with the motive of keeping people safe. Because of that we support it completely. We have seen members of teams we compete against become ill. This virus has shown that being involved in football offers no immunity. To our rival clubs and individuals who are affected and to those who later will become so, you are in our thoughts and prayers.

None of us know in this moment what the final outcome will be, but as a team we have to have belief that the authorities make decisions based on sound judgement and morality.

Yes, I am the manager of this team and club and therefore carry a leadership responsibility with regards to our future on the pitch. But I think in the present moment, with so many people around our city, the region, the country and the world facing anxiety and uncertainty, it would be entirely wrong to speak about anything other than advising people to follow expert advice and look after themselves and each other.

The message from the team to our supporters is only about your well-being. Put your health first. Don’t take any risk. Think about the vulnerable in our society and act where possible with compassion for them.

Please look after yourselves and look out for each other.