When you think of life on the American frontier, images tend to be dominated by the gun-toting white man, saving the damsel in distress, fighting bad guys, and taking no prisoners. While that picture of frontier life has made a name for itself in a number of TV series, books, movies, etc., The CW’s depiction aims to show a different viewpoint — that of the American frontier women in the late 1800s. Walker Independence (Thursdays at 9/8c or stream free the next day on the CW App) tells the story of Abby Walker, a tough woman from Boston whose husband is murdered right before her eyes on their journey West.

Abby then teams up with a con artist on her quest to find justice for her late husband and uncover the truth about the identity of his killer. While the series is an origin story of the Walker series, the inspiration behind the show comes from a long history of gutsy women who paved their own way in the American frontier. Some names you may recognize while others may have a history overshadowed by that of their male counterpart. Regardless, there’s no doubting the name these women made for themselves, especially during a time when women had few options. Below, read more about the gutsy frontier women who left their mark on American history.

From Independence, Missouri, Mary Donoho was the first woman to travel the Santa Fe Trail in 1833 with her husband and 9-month-old daughter, according to HISTORY. Mary and her husband created La Fonda, an inn for travelers at the end of the trail. It was difficult for married women of that time to legally own property, but because her husband was gone on frequent trading trips, she operated the business largely on her own. In September 1845, her husband died without having made a will, which left Mary in a six-year court battle for their assets. She eventually reclaimed the rights to run the hotel, which thrived under Mary’s management, growing famous throughout the area for its excellent accommodations, food, and hospitality.

Nancy Kelsey was the first white woman to travel overland from Missouri, seeing Utah and Nevada before crossing the Sierra Nevada mountains into California in 1841 along with her husband, baby, and about 30 men. Young women played a critical role in settling in the West, with The San Francisco Chronicle writing, “Many and many a time it has been noted that there is nowhere in all this country, a monument to the foremothers of the land…That sentiment is well-expressed, and it is a fitting conclusion to this story about Nancy Kelsey, who is a stand-in for so many women who bravely made their way West. They made homes, raised families, and provided civility in this new world that was being established.” She later became known as the “Betsy Ross of California” for her role in creating the original Bear Flag.

Known as Stagecoach Mary, Mary Fields was born into slavery around 1832. After she was freed at the end of the Civil War, she ended up at the Ursuline Convent of the Sacred Heart in Toledo, Ohio where she worked as a groundskeeper, according to HISTORY. At the convent, she made a friend in Mother Amadeus Dunne who was called to missionary work in Montana. While there, Mother Amadeus became ill. Mary got word and headed to Montana to help her. Unfortunately, after nursing her back to health, the bishop got word of Mary’s habits of drinking, smoking, shooting guns, and wearing men’s clothing, and was kicked out of the convent. 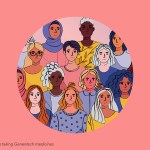 However, her pension for not following conventional rules paid off in 1895 as she got a contract from the postal service to become a star route carrier—an independent contractor who carried mail using a stagecoach donated by Mother Amadeus. As a star carrier, her job was to protect the mail on her route from thieves and bandits and to deliver mail. She was only the second woman in the United States (and the first African American woman) to serve in that role.

Recognized as Calamity Jane, Martha Jane Cannary was known for sharp-shooting, whiskey-swilling, and cross-dressing. By the time she was 12, both her parents had passed, and having to take care of her younger siblings, made a living any way she could. She performed in Wild West shows immortalizing her as one of the more colorful characters of the West. According to her biography, her fame grew tenfold in 1895 when she joined Buffalo Bill’s Wild West Show performing sharpshooting skills astride a horse. For several years, she toured the Midwest, bringing a commercialized version of the rip-roaring west to American audiences.

Anne Hennis Trotter Bailey, known as “Mad Anne,” worked as a frontier scout and messenger during the Revolutionary War, according to HISTORY. Her husband, Richard, who joined the Virginia militia as tensions between frontiersmen and Native Americans grew, was killed in the Battle of Point Pleasant in 1774. After learning of her husband’s death, she sought revenge, becoming a scout and messenger recruiting volunteers to join the militia, and sometimes delivering gunpowder to the soldiers. She couriered messages between Point Pleasant and Lewisburg, West Virginia—a 160-mile journey on horseback. In 1791, after soldiers at Fort Lee got word that the Native Americans were planning to attack, and discovered they had low gunpowder, Anne rode to Lewisburg, where she switched horses, loaded up with gunpowder, and rode back to Fort Lee. Her journey was memorialized in an epic poem by militiaman Charles Robb, “Anne Bailey’s Ride.”

Born in 1844 to a free father and enslaved mother, Cathay enlisted in the army at just 17 years old, becoming the first African American woman to enlist and the only documented woman to serve in the United States Army, while disguised as a man, during the Indian Wars. Under the pseudonym William Cathay, Cathay Williams remains the only known African American woman to have served as a Buffalo Soldier, a nickname given to the Black and African Cavalry by Native American tribes who fought in the Indian Wars.

One of the most well-known women of the American West, Sacagawea gained recognition for her role in helping the Lewis and Clark expedition successfully reach the Pacific coast. After more than a year of planning and initial travel, Lewis and Clark met Sacagawea at the Hidatsa-Mandan settlement, where she was a slave to French-Canadian fur trader Toussaint Charbonneau. It was then they realized her ability to speak to the Shoshone proved invaluable. She, along with her newborn baby, was the only woman to accompany the 31 permanent members of the Lewis and Clark expedition to the Western edge of the nation and back. In appreciation, Lewis and Clark named a branch of the Missouri River after her.

This article was created by SheKnows for The CW.