ITV’s The Walk-In is drawing to a close and with it comes a stark reminder of the haunting realities of racism.

Warning: this article contains spoilers for the final episodes of ITV’s The Walk-In.

Like any good drama, you come to a series’ final episode in the hopes of things being neatly tied up, conclusions drawn and characters going off on their merry way. But in The Walk-In, you watch knowing that it’s impossible for a drama like this to come to such a final end.

The ITV true crime series has chronicled the tense and oftentimes painstaking mission of infiltrating far-right group National Action (NA) with an inside man – the titular walk-in. The activist at the helm of the operation is Matthew Collins (a real-life reformed neo-Nazi who has devoted his life to educating people, played by Stephen Graham) who is working as an investigator for the anti-racist and anti-fascist organisation Hope Not Hate. With the help of Robbie (Andrew Ellis), Collins hopes to take down National Action but the task is far from an easy one.

As well as being incredibly tense and well-acted, the series also does a superb job of capturing the all-too-easy indoctrination process for far-right groups. Although we may meet Robbie as a wallflower, he soon transforms before our eyes into a sponge soaking up the racist rhetoric around him. He doesn’t expand on any of the conspiracy theories that are told to him, forgets important names and actual facts, choosing instead to proudly reiterate debased theories without any need for reasoning. 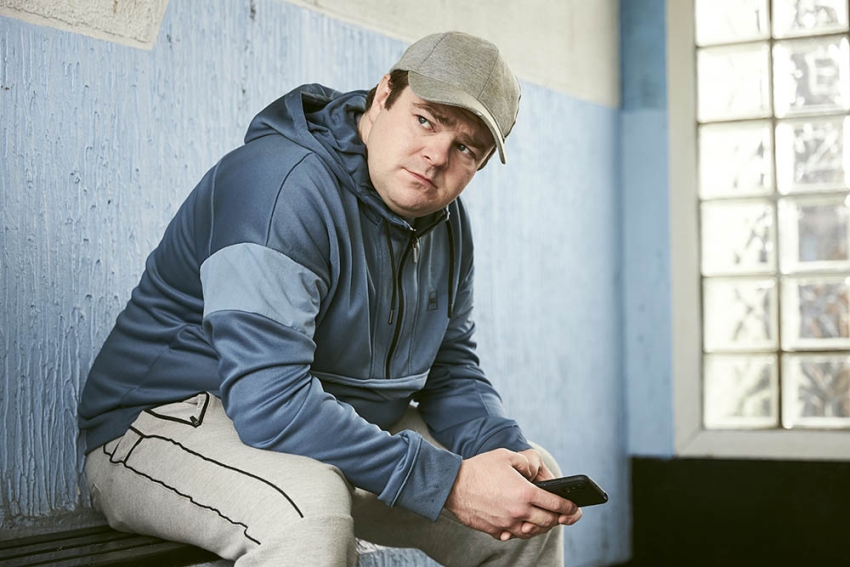 ITV’s The Walk-In episode 3: viewers are saying one thing about the latest instalment of Stephen Graham’s new drama

In the final episodes of the series, in a bid to protect Robbie from the growing threat of the group, Collins moves him into his house and takes him out to dinner. It’s an Italian restaurant and even the names of common dishes like tiramisu and lasagna al forno are enough to leave Robbie embittered. “It just…tasted funny,” he tells Collins. It’s clear he lacks life experience, something that Collins and his partner Alison (Leanne Best) discuss later that evening.

But it’s the beginning of a deeper understanding that Robbie is not just the seemingly innocent man that wants to take down NA. We may initially think Robbie possesses similar attributes to Collins but actually, he doesn’t strive to be anything like him. He has to be schooled by Alison on the use of homophobic language in her house, and also admits to Collins that maybe he doesn’t want to change at all.

When he gets moved to a safe house in a block of flats in east London, he looks angrily out the window at the people below. “What is this, some sort of test? I’ve not seen a white face since I got here,” he says.

Like a pot of boiling water, he bubbles up shouting: “Look, just because I didn’t want to see two women get murdered, doesn’t mean I like what’s happening to this country, alright?”

The Walk-In: Stephen Graham as Matthew Collins and Andrew Ellis as Robbie Mullen.

ITV’s The Walk-In episode 2 review: the powerful question that the new Stephen Graham drama forces us to confront

As viewers, we strive to give main characters the benefit of the doubt but this series demonstrates the fact that that rule can’t be applied to everyone. Robbie is a product of his environment and try as he might, Collins isn’t succeeding in being able to help Robbie unlearn his derogatory way of thinking.

In the finale, Robbie takes the stand and helps bring the men at the centre of the plot to kill Labour MP Rosie Cooper and a female detective to justice. While Robbie may express a basic understanding of what is right and wrong, he is also a character that holds racist views, uses slurs, and expresses no desire to change.

Like the case in this well-paced drama, you’d expect it to end with a sense of finality. But like the harsh reality it’s based upon, it doesn’t. The Walk-In takes time to flesh out the uncomfortable truth behind far-right extremism and the fact remains that one cannot change these views overnight.

Stephen Graham leads the cast of The Walk-In as Matthew Collins.

“You said less so. It’s not just all about people like me suddenly being struck by bolts of lightning and seeing the world differently. It’s about people like you changing just a little bit,” Collins remarks to Ellis in the series’ final scene.

While the ending may seem like an unsatisfactory one – especially when Robbie has Collins as a blueprint for change – it does underline the haunting realities of racism. This isn’t a finale that ties the series up with a pretty bow and it’s important that it doesn’t. Racism still persists, groups like NA do also and the work of Hope Not Hate is ongoing. Robbie’s miniscule progress isn’t one to roll out the red carpet for but it showcases the small actions that are necessary for a much-needed societal shift – especially when we’re talking about the depths of dangerous far-right thinking.

White terrorism now accounts for more than fifty percent of all terrorist arrests, a fact we’re reminded of in the series’ final scenes. It’s through The Walk-In’s exploration of characters like Collins – and even Robbie – that we see how the cruellest and most ill-intentioned of people can meaningfully strive for change.

Episode four of The Walk-In airs tonight on ITV at 9pm, with all episodes available to stream on ITV Hub now.