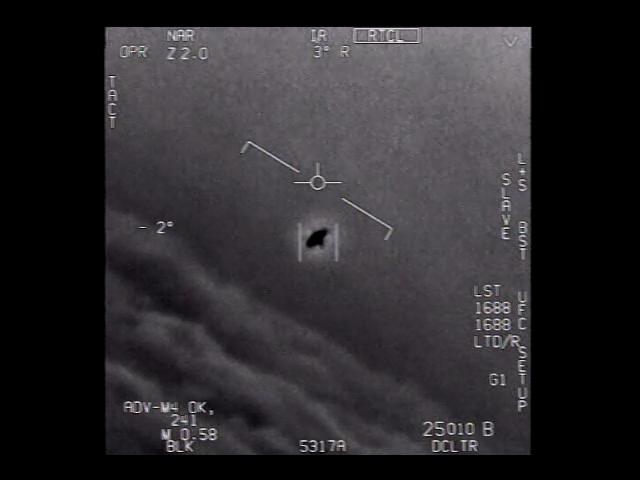 In a statement Monday, the Pentagon said that following a “thorough review” they had determined that the videos do not reveal “any sensitive capabilities or systems” and that their release “does not impinge on any subsequent investigations of [these types of] military air space incursions.”

Of the three incidents seen in these videos, the first occurred in November 2004, and the other two in January 2015.

A video released by the Pentagon from 2004.

In its statement, the Pentagon acknowledged the fact that these clips had been leaked into the public domain years ago.

The 2004 video was brought to light in a New York Times story published Dec. 16, 2017, which included interviews with the two pilots who observed the encounter. 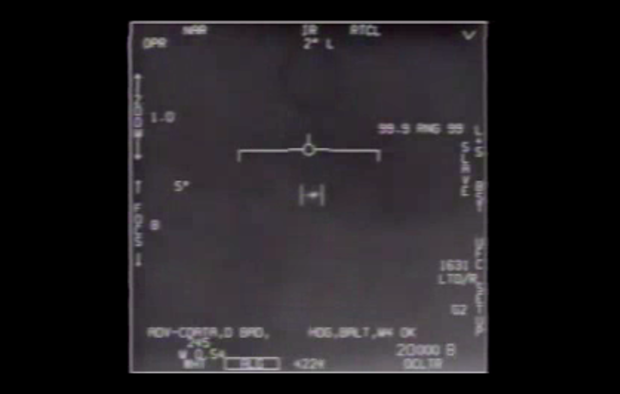 The airmen described seeing an oblong object about 40-feet long hovering about 50 feet above the water.

When they approached, the object rapidly ascended into the air and out of sight. “It accelerated like nothing I’ve ever seen,” one of the pilots said in the interview.

Following the story’s publication, the Pentagon acknowledged the existence of its Advanced Aerospace Threat Identification Program, which was founded in 2007 and disbanded in 2012. The purpose of the program, which received $22 million in funding, was to study reports of unidentified flying objects.

In May 2019, the New York Times published another story featuring two new videos from January 2015 of Navy pilots encountering similar unidentified objects during flights. The story included interviews with a number of pilots who described seeing extraordinarily strange objects racing through the air.

Although the Pentagon has confirmed that the previously-leaked videos were authentic, Monday is the first time that they have been officially released.

And, per the statement, they still haven’t reached a conclusion about what the videos show.

“The aerial phenomena observed in the videos remain characterized as ‘unidentified,'” they said.