Home » Entertainment » The Pandemic Brought Loss.Now They’re Behind on Rent.

For these families in Queens, bills piled up. “All this hit and it’s hard because you feel so powerless over everything.” 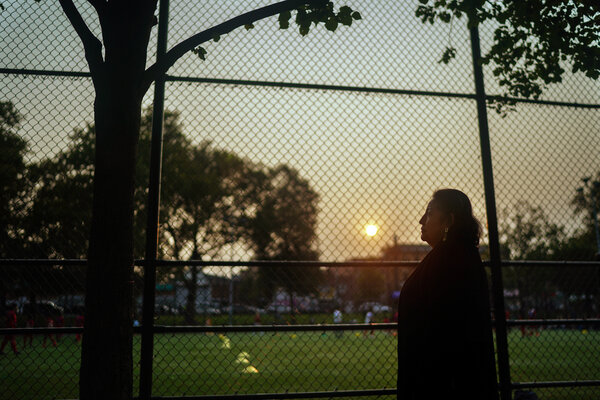 The last day Maria Quezada saw her husband alive, he was lying in a hospital bed in Nassau County, his face bloodied after 17 days of intubation.

“His face, that’s what hurt me most, seeing how he had been hurting so long — how he suffered,” she recalled in Spanish. “I will never forget his precious face.”

Covered in protective gear, Ms. Quezada, who had recently had Covid-19, reached for his hands. They already felt cold.

Donate now to the 109th annual campaign of The New York Times Neediest Cases Fund. All proceeds go to 10 organizations providing assistance to those facing economic hardship. Make a tax-deductible donation through GoFundMe.

The couple listened to a priest’s blessing online, and she held out hope that he would recover from the virus as well.

About 30 minutes after leaving, she received a call from the hospital: Her husband, Gerardo Campos, had died.

In the days that followed, she recalled in a recent interview, “I didn’t even know where I was.”

When Mr. Campos died in April, Ms. Quezada, 53, who makes minimum wage working part time as a crossing guard at a public school, was left alone to support two daughters and an infant granddaughter.

Already a month behind on rent and unable to pay again in May, she owed $3,300 for her apartment and had fallen $650 behind on gas and electric bills.

In this year of economic struggles during the pandemic, as many as 40 percent of New Yorkers were unable to make rent in April, even with the $600-a-week supplement to unemployment benefits in effect (they expired in July).

Working as a mechanic, Mr. Campos had covered most of his family’s expenses, among them: $1,650 monthly rent for a two-bedroom apartment and $160 a month for gas and electricity.

Central Queens, made up of compact immigrant enclaves like the neighborhood of Corona where Ms. Quezada lives, was among the hardest hit in New York by Covid-19, with more than 7,000 cases in the first few weeks of the outbreak.

Although New York had halted evictions, the family feared falling further behind and losing their apartment.

So, Ms. Quezada’s daughter Kimberly Carrion, 21, turned to Commonpoint Queens, a beneficiary agency of UJA-Federation of New York, and one of 10 organizations supported by The New York Times Neediest Cases Fund.

“All this hit and it’s hard because you feel so powerless over everything,” Ms. Carrion said in English. “I never really understood the phrase ‘What doesn’t kill you makes you stronger.’ But now I understand that a lot better than before.”

Over April and May, Commonpoint Queens provided the family with $5,876 in Neediest Cases assistance, covering three months of rent and utility late fees. The money also went toward baby supplies for Ms. Carrion’s infant.

Less than two miles away in the Jackson Heights neighborhood of central Queens, Maricruz Criollo struggled under similar circumstances.

In March, Ms. Criollo, a 48-year-old widow who supports three children at home as well as family in Ecuador, lost both of her cleaning jobs as the city shuttered. One employer, she said, delayed sending her last five weeks of pay — $2,400 she did not see until April.

Without work or any public assistance, she quickly depleted her savings.

“Exactly in March when the pandemic started, that’s basically when I started to get desperate,” Ms. Criollo said in Spanish.

She scavenged food pantries — leaving at 5 a.m. to retrieve a numbered ticket for groceries, standing in long lines and returning home late in the day, sometimes “with empty hands — without anything,” she recalled.

By June, she had fallen $1,600 behind in rent. She turned to Bigs & Littles NYC Mentoring, which has helped her family and is an agency of Catholic Charities of the Archdiocese of New York, another organization benefiting from The Fund. The agency put $1,000 toward back rent and provided a $500 gift card, both from The Fund, for utilities and other household expenses.

Ms. Criollo has returned to work as a maid at a hotel on the Upper West Side, though the 40-hour week is less than the 60 hours she had clocked between both jobs.

In addition, the hotel is among those lodging some 9,000 homeless people to help prevent the spread of Covid-19 in shelters. Navigating the needs of those struggling most during the pandemic, she said, is challenging. She also receives fewer tips.

Ms. Criollo has fallen further behind on rent, owing $3,861.44, according to her billing statement.

Months of negotiations with her landlord over the rent increase ended unsuccessfully last month, with the company citing her arrears, she said. Representatives from the building operator did not respond to calls and emails.

Meanwhile, Ms. Quezada’s family has slipped two more months behind on rent and owes $642 for gas and electricity.

New York’s eviction moratorium expires at the end of the year. And researchers warn that across the country, tens of millions of people may be at risk of eviction.

In August, after completing a job training program through Commonpoint Queens, Ms. Carrion began working part-time as a receptionist. Although she can now contribute to household expenses, she and her mother hold the equivalent of a single minimum-wage job. They support their household of four with help from Medicaid and $530 monthly in Supplemental Nutrition Assistance Program benefits.

“I’m just going to give it all I’ve got,” Ms. Carrion said, “and see where that leads me.”

Donations to The Neediest Cases Fund may be made online or with a check.