When a new family comes into the White House there are notably a few changes that are bound to occur. It’s no secret that the Obamas and the Trumps had a very different outlook on how they would be spending their time in their new home. And a new article in The New Yorker revealed that the Obama family was partial to having more privacy around the White House staff as opposed to the Trumps, who treated the staff like a hotel concierge. 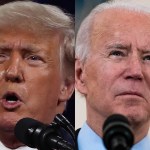 When President Barack Obama and First Lady Michelle Obama entered the White House they obviously also brought along their two daughters, 10-year-old Malia and 7-year-old Sasha. Perhaps in an effort to maintain some sense of normalcy, the butlers are said in the profile to have, “remained more distant with the Obamas, who had never had a staff of housekeepers and craved privacy.”

This is a huge contrast to the Trump approach at the White House. Jonathan Lee, who served in the calligrapher’s office until 2017, said in the profile that the residence staff was treated like a “twenty-four-hour concierge desk.” Being that during his time in office President Donald Trump only ever visited one restaurant in Washington D.C (spoiler alert: it was his own), it’s easy to assume that the staff was more involved in fetching him food and other things he needed throughout the day.

Daniel Shanks, who served as an usher for twenty-two years at the residence, also noted a significant shift in the atmosphere at the White House during Obama and Trump’s years than previous administrations. He said, “The Obamas and the Trumps were the first Administrations when the residence was considered the upper floors and not the entire building. For us, it’s always been that the ‘home’ was from ‘basement to the sniper on the roof’”.

Shanks added, “It doesn’t have the concept of the home of the First Family that it used to, but, again, that’s more societal.” Now it feels more like the public rooms are a museum or a convention center in the twenty-first century.”

Before you go, click here to see presidential families over the years.