For decades, Kalustyan’s has carried those hard-to-find ingredients, and plenty of others that you didn’t even know you were looking for. 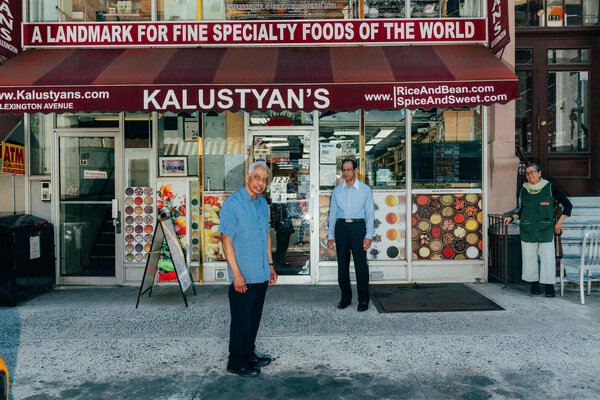 In this series for T, the author Reggie Nadelson revisits New York institutions that have defined cool for decades, from time-honored restaurants to unsung dives.

About 10 years ago, the Indian-born actor and food writer Madhur Jaffrey, who lives in Manhattan, needed kudampuli, a small pumpkinlike fruit, for a number of her recipes. When she couldn’t find it, she went to Kalustyan’s, the prodigiously stocked specialty food shop on Lexington Avenue between East 28th and East 29th Streets, and Aziz Osmani, one of the store’s co-owners, tracked down a source in India. Kalustyan’s now carries kudampuli for much of the year. “We don’t like to say no, so if it exists, we try to have it, or we’ll create a blend, or we’ll get it from no matter where,” says Osmani.

The store, which opened in 1944, was originally a small-scale spice purveyor owned by Kerope Kalustyan, an Armenian man from Turkey. Osmani and his cousin Sayedul Alam bought it in 1988 and have expanded it over the years. It now sells wares from suppliers in roughly 80 countries, not to mention Brooklyn and Queens. And every inch of its 6,500-square-feet of space, which sprawls across three storefronts (123, 125 and 127 Lexington), seems stuffed — not only with spices and spice blends, many of which the store makes itself, but also with every conceivable herb and flavoring, a vast range of coffees and teas, myriad hot sauces, pickles and much more.

You enter at 123. To the right are the checkout counters, staffed mainly by women, some of whom, if engaged in chat, may divulge culinary secrets of their own. On the opposite side are the nuts, including Lebanese pine nuts and gorgeous fat pistachios from Iran. And beyond that are the spices and condiments, lined up on shelves in seemingly endless rows: fresh turmeric from Fiji, holy basil from Ethiopia, black peppercorns from Ecuador and white ones from Cameroon, thick bitter-orange preserve from the Greek island of Khios, organic ghee and tapenades from Turkey, Palestine and Israel and housemade mango chutney.

And still there’s more. Here is Persian ice cream flavored with rose water; here is a habanero hot sauce, bottled in Queens and sourced by Dona Abramson, the store’s operations manager, who is sometimes thought of as the oracle of Kalustyan’s. Even so, this is not so much a temple to food as it is a mind-blowing bazaar of the aromatic, the rare and even the quotidian, like Heinz baked beans and Fox’s U-bet chocolate syrup. There are scores of varieties of rice, the bags and boxes of it neatly organized along a whole wall. My friend Troy Chatterton, the manager of Three Lives & Company bookstore in Greenwich Village and a serious home cook, makes straight for the Tilda basmati whenever he shops at Kalustyan’s. 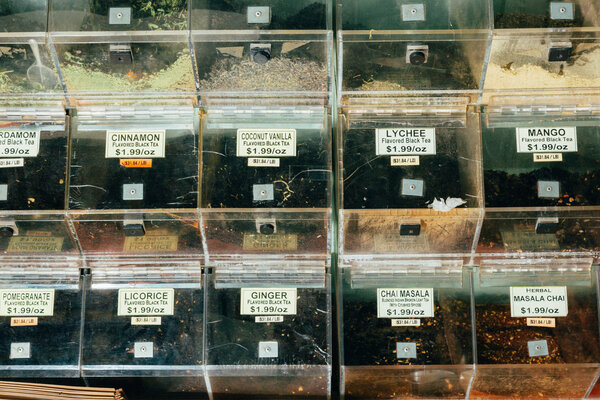 Arranged about the space are barrels and boxes of dried fruit: jumbo prunes; luscious figs; sliced dried persimmon and blood orange; white dried mulberries, which look like little pieces of human brain. “Try this, it will change your life,” says Abramson, who is holding out a fat orange-gold Uzbekistani apricot with a pair of tongs to me. Sweet and succulent, it conveys the essential nature of the fruit. Kalustyan’s was indeed something of a lifesaver, if not an all-out life changer, during lockdown, when people took to cooking as if to hang on to their sanity. “I needed green cardamom for a curry recipe I was tinkering with,” says the publicist Sarah Hermalyn, who works in the food world. “I knew Kalustyan’s would have it, and of course they did and obviously I had to grab some Medjool dates and Sicilian pistachios on the way out.”

As I move farther into the shop, I encounter Alam, who mostly oversees financial and infrastructural issues, while Osmani is in charge of research and development. And the store is truly a family affair: Alam introduces me to his wife, Rubina, who manages the boxed tea department and cookbooks, among other things.

In 1968, when Alam arrived in New York, there weren’t many other Bangladeshis in the city. He had earned a diploma in mechanical engineering in Chittagong, where he was born, and would study the same subject at New York’s City College. He graduated in the early ’70s, when the job market wasn’t great, but he saw a gap in the spice market. And so he rented a small space on the corner of East 29th Street and Lexington Avenue — that once-Armenian part of the city just south of Murray Hill that was by then increasingly home to Indian city dwellers (and is now often jokingly referred to as Curry Hill) — and began selling spices and sweets.

“I was a bachelor, and I didn’t know much about cooking,” Alam says. “But I did some work for the Bangladeshi consulate, so I met people from other places, especially the Middle East.” Many of them came to his shop. “We were like the United Nations,” he says. He went on to open a handful of restaurants around town, including the much-loved Curry in a Hurry, which he has since sold (it’s located just next door to Kalustyan’s). In 1982, Osmani followed Alam to New York from Bangladesh and six years later, they bought Kalustyan’s together.

In time, the extra space from the additional storefronts became a necessity. In part because of the fashion for fusion cooking, Alam explains, Kalustyan’s now stocks more than 300 spice blends, as well as single spices. “And peppers and salts, black pepper, pink pepper, blah, blah, blah,” he says, grinning. “We get chefs, immigrant families, Asian and Middle Eastern customers,” says Osmani. “We get elderly people who want the things they’ve always loved, and younger people who want to try everything new.” In fact, I don’t know anyone in New York who likes to eat or cook or bake who isn’t a partisan.

Chefs and writers who visit the store frequently consult Najmoul “Nigel” Choudhary, who’s been with the company since 1975 and whose portfolio includes research and development, medicinal herbs and salts and seasonings, about the flavors of various fruit powders or dried chiles. And then there’s Abramson, who is invested in food — in eating it, cooking it, growing it (she plants tomatoes in her upstate house in Saugerties) — more deeply than almost anyone I’ve ever met. Working from a desk at the back of the store’s first floor, she is embedded in Kalustyan’s like a general in the field. But she is always on the move, eager to show you just one more thing that she has added since joining the store in 2013.

“A few years ago, Yotam Ottolenghi’s cookbooks became popular, and people started asking for rose harissa,” she says. “I tracked down the brand he mentioned, and now we import it from the U.K. We buy 50 cases at a time.” In the last decade or so, she realized “that cocktails were becoming huge.” On the third level are all the fixings: orange bitters, chocolate bitters, hibiscus, lavender and oak bitters, Mexican mole bitters, Jamaican jerk bitters, peppermint and yuzu syrups. I’m eyeing some dark cherries in brandy when I meet Anthony Baker, a well-known mixologist who has worked at the Crosby Hotel in New York. “I come here at least once a week,” he says. “I can find absolutely everything, including dried blue lotus slices for a cocktail garnish.”

Everywhere in the store, people are engaged in conversations, often with strangers, shooting the breeze about star anise or fennel pollen, about salt ash for making cheese, or — on the very top floor, where the cookware and cookbooks are kept — admiring the beauty of a Moroccan glazed earthenware tagine. “You can get any kind of utensils at Kalustyan’s,” says Beatrice Tosti di Valminuta, who owns the East Village trattoria Il Posto Accanto with her husband, Julio Pena. She’s right. There are Indian tiffin carriers, ghee pots, woks, a noodle press and falafel molds.

At a time when food and cooking have become perhaps more central to daily life than ever in New York, Kalustyan’s plays a leading role in sustaining the city’s hungry and diverse population. In fact, I have often thought, “Why bother fighting your way through an airport when you can just take the 6 train to Kalustyan’s and taste, smell and shop the whole world?” As Valminuta says, “In terms of spices and much else, you can find anything that exists on the planet there.”